Today turned out to be a very much a ‘stay at home’ day during which I reflected on the value of reading. This morning, I decided that I wanted peaceful background music. So I switched on my Internet radio and found a channel called ‘ABC Piano‘ which is continually broadcasting pleasant piano music of the classical variety. I find it less disruptive than having the television on. On TV I find  the commercial breaks especially jarring, which is why I record a program on commercial television and then watch afterwards, flicking through the advertisements at 30x the speed of a normal programme.

I do miss South Africa, and particularly my friend Alida whom I have known for nearly 20 years. She is now suffering from an aggressive form of cancer. She gave great hospitality to us on the numerous occasions that we been out there. Now, I’m not sure whether I could cope with a 12 1/2 hour journey , but conditions have changed alas. I was listening to Cape Talk at lunchtime today. Blatant corruption continues in South Africa and has to be seen to be believed. The electricity company Eskom bought out a report yesterday and report waste of millions of Rand of income. In Soweto only 12 1/2% of people actually pay their electricity bills.

This means that the rest of the country has to fork out and subsidise a very inefficient company. I also heard that there is a political movement specifically for black people who want to take over the land of white farmers. This is a disaster because the land goes to rack and ruin because they don’t have enough expertise or the will to manage the land properly.

I heard back from my friend who lives in Cape Town. She says in response to my query about the country “NO the country is not coping. Even the Directors at the Post Office have day time jobs. They just claim salaries – and I can guarantee you – its not peanuts. That is why we are heading to junk status. It is very sad. Our electricity bills are so high for the people who actually pay and the rest are just not paying or stealing electricity and shocking themselves to death, and their children. The employment figure is 29% which is 6.7 mil and that brings break ins into our houses etc..”

My partner Francoise is particularly interested in HeartMath, which aims to restore the natural rhythms of the mind brain complex. She has commented to me that cumulative media exposure is considered a source of trauma, so-called secondary traumatisation, especially for children, because it excites the nervous system. Children and indeed adults do not have the ability to deal with the implications. You could say over excitation of the nervous system is incompatible with thinking.

Incidentally, a couple of days ago I changed my mobile telephone service provider from O2 to Sky TV. Prior to the move I was paying £16.20 per month including that for the service. that I am now going to be paying £4.50 a month, plus VAT.  Unfortunately, I mistakenly believed that my original phone was unblocked. Unfortunately, it is linked to the service provider so I have to wait to get a code. Funnily enough, I don’t miss the mobile phone which by the way, was originally created from technology designed to serve the military in the USA.  In a way I realise that I was tethered to it because of useful information it might give.

I shall try to use it from now on as an ’emergency only’ system. The problem is that my Sky landline phone service charges ridiculous amounts, I think it’s £.22 a minute even for local calls plus connection charge so that is the downside of getting a bargain on landline and Internet services. I cannot use a land line during the day without paying extra charges so I am encouraged to use Sky.

So all that is just a prelude to the main topic which  is about reading. I’m currently going through Frank Furedi’s book “where have all the intellectuals gone?”. I admire him like I admire Jordan Peterson. He gets to the root of problems, fearlessly and honestly. I’m just getting into Frank’s book but he claims that the role of the intellectual is not what it was, the role is less respected, and now with the absence of absolute moral standards the greater interest is in comparing thinking patterns. In my view this as a very short half life compared with sticking to an agreed code of behaviour, a moral code.

People are sniffy and dismissive of the term ‘moral code’ but this is what has kept this country of the United Kingdom going and over the last few decades under the influence of agnosticism and atheism and I must say the influence of the USA with its dumbed down culture, the intellectual capital is participating and disintegrating.  I suppose I am an intellectual in that I enjoy ideas for their own sake as a form of food and I enjoy imagining how society could be if different standards pertained.

Intellectual discussion, as opposed to recycling prejudices, requires effort and the realisation that we are more than physical bodies trying to survive. This in turn requires a certain faith in something greater than ourselves which considering the state of the world as it is in the moment should not be too difficult. Such discussion I find for the most part is impossible with people who have not reached a certain standard of education. As soon as you mention the point of view that is countervailing to their own. They shut up like a clam. I’m not even talking about such subjects as smart meters, 5G, aliens, 911, but subjects challenging the way we live. If that is the word. the physical survival level is only one of many. So what is to be frightened of with looking at other levels? Is it some sort of threat?

Disagreeing on something while respecting the view of the other person is something that I enjoy, but for some reason this is considered impolite or out of order and people who express contrary views are regarded as odd. . Don’t even think of going to America, where Christianity is equivalent in some people’s minds to terrorism. What is so harmful about thinking? Most of us have read or at least know about, 1984 when thought crimes prevail, where books no longer exist, where pre-crime patterns are detected and dealt with as if they were actual crimes. I feel we’re getting to this dystopian situation slowly but surely and 5G and its resultant ability to control everybody’s minds individually – yes, literally – will be the nail in the coffin. 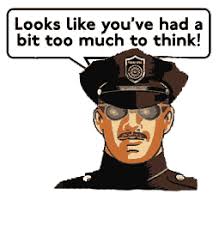 I feel a duty to fly the flag for the human being and for free will and for the thinking process itself, which I regard as sacred.

Without it, I would feel just like a drone or a part of the machine. One of the reasons for writing this diary is the fact that you either “use it or lose it” with your brain which does need exercise on a daily and I would say hourly basis.