Though some years, in fact for most of my life, I was skeptical or perhaps cynical about coach trips never mind tours. I suppose years of traveling by National Express, bus instead of the train, partly broke down my prejudices but I had to do an actual coach tour to see what it was all about. The population of coach tours are pretty much standard so far as I can see, normally fairly senior people, normally in couples with one or two single people along for the companionship. Working professionals with children do not choose this route. I estimate that 90% of the people traveling are retirees. Of those, quite a number have a sense of humor, get on well together, and just like the idea of doing things on the cheap. Many cannot drive so the idea of being driven around is appealing.

If a company chooses a resort for you would probably means that it’s got a reasonable reputation so you are protected from being exploited at least to a certain extent. I find if there is one joker on the bus, it is infectious and everyone has a laugh at one time or another. An additional factor is that people like laughing at themselves and mercilessly tease people who are late. They do far more effective job than the tour guide. With these thoughts in mind, we scramble on the coach and off we go.

Yes, there are loos either in one corner or buried under a seat half way down the coach by the middle, though you have to be an athlete to use one.

We left Leeds at 10 AM and arrived at York about 11 o’clock and were dropped off near the station not far from where this picture was taken.

It’s amazing how in addition to the flooded by water, flooded by tourists is how I see it and all I can say is if you go in the main tourist season it must be absolute hell.  Remember, this is mid-February with rain threatening. The local authority and the businesses have figured it all out and make sure they get every last penny out of the tourists. I would say that York and Harrogate are the two main moneymakers in Yorkshire. I had plans to go to the railway museum, this or that art Gallery, but realise that in the 4 hours 15 minutes allowed we might sensibly just enjoy ourselves and walk around. 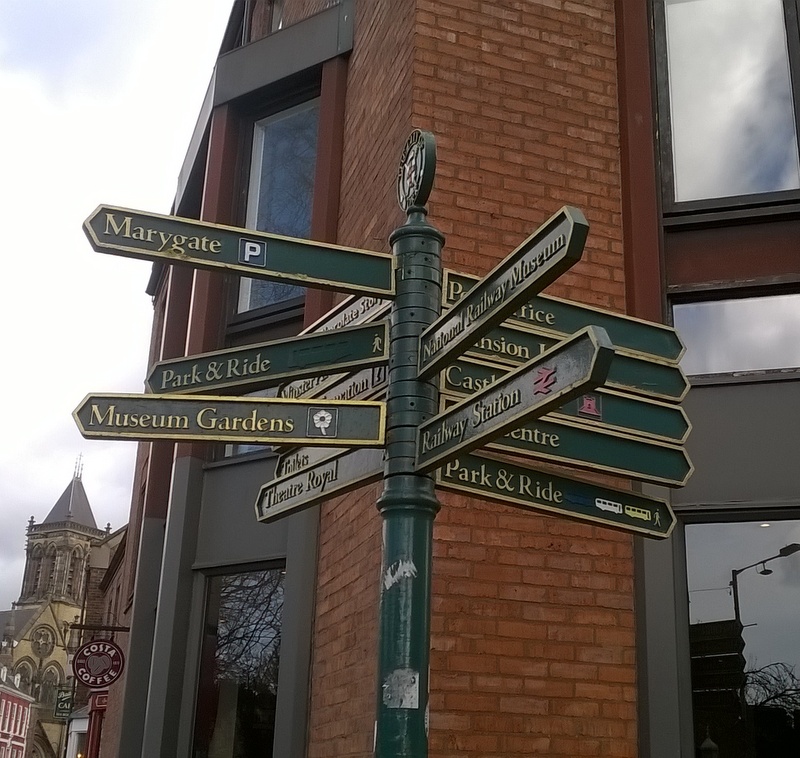 There’s an awful lot to see within a brief circumference. Historic York probably encompasses about 4 mi.² and it is chock-a-block full of historic buildings as the pictures will show. 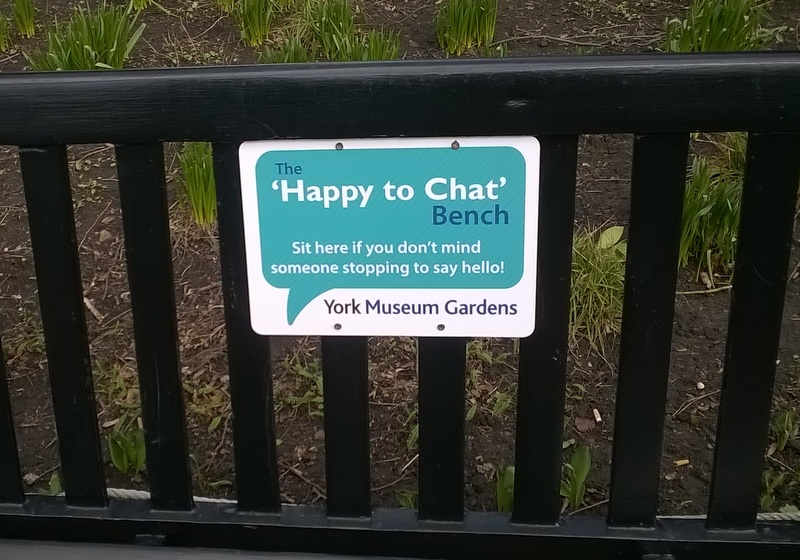 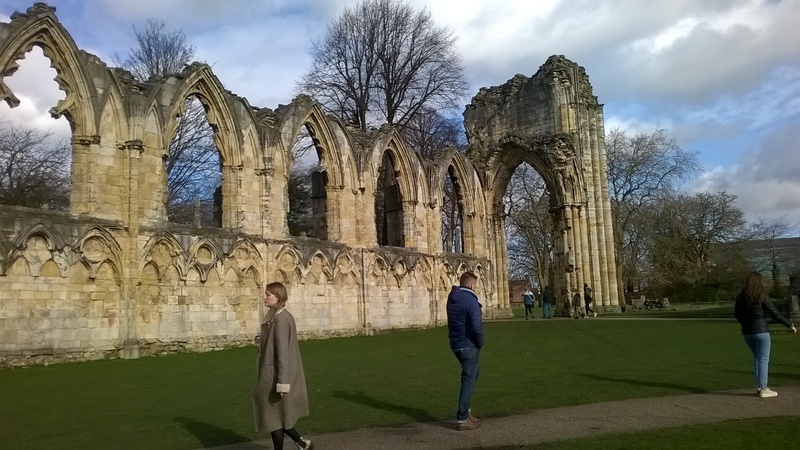 We were tempted to go into the city art gallery but noticed that the queues were very long and this was because a tax-free donation was included in every ticket and people in addition to paying have to give their names and addresses. 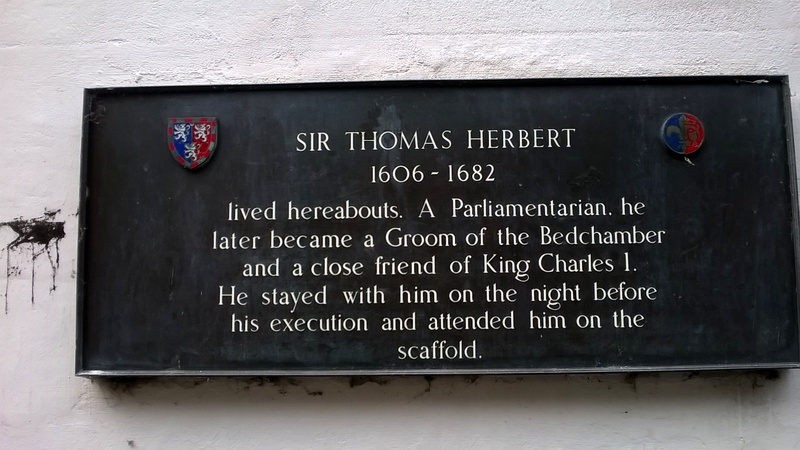 We were about number 10 in the queue so decided to give that a miss. A tall dour Yorkshireman gave me a lecture on not using the letter H. Hence ‘uddersfield, ‘ull, and the like. Yorkshire people have a great sense of humor and will chat to anyone given half a chance so you can say we had a lot of free entertainment. One of the best bits was walking along the old wall which goes on for over 2 1/2 miles and takes an hour. I believe the original wall was built around 71 A.D. when the Romans erected a fort occupying about 50 acres in total near the banks of the River Ouse.

When I return, I will go and see the railway museum which is a ‘must’ and one of the leading ones in the country, Swindon being the other example, if not Europe.

I will also take my time and walk around the wall itself. We do have a unique history of railway development and it is well worth a view.  Allow 3 to 4 hours to get the most out of it.

We were due to assemble in the coach at 3:15 PM.  Most of us did except to people.  The driver waited until 330 and then off we went.  We never discovered what kept the couple from boarding but they had to make their own way home.  As with ships, you keep to the rules, never be late.