You will have to wait a little bit to find out what the film was.

Last night, Saturday night, I had the feeling that we should go to Bristol and in particular visit the Royal Photographic Society at the rather strange address of Gallery, 337, 340 Paintworks, Bristol BS4 3AR.  We do seem to pick our moments as the morning was not short of showers so we found ourselves on the 376 bus from Farringdon Gurney to Bristol which rocketed us through in about 30 minutes. On the way from the bus stop we walked along some amazing side roads including the steepest hill I have ever seen in Bristol (Park Street, Totterdown), there may be steeper ones but in this case I felt quite insecure walking down the hill because it was so steep. Earlier that day there had been a shower of hail and snow some of which remained on the cars so that did not help my grip. 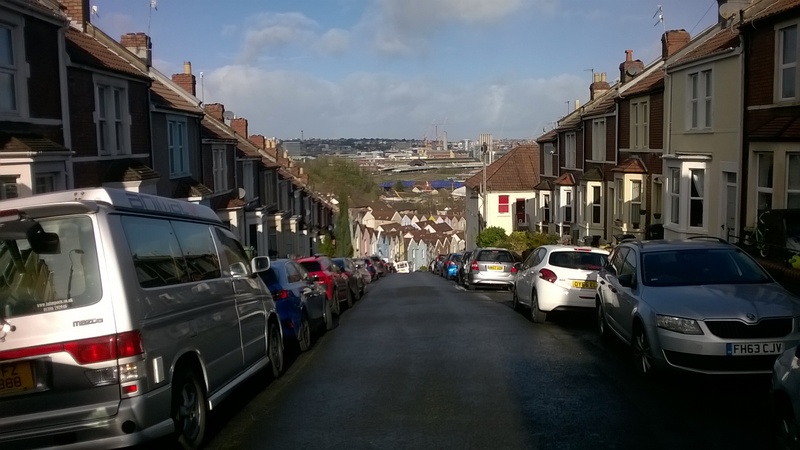 I’m having to wear sunglasses because I find the sun is now so bright it causes spots to appear in my eyes and I cannot read text.

A further entertainment along the way was a lovely work of street art. 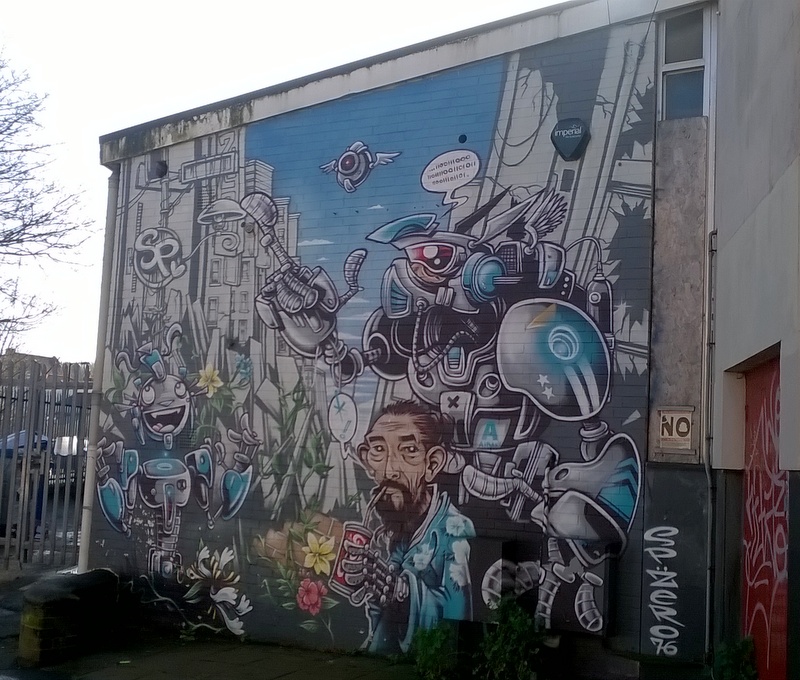 Bristol does excel in this and while I’m on the topic here is another one which I saw on a building adjacent to the river bank, that’s the Avon River by the way. 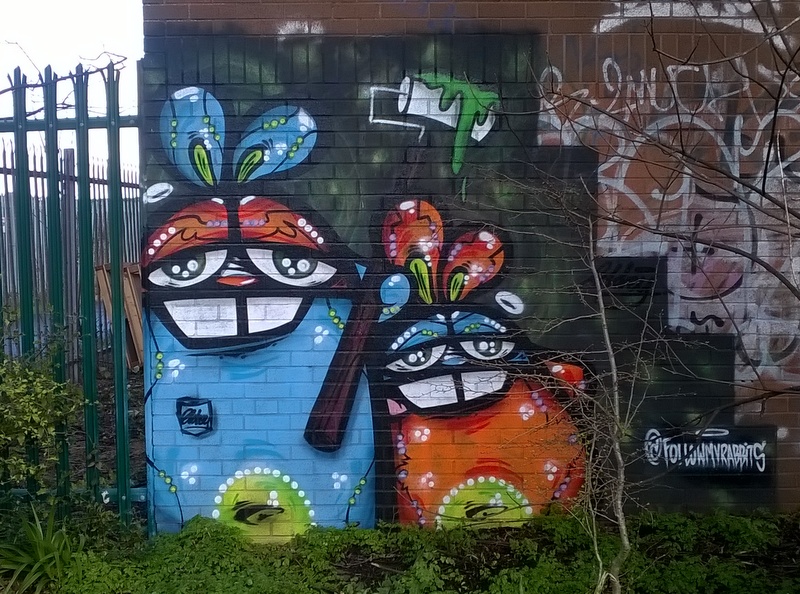 On the way to the photographic gallery, I was impressed by the fact that the whole local area have been built up from bare ground into an exquisite mixture of businesses, shops, lovely Scandinavian looking apartments and had I chosen to seek to live in Bristol I would kill for one of those. 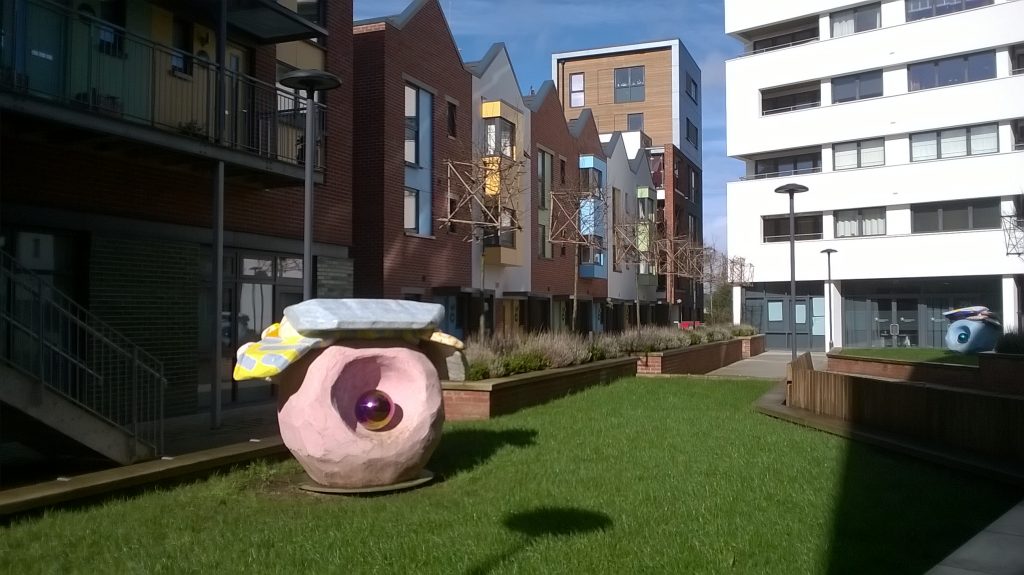 The photographic exhibition itself was so impressive that I said to the lady on reception and if there were a few more exhibitions of this quality it would not be necessary for me to go to London. They have regular free talks and we have signed up for the mailing list. Here are some examples from the hundred or so works on display. 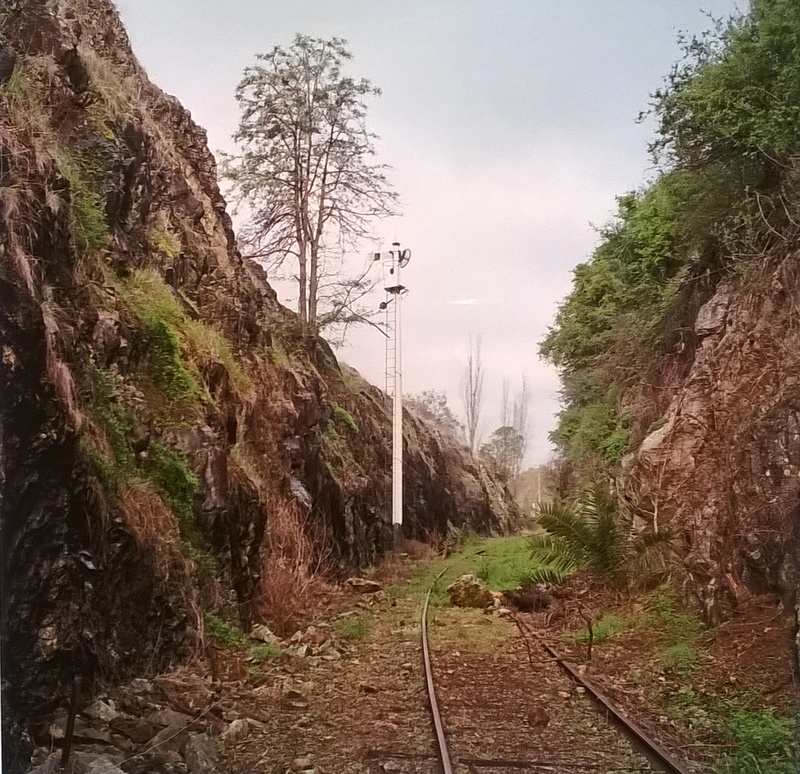 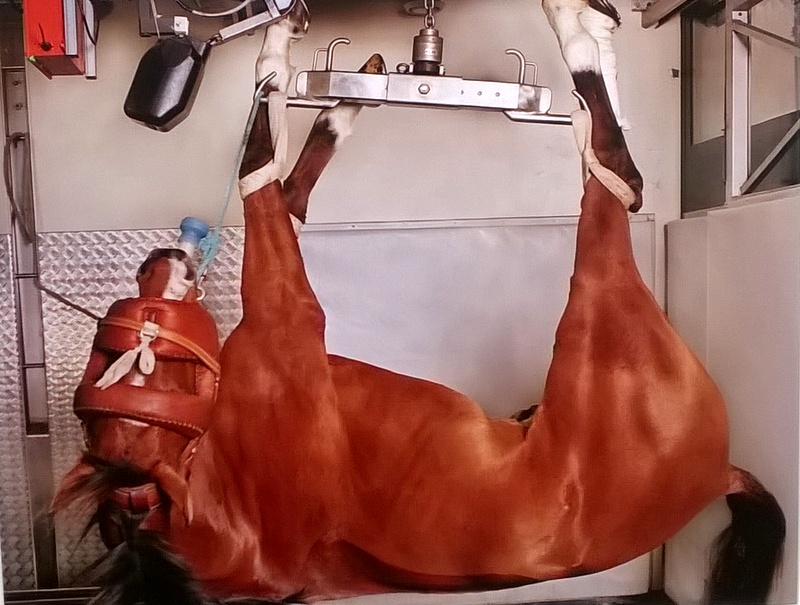 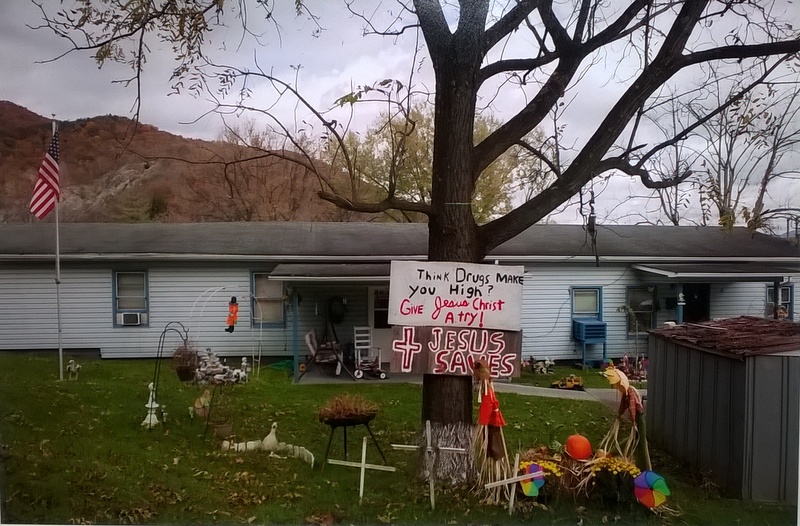 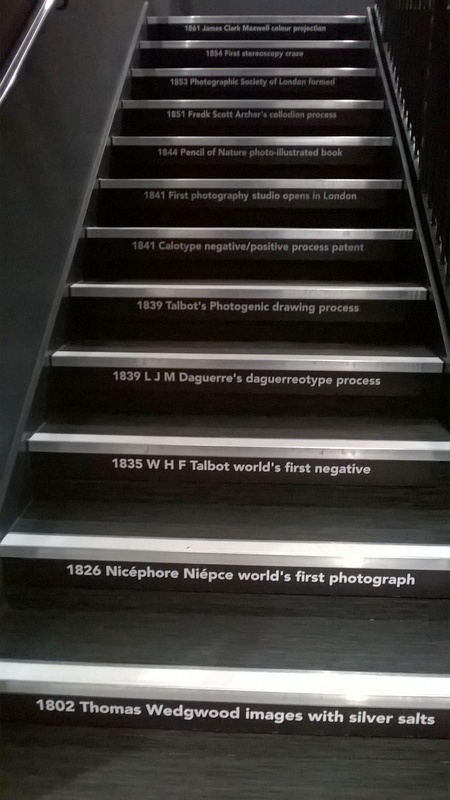 A very original method to remind people of the history of photography, writing the main dates on the stairs.  I liked everything about this place.  If you wanted tea and coffee you could just make it yourself with the materials supplied, minimalist style and laid-back and understated.

I did not know that Bristol was the headquarters of The Royal Photographic Society of Great Britain. I hope to be a regular attendee.

This was a day for serendipity. We were walking by some of the Norwegian style apartments when a young couple opened the door and came out.  We engage them in conversation as we do with anyone who has a pulse, and before we knew it we were being invited into the house, the ground floor anyway, to see that this was a combination of working space suitable for a sales outlet and private accommodation upstairs.

Jim Green is a potter and produces very high quality pottery; he allowed us to touch it and have a feel – very sensuous I must say. I was motivated to give him some advice about how to do the best to sell his work to the general public and when I got home enjoyed writing a long and detailed letter to him.  I just love it when you’re in “the zone” magical things happen by way of meeting; this was not the last significant meeting of the day by any means.  Anyway we chatted away for about 20 minutes.

Off over a yellow Iron bridge to a path which took us nearly all the way to Bristol Temple Meads station. In my fantasy, I think of myself as the honorary chairman of British rail because I think I could do much better.  On a Sunday, not a working day, there was plenty of activity with trains going to Edinburgh, Swanage, Penzance, you name it.  The ticket inspectors on the gates are very alert.  A chap dressed in a duffle coat tried to sneak through by putting his head down and walking slowly but the inspector, who I’m sure has seen this type of thing dozens of times, ran over and caught up with him and asked to see his ticket.

He was actually traveling on yesterday’s ticket, that being 29 February, (happy birthday to all of those who are lucky or unlucky to have their birthday on such a day). He was swiftly detained and taken over to a corner to explain himself.  I never saw what happened. I’m sure that when you’ve done the job of ticket inspector you get a good sixth sense about who is trying to do what. This is a bit like people at immigration and customs at an airport. 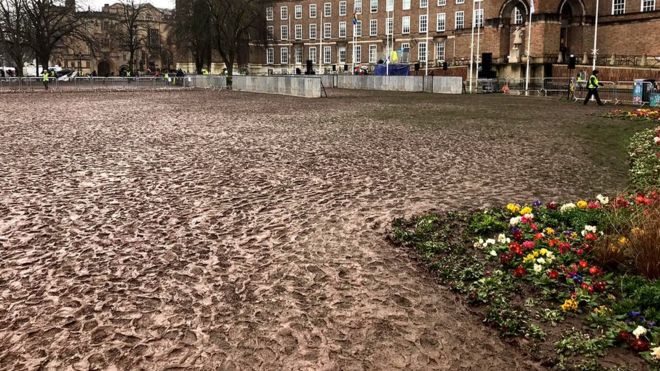 We jumped on a number 8 bus and went to College Green to see the complete mess that Greta and her cohorts have made of the grass.  It was really churned up like you wouldn’t believe and that’s from a police estimate of 15,000 people not the original estimate of 30,000.   I understand that Bristolians have gathered some of the 20,000 pounds that will be required to repair it.  We then went to the Watershed which is a combination of a cafe and a subsidised cinema – thank you Bristol Council – and saw what I am about to describe as the worst film I’ve seen for some considerable time.  I gave it 4/10 on the comments board and during the film I was aching to get out.  It was called “Little Joe”

The story is about chemical researches growing flowers cultivated so that when they exude pollen feelings of happiness are caused among those who inhale the pollen. The subjects are not aware that they have been changed, and think that other people are the problem. The script was wooden and almost juvenile without any attempt at sophistication.  I know what they wanted to do which was to create a dystopian feel but all it did was make me feel irritated. I nearly threw up on one of the younger science assistants told the main researcher the he had feelings for her and had fallen in love with her.  He kissed her at one point unconvincingly.  How amateurish can you get. Was anyone actually directing this film?

We also saw a young boy of about 12, the son of the researcher that wanted to live with his father. He ended up living with his father who lives in a   cottage in the middle of nowhere and meanwhile the research had gained a first prize at a science fair which means that everybody looked out for the profits and forgot about any morality of changing people’s lives for the worse. If I want to see human nature at its worst, I can tune into American TV or simply sit in the street for a bit and watch.  Françoise appeared to enjoy it so I’m very happy for her but for me it was not sophisticated enough.  See what IMDB says about the film.

The film finished just as we were about to have a meeting with the lady Françoise met yesterday and I spokee with on the phone later on in the day.  She works for an organisation called Christians Against Poverty, CAP, and had many interesting stories to tell us about how breakthroughs can be made if your heart is in the job.  The biggest debt she’s had to deal with was 80,000 pounds and the smallest  was 600 pounds. Basically people are either anaesthetised or in denial.  Many people do not have the necessary writing and reading skills to conduct their own affairs and she often turns up to a client with a months worth of un-opened letters on the floor, many of a threatening variety.

I’m very impressed by the fact that they always offer to pray with their clients.  To one client who said no thank you, the worker said that she would go outside and pray in the car.  The next time she visited the client and asked the same question, the client said that the worker might as well stay and do the praying with her anyway.

She said you should never judge by appearances.  The company, CAP, was trying to raise money. A scruffy couple turned up with the man wearing trousers tightened up with string who produced 200,000 pounds cash to support the company and buy bonds. She gave many examples of synchronicity.  She was asked to do a job interview by telephone while she was at a shopping outlet.  While she was talking, a woman passed her, tapped her on the shoulder and told her she would get the job.  The interviewer heard this and asked what it was about and when told said “well you better have the job then”.  She never knew who the woman was.  We are reminded that everything works together for those who love God.

I was fascinated to hear how patient she was in dealing with people and how necessary it is for workers to have their own peer group support because otherwise you take your job home with you and may find things a bit much.  She told us she would be delighted to offer her services to come and give a talk and I said I would have a chat with our local men’s group to which she replied that some men’s group prefer to have only men speaking but I will make enquiries and see what happens. 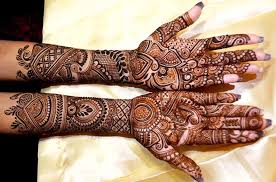 At Bristol bus station we met a  chap who had just returned from a wedding in Mumbai. He had obviously had a long journey but was upbeat nevertheless. The henna that tradition dictates should be used on the hands of guest was still on him.  We chatted about different customs of marriage which depend on the religion.  One religion has no alcohol, another religion has lots of alcohol.

It turned out that he was a research scientist looking at the energies of the planets and the sun.  He said that on the surface of the sun the temperature is 5600°C  but a few miles aboveit varies from 1 million degrees C to more than 10 Million degrees C.  (Ed- not sure if I got these figures right).  ‘We don’t understand why’ he said.  I postulated that there were lots of types of energy perhaps to do with gravity which we could not measure.

So, on to our bus. No time in the bus station is complete without a whinge on late or no service and this ritual was duly observed. We drove through the dark countryside with the wind blowing and the occasional squall of rain.  Job done I think. Travel on Sundays is great, there is not much traffic.