BBC2 are running a series of retrospective biographies about the greats of the past. Yesterday it was Orson Welle 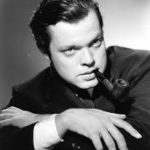 s with his incredibly measured oratory. Citizen Kane was one of his great successes. He was found dead at the age of 70 in front of his typewriter writing yet another script. I loved his presence and measured style. 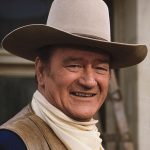 incredibly American family orientated role model persona.  On a sunny Sunday afternoon after lunch this is little short of a serious journey into nostalgia, the type of homesickness for better things, a return to a past period when things are better than they are now. If you take away the technology factor I think the community spirit was better decades ago when people regarded 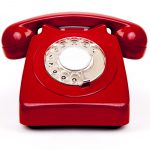 each other with respect, when people were polite, obeyed the rules AND we managed without mobile phones. There was what we called the ‘telephone’. You ‘waited for a call’. You ‘dialled’ somebody.

I love watching the way these people were interviewed. They were given time to respond, not being interrupted every five seconds like these smart arse know-it-all interviewers. They were allowed to develop a narrative, the interviewer following them in this story rather than interposing their own agenda.

I’m engaged in frequent correspondence with my groups that I have known over the years.  For some reason, I wrote a piece in response to a ‘best wishes’ letter about my vote “if animals ruled the planet.

This morning, Sunday, we had our first virtual Sunday morning service with our new priest. I had previously warned the person who I thought was the host to have a rehearsal. Their response was that they had tried it the day before and it seemed to be all right. However, that’s quite another thing from having a proper dress rehearsal moving through what is actually going to happen.

To say that it was a shambles was an understatement. There were 36 people on the call and the vicar, with his guitar, was in the garden of the vicarage preparing to lead the service. So far, so good, as was the introductory video and music.  However, shortly after the start, along ran one of his children and pulled down the music stand and all papers with it. His wife came along and rescued them. The meeting then started with a prayer and a form of service. It was clear that there was little communication and understanding between the person who was operating the laptop computer and the vicar.

In addition, the material had not been prepared properly. A version of a prayer, and a version of the new Testament lesson, whose spoken form was different to the version of the material on screen. The host did not know how to move from one screen to another and had to be given instruction during the service.   Also, the vicar asked for participation in the confession and at the same time someone had switched off everyone’s microphones;  this could not be overwritten on an individual level. And again as another part of the service, someone had left their microphone on so we heard domestic noises.

The virtual congregation put up with it in their usual stoic fashion as one does but I felt the whole thing very disturbing and lacking in continuity. At the end just before the blessing, one of his children came and took one of the sheets of paper on which the blessing was written. That had to be rescued by his wife. He made a joke out of it but I felt the dignity of the whole occasion was compromised and especially for me, acutely sensitive to sound and context, the integrity was compromised.

I’m sure they’ll get it better next Sunday but why oh why do people forget the simple procedure of rehearsing. You would not perform a play without a dress rehearsal so why not do the same for a church service?

This is from a book by Matthew Walker called “Why we Sleep” and is discussing the ancient origin presumably embedded in our DNA of biphasic sleep patterns, napping in the afternoon and sleeping at night. The volume was recommended by my doctor and it is certainly a good read.
Accepting that biphasic sleep is our natural pattern of slumber, can we ever know for certain what types of health consequences have been caused by our abandonment of biphasic sleep? Biphasic sleep is still observed in several Siesta cultures throughout the world, including regions of South America and Mediterranean Europe. When I was a child in the 1980s, I went on vacation to Greece with my family. As we walked the streets of the major metropolitan Greek cities we visited, there were signs hanging in storefront windows that were very different from those  I was used to in England. They stated:  open 9 AM to 1 PM, closed from 1 PM to 5M, open from 5 PM to 9 PM

Today, few of those signs remain in Windows shops throughout Greece. Prior to the turn of the millennium, there was increasing pressure to abandon the siesta – like practice in Greece. A team of researchers from Harvard University School of Public health decided to quantify the health consequences of this radical change in more than 23,000 Greek adults, which contain men and women ranging in age from 20 to 83 years old. The researchers focused on cardiovascular outcomes, tracking the group across a six-year period as the siesta practice came to an end for many of them.

As with countless Greek tragedies, the end result was heartbreaking, but here in the most serious, literal way. None of the individuals had a history of coronary heart disease or stroke at the start of the study, indicating the absence of cardiovascular ill health. However, those that abandoned regular siestas went on to suffer a 37% increased risk of death from heart disease across the six-year period, relative to those who maintain regular daytime naps. The effect was especially strong in working men, where the ensuing mortality risk of not napping increased by well over 60%.

Apparent from this remarkable study is this fact: when we’re cleaved from the inmate practice of biphasic sleep, our lives are shortened. It is perhaps unsurprising that in the small enclaves of Greece where siestas still remain intact, such as the island of Ikaria, men are nearly 4 times as likely to reach the age of 90 as American males. These napping communities have sometimes been described as “the places where people forget to die” From a prescription written long ago in our ancestral genetic code, the practice of natural biphasic sleep, and a healthy diet, appear to be the keys to a long – sustained life.