In a previous decade I ran a large social organisation in London called London Village which attracted as its peak 3 1/2 thousand members. During this time, I got a very good understanding of people wishing to make a new start for whatever reason. I was able to observe first-hand people who joined to had obviously just finished with a relationship and were feeling a little bit battered. I also saw people who had just arrived in London and didn’t know a soul and wanted to get their social lives going.

Here is a very brief summary of how you might want to go about and do it. People come in to our lives for a purpose, it could be a short relationship or a long relationship, intimate or otherwise. One fine day you realise that you have enough and it’s time to move on. The most important thing to realise is that it is not personal. Step one is to sit back with a friend and think what you learned from the relationship. Step two is to think about what it is you need. It could be to learn to stand up for yourself, or that you’re not ready for a steady relationship, or that you need certain types of personality and not others. The point is that you probably could not have learned this from reading a book, you have to go through it. So, join 99% of the world’s population, you are not exceptional here. Step three – If you could, please take a deep breath at this point, forgive not only the person but the situation that gave you pain, which the other person or people the best of luck in your hearts in their efforts, and move on.

Healing will happen automatically because it’s part of the survival mode of the brain and mind. However, healing can best proceed if you don’t think about the subject matter. If you hold a person in your head and subject them to mental and emotional battering, the healing will cease forthwith. I recommend people who came along to join London Village that they just enjoy themselves. Just forget about attracting someone because the attraction happens automatically when there is resonance.  This is where forgiveness comes. If you don’t forgive, you will attract people but surprise surprise they will also be people who are recovering from a relationship. If I had a fiver every time I saw this happen I would be very rich by now.

There is safety in numbers. Unfortunately, many of us have lost their trust and we have invisible software programs running in the background to be ‘en garde’ and not open ourselves up. Lack of trust, like a virus, can spread to absolutely everything and this means that we can miss out on experiences that we would really benefit from.   There is a lot of nonsense about the virtues of being “in a relationship”. I have known people who are single, who have a wonderfully fulfilled life and a ton of friends. I’ve known people who are married who might as well be in prison. I think the main thing is to love and accept yourself, in other words to marry yourself, and the rest is a bonus. 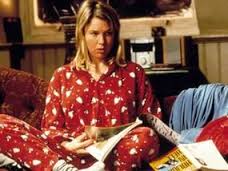 I’m also quite sure that there are some people who are not destined to have a partner in their life and that they are going to get more fulfilment through being married to an ideology or profession. Society today is much more tolerant of different lifestyles. I know some societies that are so conservative that if you are not married at 21 then you feel that you’re on the shelf and the sooner we can get rid of this nonsense the better.