What a perfect day to take our friend for a walk. We entered the tow path about 3 miles west of Bradford-on-Avon, Somerset. The weather was so good that it brought out far more cyclists than was compatible with walking in a safe and carefree manner. As usual we had a lot of interesting conversations including with a man who had just bought an electric bike which he explained in great technical detail. It has 10 gears and four power settings, the least of which, the so-called eco, is for use on flat ground and increases the speed by about 60 percent.

He was shy about the price but I guessed it was about £2000. I know that the battery itself is probably about £300. He used it when he went for excursions with his wife. They go along the tow path, he cycles, and when they have reached their destination he goes back to get the car. The reason is that his wife is less able to walk than himself. 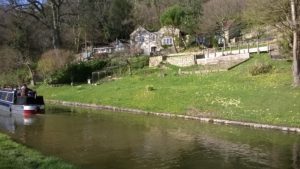 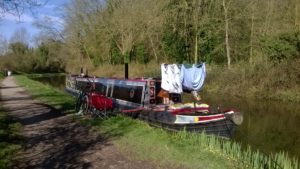 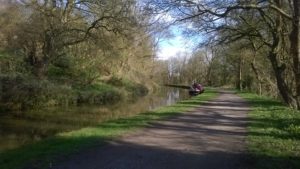 We also chatted with two South African ladies and wondered when Zuma the president would finally step down. the Rand is now 16 to the pound, it was 20 when I was there. The electricity supply continues to be a problem due to lack of investment in the past and one of the ladies said they had recently been without power for three days. She said that Durban had become a more violent and dangerous city. I like the way the people you have never met before are so candid mainly they know that they can say what they like without any fear of feedback because of the anonymity.

The whole walk took about 3 1/2 hours at a very leisurely pace and for one of the first times in the year the sun had some power to it.

in the company of my friend Andrew who has come down from Manchester we went to a so-called Tutors Jazz Night composed of the tutors and some of the pupils from the music school of Bath spa University. it’s not a brilliant picture below but it gives some idea of the atmosphere. The chap on the left, the pianist, was one of the senior lecturers and seemed to be in control of the proceedings. 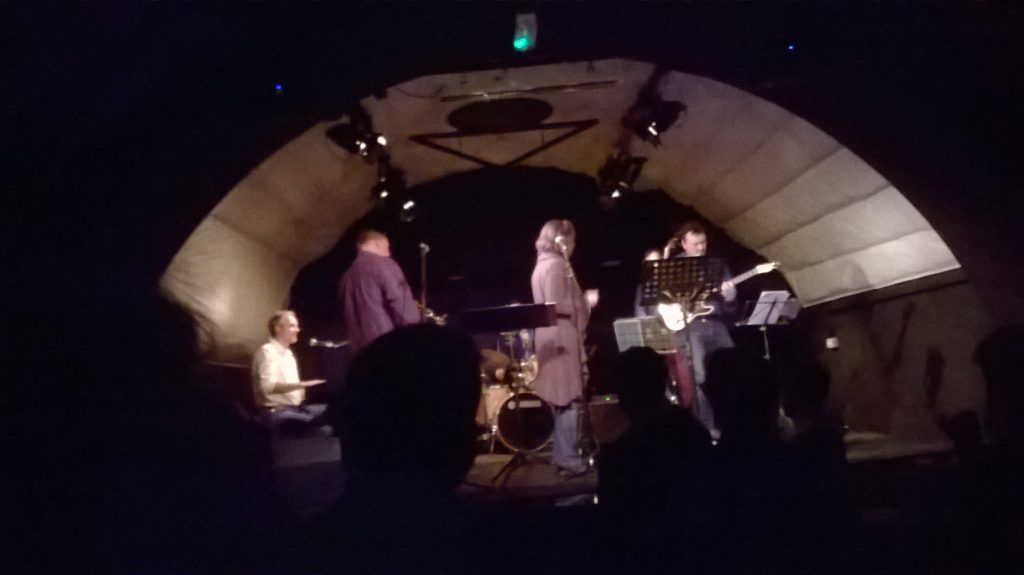 We arrived about eight o’clock and found we were the last people and managed to secure three seats. It was not in a charismatic place, more like a glorified Anderson shelter on a big scale but the atmosphere and the music was just wonderful particularly when people are tempted in front of us something they had never tried before. The atmosphere, the sharing, the rapport between the players was something I had not experienced for years, entirely my lazyness, and Françoise and myself decided to attend musical events more regularly.