We try and have a least one day out every week. This is not so easy when the gardening season is in full swing or when Francoise is attending Yoga or painting classes. We went to see “The Sense of an Ending” at the Little Theatre in Bath.

Prior to that we had our usual Gorge-Fest in Jimmy’s restaurant where for a very moderate amount of money you get an ‘all you can eat’ three course meal.

Soup of the day, various salads, 14 choices of the main dishes –  Chinese or Indian or Mexican. Cakes, sweets, ice cream, chocolate fondue (the best-known germ collector I have ever seen) choreographed by the ever welcoming and polite Indian staff.

I tend not to go during school holidays. Very generously anyone under 10 years of age gets fed free but this does result in a lot of noisy people and I’m one who likes to eat in peace.

Unlike most buffet restaurants they have a selection of rather good photographs and artworks, of which I have given two examples.

You can always tell the professional buffet eaters.  The novices pile everything on one plate. They mix salad, meat, fish, and gobble it all down as if it were going to disappear, giving themselves indigestion in the  process. The professionals take their time, have their courses in order, visit the buffet many times, and relish everything to the full. Professionals recognise each other: we have secret wink and a smile rather like the Masons have a secret handshake. “we know it’s good value and we are here to take full advantage.”

As Pepys would say, on to the Little Theatre, which is a stone’s throw away from the Roman Baths. It had good management, showing a steady stream of quality films which do not insult the intelligence. Inside the theatre there is a miniature bar and I do mean miniature with room for one person to work or maybe two slim people. It sells coffee, limited supplies of drinks, and sweets.   We entered the auditorium 10 min before the film programme started. There were 6 people when we arrived but at the end of the film there were 14. I don’t  think you can expect many more for a weekday crowd at 1:45 PM

I am a Luddite in certain respects but I believe that these days films are streamed on high quality broadband lines rather via an actual reel of film being taken from theatre to theatre. If so, that is good news because it keeps the distribution costs down in theory anyway.

One thing I’m not very good at is understanding subtle stories. The first reason is that I tend to drift off to sleep for short periods and that is not very helpful when it comes to identifying a key point in the script. I am far too easily distracted when it comes to sensory things like noise and the first thing I was acutely aware of it was someone rattling a crisp packet. I’m very good at glowering at people if they make a noise. I did so and the woman got the message and quietened down though trust me you cannot eat crisps silently.

The film duly started and I was immediately attracted by the leisurely pace and the meticulous working or should I say outworking of the script. Each character had time to establish him or herself to the audience. There were not too many actors, there were no guns there was no violence. Massive amounts of brownie points for that. I find flashback techniques quite difficult to understand if I don’t know why the flashbacks are happening. Anyway this is the gist of the film formula so far as I understand it and it can be applied to many films.

Charlotte Rampling OBE, 71 this year, has perfect timing, amazing presence and a variety of facial expressions that alone communicate more meaning than half an hour’s worth of news on TV.

She could ask someone to pass the salt and could sound like a seductress or a female dictator. She started modelling and acting in the swinging 60s and hasn’t stopped yet.

Jeremy Corbyn AKA Jim Broadbent holds our attention for most of the film and I think it’s worth seeing for his acting alone which is outstanding in terms of pregnant pauses and timing. He says as much with silence as he does speaking. 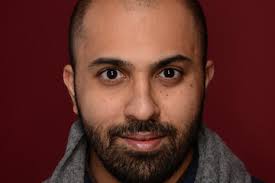 Thank you Director Ritesh Batra for allowing the film to move out its own speed and for such sensitive attention to detail.
However, such films reflecting on past mistakes and times of childhood make me very maudlin and I left the movie theatre with mixed feelings, a feeling of being pulled into the past which wasn’t very nice but by contrast a feeling that I’m in the present which is a bit safer. 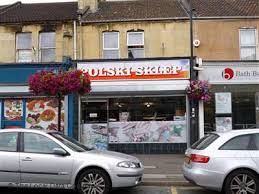 We made two discoveries on our way back to the bus station. We stopped off at a Polish shop to buy one of my favourites, Kafir, a type of sour milk. I also bought some pâte. Chinese shops are not very good at promotion or perhaps they don’t have to, but we discovered one tucked away run by a jolly husband-and-wife team and we bought noodles and some hot pepper sauce which we cannot get in any English supermarket. We returned home loaded with food and happy as the proverbial sand person.

I decided to have some business cards printed announcing these diaries and giving them out to all and sundry, especially those about whom I write something. I would like everyone to write a diary because I think it’s so therapeutic apart from being informative in this age of “fake news” and finally making the point that everyone has a contribution they can make to society.

The cards arrived this morning Wednesday at 10 AM having been ordered 40 hours earlier this last Monday,  bank holiday. I think they cost me about £16 for 250. There is no question that the Internet is making suppliers very aware of the need for good service. I love it when you get a text or e-mail when your item has been dispatched, and if it is to be collected at at another place notifying the customer of that as well.