I have been to Glastonbury more times than I can remember. We always go on high days and holidays for the special Pagan (AKA Green Party) ceremonies. The famous festival itself is about 3 miles away behind a hill so even from the top of the Tor you cannot see it in full. The state of awareness is high but I personally could not live there. I prefer the more mundane Midsomer Norton due to its links with Bristol, Bath, Frome, Wells, Shepton Mallet, the M5/M4 corridor, and of course Glastonbury itself.

In the summer, Glastonbury is populated by large numbers of European tourists but we don’t see that many Chinese and Japanese. They probably gets stuck in Stonehenge. 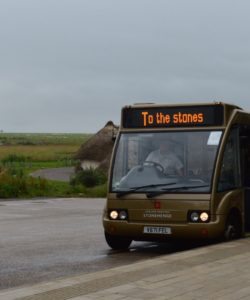 There you pay £15.50 for getting transported in a coach to the circle of stones and you walk around it once or twice from about 20 m away. There’s a museum and cafe as well but I consider this questionable value for money and a step back to how it was before but then that’s probably just me being curmudgeonly. Having said that, the original services were not fit for purpose due to limited space.

Anyway, back to Glastonbury. There are many unemployed and poor people in this town but there are also many very interesting talented eccentric aware people. I am just going to take a few shots as I wander around. By the way, the Somerset Rural Life Museum has just re-opened but we did not have time to go in it today. The weather was fresh and sunny and we wanted to make the best of it. There was a goddess Festival at the town so all the ladies were dressed for the occasion.

From time to time, I see something with my name written on it. For months now I have been looking for a pair of really comfortable slippers but the problem was they still left my ankles themselves cold which required the addition of socks. here, in the market, were two Polish people selling me exactly what I wanted. At £10 a pair I could not resist. I was assured that all the materials used were genuine.  They seem to be wonderfully light, warm as toast without being stuffy and a perfect fit so I cannot wait for the winter to come to test them out.

As rain threatened we repaired to the King Arthur Pub. it opens at 3 PM during the week and within 10 minutes of the opening there were about 60 people in it. We had a chat with a woman whose husband had just finished 35 years in the city and was now going to semi-retire and find a job local to his home in Essex. They had bought a bottle of wine to celebrate and I wished them all the best of luck saying that it would take a few months for him to reconfigure his brain.

Whilst in the Goddess House which is situated in the appropriately named Magdalen Street I met a chap called Pete who was one of the therapists. I discussed with him the importance of simplicity and not being bound by the mind. It may be that both participants in a potential conversation or contact at the same inhibitory mechanisms about them so each thinks the other is unfriendly and maybe this is a boundary that we need to cross.

I was initially a bit nervous about going into a building obviously dedicated to women but the friendly lady welcome me and said that anyone was welcome to come and sit in the quiet and draw whatever it was they needed. This I will most certainly do on future occasions. By the way, it’s a great place to invite guests because Glastonbury High Street is unique so far as I know anywhere in the world but certainly in the UK. You need a fairly good stomach for esoteria and spirituality, if that is not mixing metaphors in a too ghastly way.

Anyway back home to see someone who is going to fit new flooring. A lovely day today but alas relentless rain and wind is forecast for tomorrow.