… and though not very well yet up late about the Fishery business, wherein I hope to give an account how I find the Collections to have been managed, which I did finish to my great content...

A long entry from Pepys today (click the date above to read) mostly about business dealings. I remember a BBC reporter once saying that he could not work unless he was given a deadline. I have something of this in my own psychology. I am incentivized by knowing about a meeting on a certain date so I plan well ahead and try to anticipate what qualities will be required of me.

With regard to meeting preparation, there is a certain lack of dignity in rushing around at the last moment chasing your own tail as we say (orig: a phrase likening us to a dog running around in circles trying to catch its own tail).
In other words, lack of time means that you tend to repeat and regurgitate rather than innovate and extend your understanding of the subject in hand and – dare I say – do not enjoy the task as much.

Jumping topics a bit, management of anything – a business – a meeting – even a family – is not always pleasant.  People are sometimes their own worst enemies and 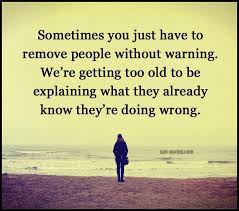 when their behavior affects others adversely, the manager must take a firm hand even if the atmosphere will be made more brittle in the short term. What is the point of meetings when there is no challenge, no growth, no questions? 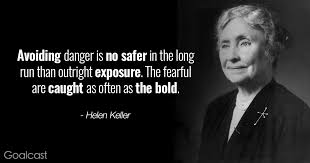 A salutary tale – Good quote – Helen Keller (born deaf and blind) and – as you might expect – a political activist said that ‘there is only one thing worse than being blind, that is seeing and having no vision’.

I could apply this to a story I heard this morning about trustees of a building where I was having a meeting. I looked outside and saw the large garden area was a mess – brambles, long grass- flowers choked with weeds. What had happened? A local gardening group who loved working together and improving the environment offered their help to the trustees. The garden was improved over the years until it was a delight to all who saw it.

One day the trustees sent a letter to the workers saying that they would have to pay extra for water they were using during the summer season. They refused. The trustees did not budge. ‘We want the money to look after the building.’ The harmonious atmosphere was destroyed. The gardeners were disgusted and found another property to look after. The garden now lies in ruins.

There is a certain ‘type’ of individual who acts as a trustee because I think they like the power. Had these good folks come and talked with the gardeners and seen with their own eyes what the volunteers had done I believe they would have gladly paid the modest amount for the water bill. This is a warning to us all not to judge from afar. Get involved and see both sides of the situation. See who is doing what and who benefits, then make your decision. It is possible for one dominating or bullying or prejudiced person on a committee to influence all the others. This unfortunate type of outcome would be less likely if they had as a group all visited the situation they were adjudicating. 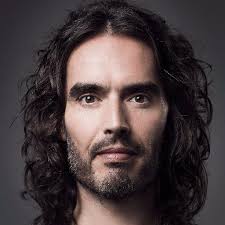 Russell Brand has a reputation which does not adequately represent his ability to think, and perceive changes in society. I love his comments today in an interview with the BBC (whatever next!)

Addiction and mental health may not be the kinds of issues you’d normally expect to be addressed at a stand-up comedy gig.

But Russell Brand has never been your conventional comedian – and it’s precisely these subjects that he’s tackling in his new book and at one of his upcoming London shows.

“Society is collapsing,” the comedian tells the BBC, “and people are starting to recognise that the reason they feel like they’re mentally ill is that they’re living in a system that’s not designed to suit the human spirit.

“People are realising ‘Hold on a minute, is it natural to work 12 hours a day? Is it natural that I live in an environment that is designed for human beings from one perspective but not from a holistic perspective?’ Breathing dirty air, eating dirty food, thinking dirty thoughts. So really what this is, is a time of transition.

“Yes, the conversation is changing because the communication is becoming so much more expedient, but what’s really changing is people are starting to notice that the system is not working for them” 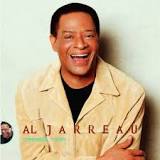 To the sounds of Al Jarreau (thank you Spotify) may his soul rest in peace .

Time to roll on to the sofa, a hot chocolate, then to bed.