I love stories of admirable people who have had several careers moving from one stage or skill set to another, experts on many things, travel stories that make you envious plus wisdom and experience of life second to none. However, the the vast majority of the population of the world are destined to make a fairly modest unsung and unappreciated contribution to the affairs of mankind. Apparently our contributions make little if any difference to the rise of greed, the continuance of wars (The policy of the USA and Israel who controls it is “War without end”). Moral standards continue to slide, people tend to be wedded to their devices instead of having actual conversations and standards of public service deteriorate under increased demands of an ageing population and failure of long-term policies if there are any.

How do we draw any inspiration from this rather dismal scenario. I ignore the rain falling outside as I write this early on Sunday morning. I was considerably cheered when listening to radio five during the night as I inevitably do by hearing a talk by Dr Axworthy of Exeter University about the situation in Iran. I found a clarity and an observational quality almost whimsical which when I heard it caused me to start up in bed and listened with great attention. The potential power of the spoken word remains supreme. I’m not talking about chatter on TV where the interviewee can hardly get a sentence out without being interrupted by the interviewer with their own agenda. I’m talking about rhetoric, clear delivery, without saying ‘sort of’ every five seconds. But then TV and radio is not about communication it’s about brainwashing and keeping the public entertained by a mixture of trivia and sensationalism.

At the end of an interview I notice the interviewer often says something like  “oh and one more thing…”. They then bring on some asinine question which causes the viewer to forget the real thrust of the subject. The aim of broadcasters is to create the appearance of news without actually giving news; it must be the impression but not actual substance. The aim is to keep the masses sleeping.  That’s why I call the BBC, Dumb Down Central. If the BBC or any of the mainstream media were obliged to speak the truth for a period of just 24 hours  about what was going on rather than biased propaganda there would be an uprising as the general public would wake up to how they had been misled and deceived. I think a lot of people are aware of this at the moment and it just needs someone or some event to catalyze the whole.

The overall point is that unless we see our potential or at least a way forward with sufficient clarity then live in the main is just survivalism and attempting to become socially acceptable to ease the pain. I think Facebook, Twitter and Instagram are for the most part devices of evolution. Real friendships and meaningful associations are not normally formed if you have never met the person concerned. We need to meet real flesh and blood with all their imperfections.  I’m thinking of the relationships my wife makes in her art class and I am now making in my writing classes. They are real. There is a sharing of humour, joy and sorrows. We all have a bonding mechanism which needs activation and may indeed be the answer to many so-called addictions including alcohol and morphine.

The greatest contribution that anyone can ever make is by being themselves. That was said about 20 years ago by my great mentor and priest Rev Dr Martin Israel, a profoundly spiritual man and the author of many books. The problem was that for many years I didn’t know who I was because I was afraid to look inside and accept all that was within. I now take the view that here I am, warts and all* (an English expression) so you take it or leave it.
* reputed to the first said by Oliver Cromwell to the painter Sir Peter Lelly when commissioning a portrait. Cromwell insisted that all details be included even if they did not flatter him such as roughness, pimples and warts otherwise the painter would not be paid a farthing.

I think this has to be the starting point for any decision as to our contribution. Having said that, I recall Shakespeare’s statement “some are born great, some achieve greatness, and some have greatness thrust upon them”. It is amazing the number of people who have drifted in to or apparently drifted in to a job that was eminently suitable for them without any personal intention of making anything big. Remember that Google started with two chaps in a garage designing a system for back referencing scientific literature. I remember when I started a social organisation, London Village, in the 1970s. It came to me in the form of an image which stayed with me for three days and nights during which I could not sleep. I had a compulsion to follow the guidance, from above or below I know not , but succeed it did. It was successful not because of me but in spite of me and I think it was mainly because the idea of meeting people in each other’s properties was an idea that had reached its time. It may be that it is not you that sets out your stall but that the universe in its wisdom provides the conditions in which you can set up a stall if you wish.

One of the most important jobs in the world is that of being a mother because you were bringing the next generation to fruition but you would hardly describe this as a glamorous job. There can be few things more rewarding than being a proud parent of a successful person and it always gives me a good feeling when the latter make sure their parents are all right.

It is notable that some of the most successful people have had a difficult childhood and they’ve have had to make their own way in the world so any excuse if fake. Perhaps they wanted to prove themselves to themselves that they were worth something in the absence of parental encouragement. Be that as it may, we all have the capacity to change and develop but first we have to get rid of the dreaded FEAR. 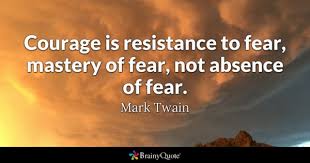 So, Johnny Hallyday has left the planet. Go on you rock and rollers, enjoy yourselves. It’s only 2h20m continuous singing. Turn the volume up.