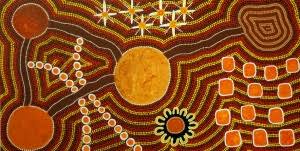 This morning I had a series of extraordinary images appear in front of my eyes – or was it in my brain – in my semi-waking state.  I wish I could remember all the details.

The first scenario was that I found myself in the vicinity of a cathedral organ. The unknown player decided to activate the stops with the deepest notes, I think it’s 64 feet if I recall. Suddenly, smoke started to billow from the vents of the organ. As the amount of smoke increased I decided that I should leave the scene but at the same time was fascinated by  how an organ could catch fire.

The second scenario involved a chainsaw. For some reason, I saw a chainsaw on the ground that I subsequently discovered belonged to a gardener. It was night time but there was a strange purple glow.  I found to my delight on handling the chainsaw that it started by my touching a small button on the back. Momentarily, I tried to figure out how this would be possible when the chainsaw was not heavy enough to carry a battery. The gardener then appeared. He had no identity and no face.

The third scenario involved a church service to which I had invited some people. The church filled up not with adults but with crowds of children in night garments. There was nothing sinister about it. They were quite well-behaved and lively and in a way I felt that the church belonged to them. I had about five or six adult people with me and we stood at the side and watched the activities of the children. The service never started.

The fourth scenario was even more strange. I was standing somewhere and someone, I think it was a young lady,  came and put her cheek on mine so we were both looking outwards so to speak and not facing each other. I found that through touching the cheeks of another person I was able to top up their energy and they were recharged after about 30 seconds. She went away smiling.

I will not attempt to diagnose my own dreams but I think they have a cathartic effect bearing in mind that our conscious mind is only one of many levels of our active existence. Maybe the dream is some type of software reboot. Maybe the dreams are prophetic regarding some things that we are about to do. I know that Freud had a lot to say about dreams and symbolism but since my recall is imperfect and incomplete I do not know how reported incident could be adequately analysed and who  would I ask.

In the dream condition and indeed in a ‘separate’ world we are less bound by what we call reality, which let’s face it is just a degraded representation of the real dynamic of the human soul. Since I have no control over my dreams I’m just going to accept them and let them get on with the job. The nice thing is that if a dream is horrible you can wake up from it and escape. I have done that when I have been presented with a difficult or dangerous situation and wanted to cop out. Even in my sleeping state I knew that I could escape so some element of free will is there.

I have once or twice managed to control my dreams whilst keeping myself sufficiently in the dream state the while and what a fascinating journey it was but that will remain private.