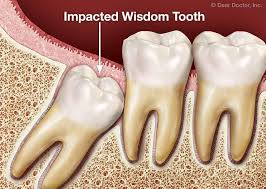 When I’m in the dentist’s chair as  was the case today I try to think of anything but what is going to happen. Maybe the dentist will decide to drill right through my teeth and my jaw without telling me, or be so gentle that I’m scarcely aware of what is going on. I went to a Harley Street dentist a few years ago where only root canal work was performed. At the start of the treatment, he said “you will not feel any pain”. He was correct. He must’ve done so many hundreds that he knew exactly what to do and most likely was able to size up the pain threshold of each patient. When I left, he gave me his mobile phone number and told me to call if there was any problem.

The only pain I experienced was when I received the bill, but what is a few hundred I suppose when you are suffering pain and the local dentist is not quite sure whether he can deal with the complexities that he discovers. There are some things that the NHS is not geared to do. The dentist or should I say the dental practice itself only gets so much even for band three treatment and he cannot afford to give his time away if the required time and materials goes over what is allowed.

We were discussing wisdom teeth, as you tend to do in a dental room, and I asked the dentist if he knew the derivation of the word wisdom. My dear, you and I would refer to them as dens sapientae, or third molars. He thought it may have been due to the fact that the teeth appear later when presumably people are wiser. Such teeth generally appear (erupt is the rather dramatic sounding term) between the ages of 17 and 25 and we have four of them standing guard one at each corner.  I responded to him by saying that in this day and age, that was a rather weak argument since many people never become wise. So, where did the term come from? Wisdom teeth have been described in the ancient texts or Plato and Hippocrates. The Latin actually means ‘teeth of wisdom’ so, like a Ken Dodd joke, it is ages old but goes down well.

In spite of my rather cynical initial hypothesis and hopes for a derivation going back thousands of years, the dentist’s more mundane explanation was correct. I quote “Lately, science has added some credence to the idea that the third molar does indeed erupt when a person is “wiser”. Recent research has shown the brain continues to grow and develop right on through adolescence: in fact, most researchers believe the brain does not reach full maturity until the age of 25. Perhaps, then, our ancestors weren’t so far off the mark — that the eruption of “wisdom teeth” is a sign that the carefree days of childhood have given way to the responsibilities of adulthood”

It will be interesting to see if genuinely wise people have more developed wisdom teeth than those who perhaps were a bit slower to develop for whatever reasons. But then, that would constitute a rather cynical view. 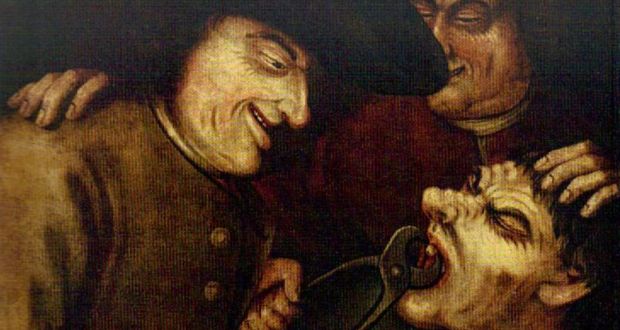 I’m glad that treatment methods have become more patient centred in the last couple of hundred years. It escapes me what difference the colleague is making by holding the two people with his hands.  The two of them seem to find the whole exercise quite amusing

I shouldn’t really have cake before midday but the home-made cakes offered by the dear ladies at the coffee morning at churches too much to resist. They make real coffee as well. The economics of the weekly coffee mornings are interesting. They have earned enough money from donations to buy a microwave oven, coffee maker and most importantly to do the floor which was once a horror story of spilt coffee on a very stained carpet. it is now resplendent in wood, plastic wood admittedly but it looks lovely and it is easy to clean. The vicar turns up if he can.  There were 20 of us including two new people who came for the first time and who were warmly greeted. I think going to church if you haven’t been for a long time or at all is quite intimidating and this coffee event is a very good first introduction to the fellowship  on offer.

Today, le ciel est bleu, as my French wife would say. The temperature  in Bath was 12°C  . The air was still and I decided on the way back from the dentist that the afternoon was ideal for a walk. Since the country is still too muddy, Francoise and I decided to go to our favourite haunt the canal – the Kennet and Avon Canal to be precise. It never fails to deliver. On the way we went to have a cup of coffee at the horse stables in Wellow. The variation in temperament of animals is remarkable. They either stand still, staring, or romping around as if there were no tomorrow.

I think these two ponies were having a mid afternoon snooze, particularly the black one. They seemed immune to our attention and Daisy could not decide whether to sleep or yawn.

These horses, 70 in number, were forever moving around. Why the nearest horse has been trimmed like this is beyond me.Ctrl and + to enlarge.

Anyway, we drove on to the canal, parked, and walked along with tow path for about a mile each way. The winter season lasts from November until about Easter and meanwhile the boats are parked up.

No matter how many times you go, you always see something of interest. It is a blessing going during the week because there are few cyclists that can be quite dangerous if you don’t hear them coming, and the number of people passing you are really quite small.

On returning home, I have given some thought to my offer of help for the person who is building the website mentioned yesterday. The best recommendation I can give is for the Webmaster to set his work before someone who doesn’t know much about the subject matter and tell them to get on with it and find their way around. He should then listen to what they have to say and make adjustments accordingly. It is very easy to miss just one step because you think it is obvious and then 90% of people drop out. Of course you only see the 10% of people who make it through and think the site is all right but in practice the attrition rate can be frighteningly high. See the whole thing is a set of stepping stones. Each one needs to be there otherwise the person will not cross the stream.