Last Tuesday, our new local branch of Witherspoons opened its doors. The brand are very good at adapting old buildings, in this case a cinema where in days of yore, Saturday morning picture queues stretched along the street.  We went along yesterday, Saturday, hoping to have a nice quiet breakfast and we found the place was so full that we couldn’t even find a table. I mention this in the local discount store and someone has tried to go along on a Friday evening and had to wait half an hour just to get a table. A lot of people were waiting for their servings and I got the impression the staff were overworked. I know there are strikes in the planning and it would spoil my image of Witherspoons slightly if they were found to be paying low wages. The staff work very hard and I think they deserve more.

This weekend is full of rain and wind; our usual trip to Glastonbury for the autumn equinox celebration was cancelled because who wants to stand shivering in the elements. Well, I was there in spirit.

on Friday, I attended my local men’s group for a curry supper with a speaker. Matt was a Christian worker in Iraq; his work is less dangerous now then the time when Isis was in full flood but he says that there’s one explosion a day in Baghdad. He says that the work is easier in the north of Iraq which is freer from the influence of Isis and people have something resembling a normal life.

He told me quite a chilling story about two ladies who came to work for a charitable organisation in Baghdad. When they arrived for work the first day they found an envelope with a bullet resting on top. The note in the envelope said that you are a Christian and if you come in tomorrow you will be killed. The person in question panicked and left for Jordan where she stayed for a month. Her friend decided to ignore the note and come in anyway; her body was found a few hours later in a ditch with her throat cut.

Matt the speaker told us that the woman who left for Jordan was drawn to come back and formed about 250 home churches. All this had to be done secretly, often at night, otherwise their lives would have been in danger. She also organised obtaining shoes for children who otherwise could not have gone to school This is not a huge advertisement for religions in general but ’twas ever thus.

I felt quite ashamed of my own lack of courage to speak up on important things though I’m getting better now. At worst people will cease to be our friend but when your life is at stake it requires considerable strength of character to speak up for what you believe and do the deeds necessary. In most Brits, faith is paper thin. Attendance at church is more like a social club in many cases. 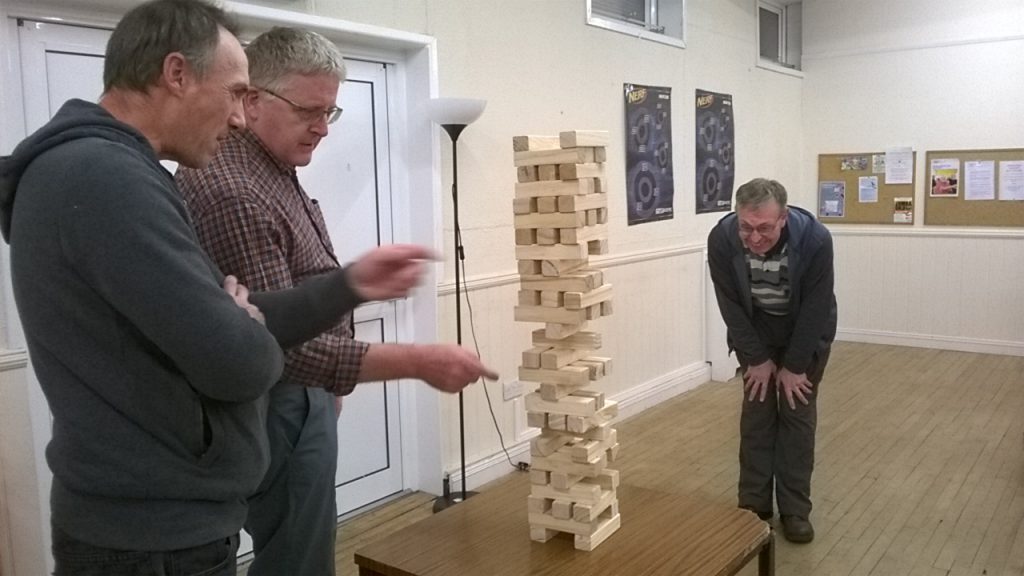 Our men’s group itself is quite fun, there is a spirit of comradeship and goodwill. At the curry evening, there is a game where you have to build up a pile of wood and stop the whole thing falling down through your efforts to make the pile hire, supported by a fewer and fewer number of bricks. It always ends one way, noisily. 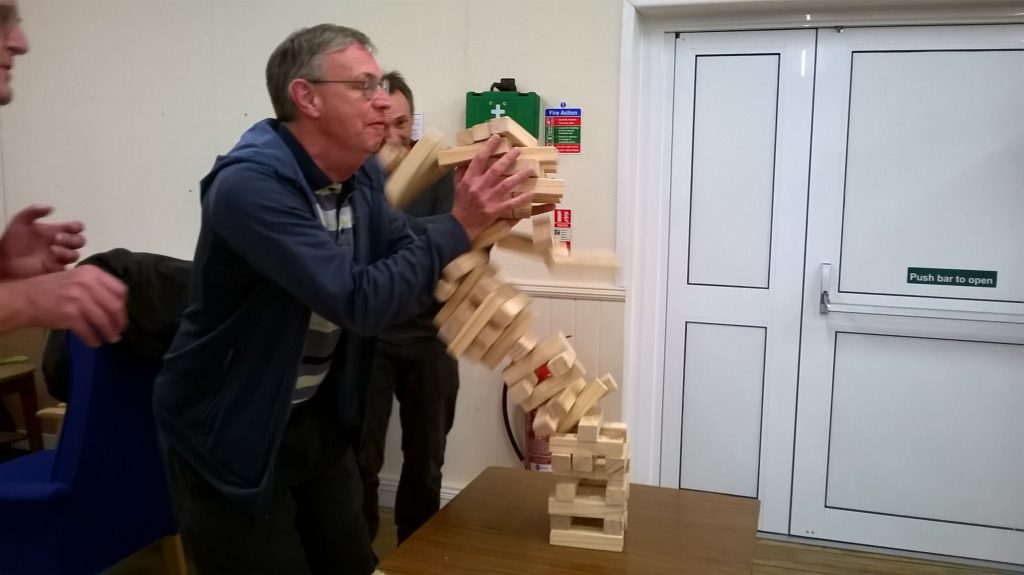 Oh I nearly forgot. The curry dinner organisers bought Dr. Pepper which bought back memories of my time in the USA (I have been to USA 40 times) where a Dr. Pepper was routinely drunk by many youngsters. I thought I would re-visit it for old times sake and poured a sample into a glass. The smell was so awful that I almost vomitted from the chemical type odour.  I took one tiny sip …… and then a large glass  of water. People PAY to drink this stuff???. 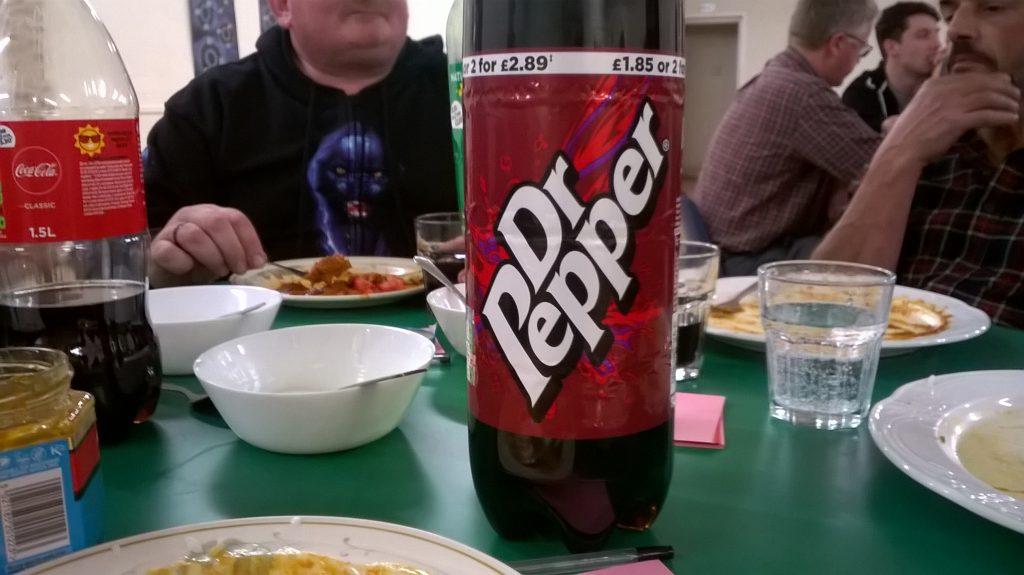 Saturday morning I met a very keen family who wanted to take an allotment. The 7 year old daughter was very keen on growing pumpkins and the 4 year-old just wanted to have fun. I welcome them with open arms because if we can introduce youngsters to the idea of nature and wean them away from their mobile phones, we will do them a great service.