The English know how to do their arboretums.  We left our B&B, strangely without saying goodbye to our host of the past 2 days and went off for a breakfast  in Horsham.   There has been so much building work in Horsham that Google Maps have not been able to keep up with them but we found our breakfast place, which had been recommended, in South Street which is in the historical centre of this town.

It was interesting when we went in at about 9:30 on a Sunday morning.  The staff were talking together and instead of greeting us nodded in the direction of the tables and told us to sit down. They then continued chatting.  We received impersonal service but the food was good. It reminded me that many people work a 7 day week and get totally exhausted. In effect, the job is running them and not the other way around. The manageress had very large false eye lashes and from her accent was Italian.

We went on to Winkworth arboretum and had a wonderful walk around. Because the weather was clement there were many people strolling around with their families; I have the urge to get away from screaming children  of whom there were many, but nothing took away from the beauty of the reds, the yellows, the greens, the browns of the trees in full autumnal splendor. 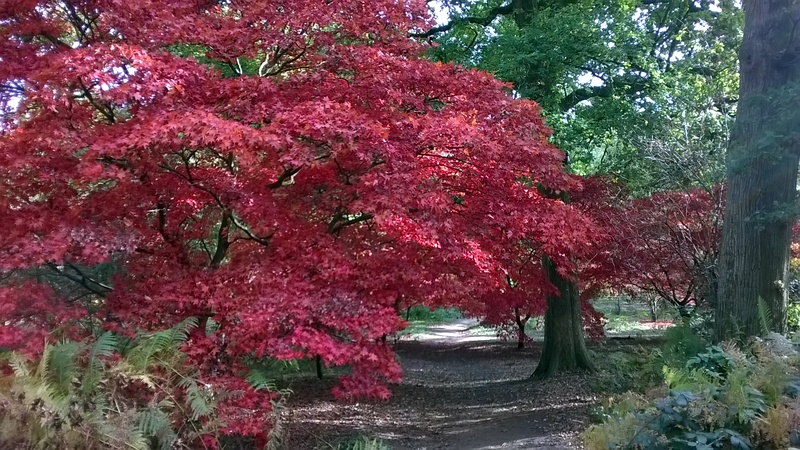 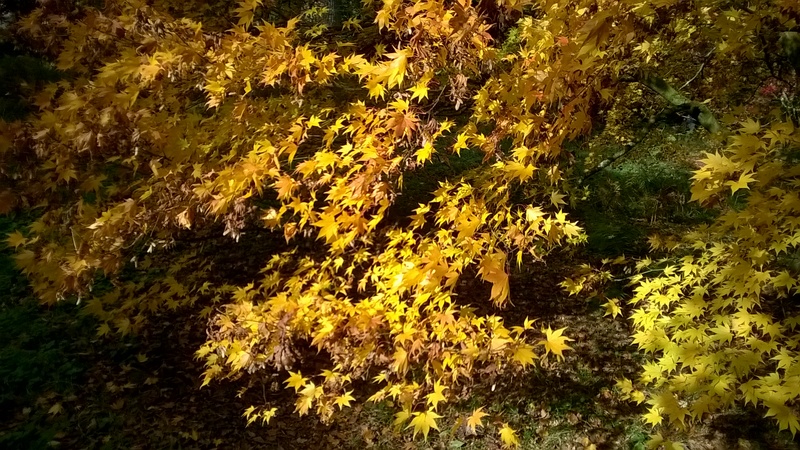 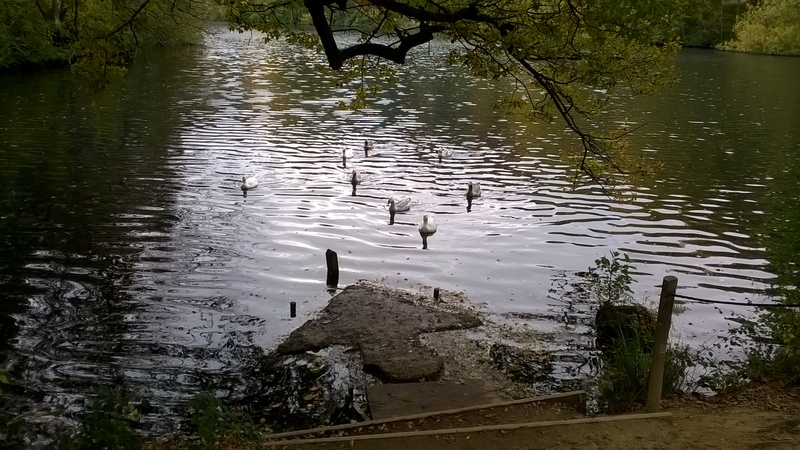 I had set my GPS to do ‘no motorways’ on our way back to Somerset and it obliged us with a wonderful route via the A3, the A303, and then back to Midsomer via Frome  where we filled up with gloriously cheap ASDA petrol (10p/l off normal).

On the way down we passed a fairly non-descript village of Shrewton.  A sign caught my eye ‘coffee and cake served from 12 to 3 Sundays’.  Instinct told me to follow it and we ended up at Shrewton Methodist Church hall. Actually it was a church which doubled as a church hall.

We had lovely cake and coffee. I congratulated the servers, saying that I had never come across a Methodist church, or come to that a church of any denomination, who offered such a service on a Sunday afternoon.  I spoke to a very nice lady who happened to be a minister and said how impressed I was by the atmosphere of the building  and that when I entered, I felt blessed without knowing quite why.   It really cheered me see tables of people talking and speaking together.

In all, the weekend was a great success. The weather was kind to us, but the prices in Horsham were extraordinary. I had a large glass of rose wine and Francoise had a small glass of red wine in an  ordinary pub and the total was £10.50.   Maybe these are London prices but I get spoiled, as being in Somerset we get better value for money. I must say the whole of Horsham reeks of affluence.   We stayed as a guest (AirBNB) in a four bedroom house and the price was £425k so that was quite a mortgage in my estimation. I estimate that if you had to borrow £400k over 25 years the monthly repayment would be around £2,500 p.m.   I can guess where our rental went to.