I deal with a lot of customers and potential customers for my gardening work and have done so over many years. My experience is that if the first communication is fractious or shows signs of disharmony it will carry on like that. It is better to withdraw straightaway if only for self protection.    As a rule of thumb, the people most difficult to deal with are those without a sense of humour.  This week I had a refreshing experience in that I had dealings with a very pleasant man who happened to live close by.

Most people have not got around to thinking about their gardens but yesterday morning, Wednesday, I had a telephone message from a very gentle sounding chap who needed my help the next day. I discovered that he was going to sell his house and the photographer was going to come round at 2 PM.  Photographers are special beings that succeed in making properties bigger than they are, or more attractive than they are in real life. I am told that prospective buyers spend about 10 seconds looking at the garden, their main concern is the condition of the house and the number of bedrooms and so on.

However, for the website, it is good to have an attractive garden. It does not increase the sale price but I believe it helps a property to go quicker. Here are before and after photographs. 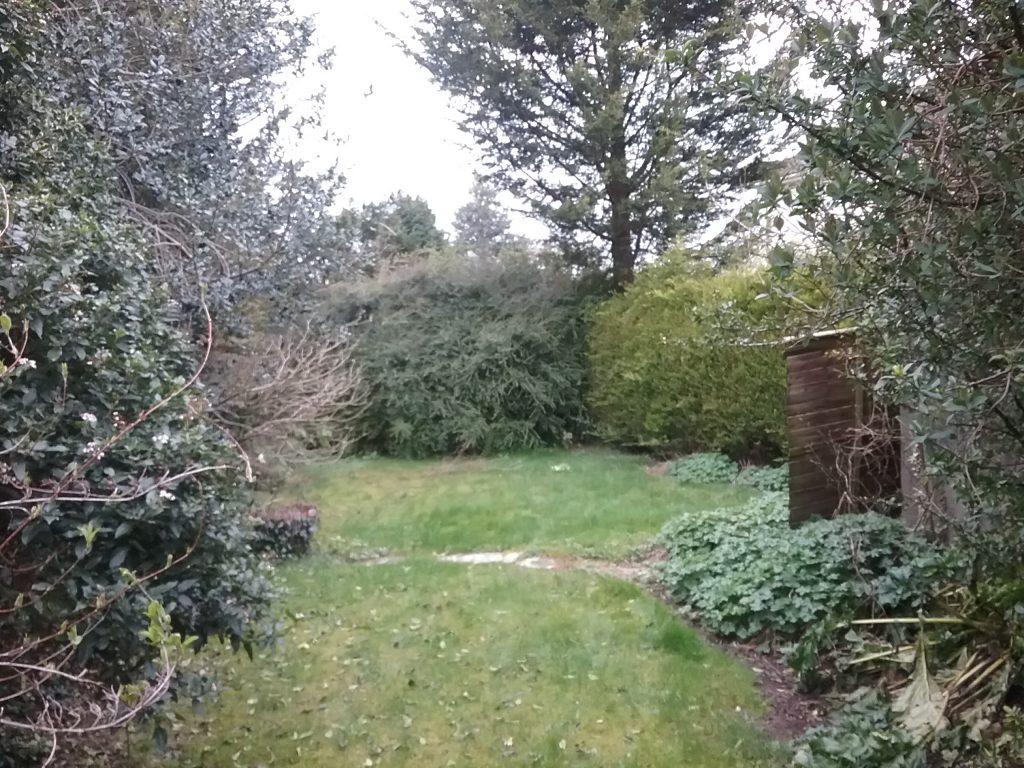 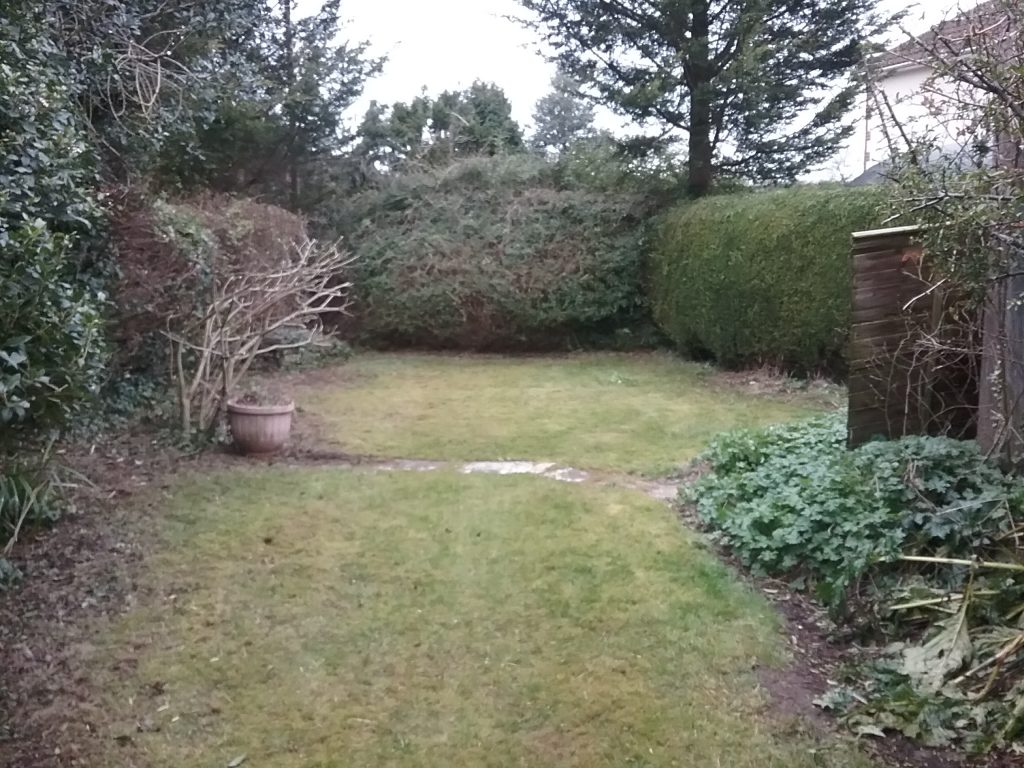 The idea is to open up the garden and make it hopeful. The main feature of the garden is its privacy. It is totally unsuitable for vegetable growing or indeed flowers but as a refuge it’s great so this has to the made clear. I think this house will suit a couple with children who can allow them to play in safety. The house faces a main road. It has five bedrooms, two in the attic, so it should fetch a fair price. It was bought 37 years ago so the very nice retired occulist householder and his retired lawyer wife should have no difficulty in selling. They are hoping to retire to Pewsey in Wiltshire to be nearer the family.

We had a very nice chat both during and after the job and he was definitely the sort of person that it would be nice to sit down in a pub with and have a few beers. Nice people are around but it’s a question of identifying them and establishing the context for a meaningful meeting.

The job took us eight man hours and involved the equivalent of six large bags of spoil. The fun and suitability factor was 9/10 but it was hard work. Hedges can be a pain because to reach to the backend of a tall example is almost impossible and sometimes the hedges reach a stage where they are more suited to the attentions of arboretist  rather than a gardener.

We celebrated the finish of the job by going to Wetherspoon’s for a breakfast. I like the fact that for less than a fiver you can have a halfway decent cooked breakfast and unlimited tea or coffee.