It appears that an uncle is proposing to inseminate Pepys’s wife to produce a child, to which the wife appeared to be enthusiastic. Pepys distrusts the colleague’s motives thinking it is just lust. He is not speaking from higher moral ground here because he himself had an affair with the housemaid, not to mention numerous other ladies. The relationship between he and his wife is to put it mildly interesting. Pepys ends his diary for the day by saying rather dryly that he needs ‘time to think about it‘ and then ‘so with my mind and head a little troubled….’   Only an English person could say that.

Up and all day, both forenoon and afternoon, at my office to see it finished by the joyners and washed and every thing in order, and indeed now my closet is very convenient and pleasant for me. My uncle Wight came to me to my office this afternoon to speak with me about Mr. Maes’s business again, and from me went to my house to see my wife, and strange to think that my wife should by and by send for me after he was gone to tell me that he should begin discourse of her want of children and his also, and how he thought it would be best for him and her to have one between them, and he would give her 500l. either in money or jewells beforehand, and make the child his heir.

He commended her body, and discoursed that for all he knew the thing was lawful. She says she did give him a very warm answer, such as he did not excuse himself by saying that he said this in jest, but told her that since he saw what her mind was he would say no more to her of it, and desired her to make no words of it. It seemed he did say all this in a kind of counterfeit laugh, but by all words that passed, which I cannot now so well set down, it is plain to me that he was in good earnest, and that I fear all his kindness is but only his lust to her.

What to think of it of a sudden I know not, but I think not to take notice yet of it to him till I have thought better of it. So with my mind and head a little troubled I received a letter from Mr. Coventry about a mast for the Duke’s yacht, which with other business makes me resolve to go betimes to Woolwich to-morrow. So to supper and to bed.

My day began at 5:45 AM this morning listening to Radio Five Live. The presenter was asking if anyone had sent e-mails to the wrong person. I sent a text in saying ‘I sent an e-mail to my wife saying I thought the potential garden customer was dishonest and mean, and copied her in by mistake. Strangely the customer wrote back saying “I believe you do not want to do business with me”.   The comment of the presenter was that at least the customer was polite.

As my readers will know I never decide what I’m going to write about until the day in question. I rise to see evidence of rain, a substance of which we need at least three weeks worth if the agriculture of this country is going to achieve its full potential. 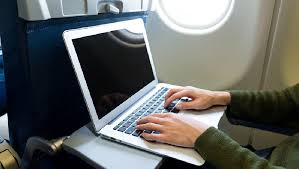 I see that the USA is planning to ban laptops on any flights from UK to that Land on the grounds that explosives might be contained in these machines. Whatever will they think of next? So this means that the businessmen preparing for a meeting in Los Angeles cannot use the 11 hours of the flight to prepare his notes all because of some wild and unproven hypothesis that a person dressed as a businessman would blow himself up. Paranoia in extremis.

In all the millions and millions of searches have the TSA ever come across anything resembling a threat and how many millions of bottles of water have been taken away all because about 10 years ago a ‘plot’ was discovered involving a group of youngsters who might have built a water based explosive. They never actually flew on a flight. No evidence was offered; nothing was ever proved and this may well just be an excuse to hassle people and bully them. 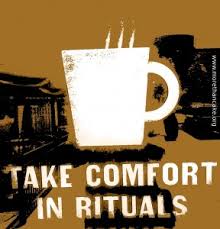 I want to write a little bit about my morning ritual without which I cannot start the day and that is the cup of coffee. It is always filter coffee made in the same battered cafeteria which lets the coffee grounds through. I have to use a small sieve in addition. Everything has to be exactly the same, I must use the same large, more like a bucket size cup which although in theory other people can use, I  hide it away to make sure that no one actually does. While drinking from it, I contemplate the day which I suppose is the equivalent of morning prayer. It is a small but significant marker that the Earth has spun round on its axis once more, being smaller than a pinprick in unimaginable large universe.  The Earth’s rotation is actually not quite 24 hours, more like 23 hours, 56 minutes and 4 seconds but who’s counting. That’s why we need leap days every four years.

I am currently having a new set of dentures made by an excellent dentist in Bath. Needless to say it is private practice. I think I have visited about 15 times so far with another five to go. This was the only way I could avoid further misery with my teeth that have over the years been attended to by dentists of varying competence. It will cost me over £12,500 but worth every penny. If you can’t enjoy eating food you can’t enjoy meals and the company that goes with it. Also, bad teeth do not help the digestion since the juices should reduce the food to semi liquid before it goes down the gullet. I’m guilty here of rushing my food, a habit I got from my father who often had finished his meal before my long-suffering mother had started. She had dreadfully-fitting dentures that made a clacking sound and suffered in silence because there was not enough money to have decent treatment.

And now,<fanfare of trumpets>  for the most useless, irrelevant and irreverent fact(oid?) you are ever likely to read on these august pages. It is about St Augustine of Hippo where the great man writes on the topic of… farting.

And therefore man himself also might very well have enjoyed absolute power over his members had he not forfeited it by his disobedience; for it is not difficult for God to form him so that what is now moved in his body only by lust should have been moved only at will.

We know, too, that some men are differently constituted from others, and have some rare and remarkable faculty of doing with their body what other men can by no effort do, and, indeed, scarcely believe when they hear of others doing….Some have such command of their bowels, that they can break wind continuously at pleasure, so as to produce the effect of singin

Quite what a saint is doing spending his time writing about such things is completely beyond me, but If you want to know more about this fascinating subject, you only have to visit Wikipedia