Pepys was obviously in a very creative mood – on a Sunday at that. His diary is far too voluminous for me to reproduce so if you wish click on the date below to read the whole thing.

…..He (Mr Povy) do, as to the effect of the warr, tell me clearly that it is not any skill of the Dutch that can hinder our trade if we will, we having so many advantages over them, of winds, good ports, and men; but it is our pride, and the laziness of the merchant. ….He seems to think that there may be some negotiation which may hinder a warr this year, but that he speaks doubtfully as unwilling I perceive to be thought to discourse any such thing……

Pepys is pondering the advantages of the English over the Dutch when fighting the war including the character of the people concerned.

I want to share a couple of thoughts on preparing for a meeting or a discussion. It is my contention that we can fall into the trap of relying far too much on emotion, and what we want in the short-term. That may not be to our advantage.

Turf laying is quite an art. What you see is the turf but what you do not see is all the effort into making the ground ready which is a good 90%. The same principle should apply to having a discussion. There is nothing worse than bursting forth with your personal needs without considering where the other person is coming from and the constraints that they are under not to mention any psychological or emotional problems they may have. 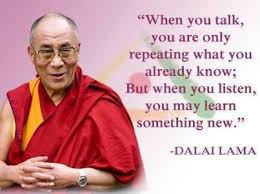 There are three factors that need to be considered. 1. What I want or think I want 2.What the other party wants or think they want 3. finally as a third factor the situation itself.

In other words the two parties concerned may be whiter than driven snow in their intentions but if the circumstances or the situation are inappropriate, their desires will come to nothing.  In any event a general inquiry about the person followed by a discussion on how they see a situation is not a waste of time. It is likely that they came or will come to the meeting when their mind is full of other material and it will take them some time to really listen, in other words to *want* to listen or ‘tune in’ to what you have to say.

So you can align to each other in by having a discussion on something you agree with or some other matter which has succeeded in the past to set the framework for dialogue and cooperation. If this stage does not go well, it is unlikely that the rest of the agenda will.

The best schemes or ideas are those that benefit both people but it is unlikely that both parties will comprehend the extent of the benefit to the same extent. The person who proposes the idea should make sure they are not running at 60 miles an hour while the listener is running at 10 miles an hour otherwise you will lose them and a glassy stare will come into their eye. 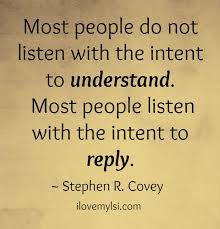 At the risk of stating the blindingly obvious, which for all I know most of the above points are to you, the most important quality is to listen and not to speak and make sure that your opposite number is on your wavelength or better still that you are on the same wavelength.  Western people in particular seem to need to fill every second with noise or speaking whereas the Occidental person will spend more time just ‘being’ and let the silence be filled with thoughts. I think most of us are so far away from that condition that it is but a distant dream and I would say in the first instance that you we should find a place to meet which is conducive to listening for example going for a walk, being outside in nature, sitting in a quiet corner of a pub.

it may be that the agreement needs to take place in two or more parts. You will need to sense when your listener has had enough new information to digestive and rather than push them you could ask them if they would like to think about it and meet on another day. The fact that you have taken the pressure off may give them the incentive to continue. Let’s face it, we all want to be happy and productive but sometimes we make life difficult for ourselves.

As John Cleese of Monty Python fame would say “and now for something completely different”.

Yeast is so fussy and the way it is treated, this living substance, determines the success or failure of a lump of dough to transform itself into a yummy loaf. Optimum temperature range is between 27°C and 32°C for yeast to grow and reproduce at dough fermentation stage. My sister and brother-in-law coming to stay with us for a few days so the bread factory must be up to speed. What is the ideal place to let the yeast do its job? I find the ideal place is the greenhouse. Even on a partially cloudy day, the heat gets up to just the temperature required for fermentation.