The following essay is aligned to my state of mind at this time of year to reflect on what I have done or tried to do in the past and compare it with the prioritization that I would ideally like to see in place for the so-called future.  Having said that, our soul or the eternal part of us (bear with me) is not aware of time as such because it is irrelevant. Light has no time. It is only the spirit and the body, i.e. that which has to do with the business of every day living that time becomes relevant.

To what extent are we controlled by fear? Today’s discussion will focus on some of the possible causes and then discuss remedies. As I am basically a Christian I am reminded of the statement “perfect love casts out fear”. I wonder how many others are afraid of the future. As ever, we can find a wise person somewhere who have something to say on the topic. The quote I’m thinking was by CS Lewis about imagery “has this world been so kind to you that you should leave with regret? There are better things ahead than any we leave behind”. In other words, we are afraid of losing what we have but it may be the loss of something, and image, and identity, a possession, clears the way in order that we can embrace something else more indicative of future potential than past experience.

Is fear a type of funk? Are we turning round and round in our mind consequences that we emerging could happen if we did something. Could we consider the possibility that in this instance we are completely and utterly programmed to be hurt or damaged by some mysterious invisible force which in fact has no power in us unless we allow it. It seems that pain, or involuntary adjustment, is a part of learning and fear of the unknown is just a part of learning. Again I like the C S Lewis quote “what do people mean when they say ‘I am not afraid of God because I know he’s good’? Have they never been to a dentist?”

Fear may also be a type of pride. “I don’t want others to know what I’m doing because I may fail”. This would be foolish as well as prideful because you might deny yourself the opportunity to get some useful hints and tips. Why not replace the fear or tendency to fear by taking someone into your confidence and telling them of your difficulties or concerns and asking them to hold hands with you so to speak. You do not wish to lean on them and get them to make your decisions, but simply to be with you in the time of transition.

The fear of fear may be of our own making. If we base ourselves more or shall we say have our insurance policy based exclusively in the physical world, which itself contains an endless cycle of renewal and decay, that has an inbuilt insecurity in and of itself. If we can base our faith system on something else for example the value of the community or the value of love and caring, this in itself will become a stabilizer to our moods, our faith and our emotions. The problem with the latter is that it may contain a portion of self-pity and even laziness and this needs to be pragmatised.

Stepping forward into the darkness – or the clouds – may be the only way we can develop our character. On a very banal level, we take a risk when we ask someone on a date for the first time. We take a risk when we make a phone call to a stranger and want to do business with, come to that, we make a risk when we cross the road. What is the least risky life? No life. If our mortal stand consists in just clinging on to the familial what scope for progress is there we do not get a chance to exercise our brain or express our uniqueness of soul. What a waste! 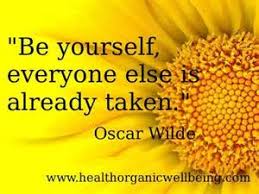 Fear of being rejected, or being seen to be different from other people, is a major driver for good or for bad particularly in young people where instant communication is so prevalent. It takes a lot of character to stand out and be different but unless you do so will you ever become individuated?Has it occurred to you that by making a stand people might actually admire you will be a grudging and nervous sort of admiration? We had to decide whether we’re going to go round in circles for ever or whether we’re going to move forward.

I do not think fear is entirely bad. A young child be afraid of being found out about stealing apples or from a shop and that will inhibit them from doing acts which they know deep down are wrong. “The fear of the Lord is the beginning of wisdom” is a biblical quote of note but does it mean fear as in anxiety or does it mean fear as in respect? There is no such thing as a perfect translation from one language or group of languages, in this case Greek and Hebrew to another. The Hebrew verb yare can mean to fear, to respect, to reverence something or someone, so it has very little to do with any emotional context that people may carelessly attribute to this word. By the way, the quote goes on, the one from Proverbs chapter 9 verse 10 “….and the knowledge of the Holy One is understanding” so it is always best to read the context when trying to understand anything.

I can understand a certain healthy fear of the consequences when we go against the word of someone whose mastery of human nature is second to none. King David tells us in one of his psalms “come, your children, listen to me; I will teach you the fear of the Lord… (then follows good advice)… Keep your tongue from evil, and your lips from speaking deceit. Depart from evil and do good; seek peace and pursue it. I like this quote “When we fear man, we walk in a dangerous place, because we are no longer trusting in the Lord” I don’t know the attribution of this quote.

Incidentally, this address is not directed exclusively to religious people. It is a principle that if your conscience says one thing and you do another, you weaken yourself. This principle does not depend upon the existence of a god or a philosophy. We can say that beliefs such as Christianity can help you to neatly and cogently organise the facts and range one set of policies against another

What about angst? How does this compare with fear? Angst is a nameless fear, fear without an object, existential fear, and it is the state of mind that the shadowy people who run this planet want us to remain in. Has it not occurred to you how strange it is that there is a fashion for lone drivers running into people on pavements and killing some of them? Have you noticed that it happens in different parts of the world? Could you possibly cope with the idea that this is part of a plan to keep us fearful?

If you do not accept this I fully understand and sympathize because it took me years and years to understand the duplicity of the media and the governments in claiming to have our interests at heart but in fact have nothing of the sort. The whole of the world is a corporation. The world is run by corporations. Corporations have no heart. End of story. The only alternative endings would happen when we collectively wake up and see what is really going on. I am not in a position to judge the wake-up fullness of the world versus the guile and cunning of those 1% of 1% who decide what people will think.

Tesco will have good cause to regret selling mouldy turkeys. I can think of nothing worse than assembling all your family and friends around you for what should be a celebration lunch to find that the turkey is so smelly, typically smelling of bleach, and general decay that the bird had to be thrown away. The company have claimed that they function to the highest standards. Clearly their understanding of high standards and ours do differ. I can see Turkey and chicken sales plummeting and I can see that next Christmas people will shun Tesco for smaller reliable butchers. I read that the Food Standards Authority is going to do an enquiry. Obviously the number of complainants involved must have been quite substantial.

On that rather downbeat note I close my diary for today noting that in contrast to the continual rain last night we now have lovely blue sky. Life is not all bad.