So, here we are the three of us, working away on a lovely bright Sunday morning. I never work on Sundays save dire emergencies but for some reason it does not feel like Sunday. I think it is because I haven’t yet got back to the rhythm of Monday to Friday. In the far distance, a book about Donald Trump has excoriated him; he in his turn ridicules the book as nonsense. North America is suffering from -40° temperatures, Theresa May, our Prime Minister is going to reshuffle her Cabinet tomorrow, two planes touched each other on the tarmac at Toronto airport and one of them caught fire, we are about to lose the final cricket test in Sydney where the temperature is at 47°C. The weather in the UK will soon be subject to a northerly air stream

I find myself completely disinterested or at best mildly curious in people’s ability to lie, to attempt self-aggrandisement, to make war, to make mistakes, to be arrested for a heinous crime and just get a suspended sentence. Here we are in a lovely lane, the sun shining,  working for this delightful lady who is so grateful that we are finally making some difference to her garden on a hill. I can understand a little bit how a surgeon or a dentist functions. You would think hedge cutting is a very simple process consisting of – well – cutting -but what about when you have various types of growth at various stages of their life intertwined, sometimes hopelessly, with each other then it becomes quite technical.

I have been using the following instruments: chainsaw of the electric variety on a long pole, and ordinary manual saw, secateurs, clippers, electric hedge cutters with a long blade, a picker used for picking up litter, a long branch cutter. Hedge cutting is a very skilled operation never mind hedge laying which takes years of practice. We have a competition round here once a year in about November and if you want to see a craftsman at work, look no further. 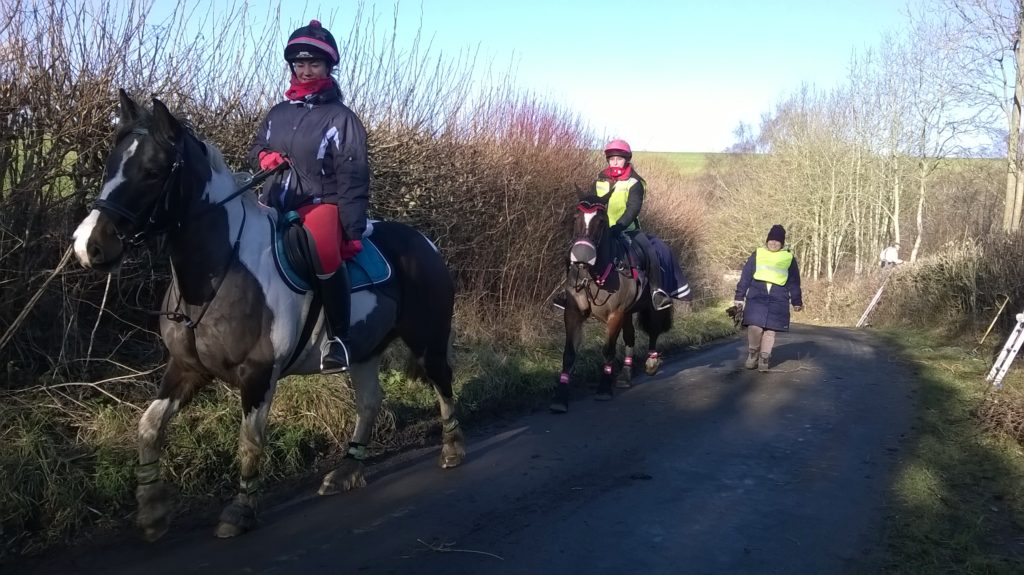 Horses have continued to come along this well used but narrow lane. There was one horse who took one look at us, turned round and disappeared again. I grant you that the sound of a chainsaw when you’re not used to it is a little unusual especially on a Sunday morning so what happened? The same horse returned but preceded by what I could almost call a heavy horse. Stable as they come, completely ignoring us and plodding  on its way. The nervous horse walked in the wake of its heavy companion.

My wife was talking about wanting to ride a horse. She last learnt 50 years ago and she thinks that like riding a bike you would never forget. Blow me down, what happens? An affable chap called Tony with his horse called Merlin, aged 16 stopped to have a talk with us.

He was from the nearby stables and rented out his horse because it had such a good character. He informed us that newcomers’ lessons were available at the Wellow Horse stables / trecking centre and all we had to do was to go along and enquire.

Today was the penultimate day of our great work. Our dear customer is finally realising that we mean what we say one was a good job. I think old  people are vulnerable to opportunists and therefore very mistrusting we had to gain her trust through a number of conversations and I wrote her a couple of letters outlining my proposals. Because she is unable to walk, I said I would make a video of our work so she could see what we have done. This will happen hopefully tomorrow afternoon when we have finished. I’m looking forward to making a huge bonfire of the wood cuttings and hope that in this time of winter, with the prevailing damp, we can build up enough heat to burn the wood without sitting around for hours.

It is the custom in the country to say good morning to strangers. Four or five couples passed us with a cheery good morning. Then there was a man exercising his dog, or was it the dog exercising him I’m not sure. He stood to admire our work and said that his hedge needed doing so if we wanted we could pop down we could have a look. I keep on forgetting to have a proper sign where I’m working because some people don’t want to make a telephone call to a stranger about getting some garden work done but they will actually speak to someone if they like the look of them. We have only been working here for three days but we notice the same cars passing up and down and they recognise us with a friendly wave and we them.

I don’t expect everyone to be riveted by description of people walking down lanes but if anyone is tempted to move to this part of the country or particularly to move out of town do remember that people are actually quite friendly if conservative. They do not normally wear their hearts on their sleeve but you can pass some civil moments with them and exchange sentiments and information of value in a very pleasant way. This phenomenon will not be known or shall we say seldom experienced, by someone living in bigger cities such as London. There is more rush rush rush, people staring into their mobile phones, walking fast to get to the next appointment, either cursing or apologising when they actually bump into someone else or even touch them and so on. After a few years of this, the Londoner’s brain has been reprogrammed and they consider this as normal. This is definitely damage of the psychological variety akin to children’s brains being reprogrammed by excessive reliance on mobile messaging. 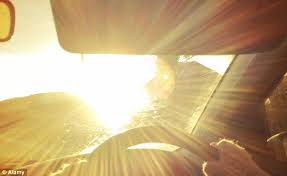 As we drove home, the enormous setting sun was shining right into my eyes and I had to stop the car. It was just at the right or perhaps we should say the wrong angle where the sun appeared to be setting fire to the road. I wish I could have stopped the car and made a photograph but I don’t think the drivers behind me would have appreciated it.

For some reason, a nice warm bath with Epsom salts takes away stiffness so I enjoyed myself thus and then busied myself cooking a meal. We are starting early morning because I do want to finish tomorrow afternoon.