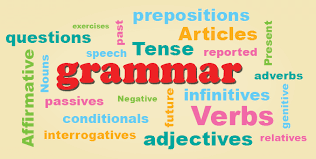 No, this is not just a rant. It’s more like a lament (a passionate expression of grief or sorrow). Lament even has a book in the Old Testament named after it. Anyway, I digress.

About six years ago I was working in a garden in south London, near Bexley if I recall. A woman of colour was instructing me what she wanted. Every so often she said a word like “Jameen” That is the phonetic spelling as well as I can do it. At first, I thought it was a name of a friend but after a time I figured out what she was trying to say. It was an actual sentence. The original was ” do you know what I mean?”.  If you can speak the English language properly and have the slightest talent for communicating, you know that there is a 90% chance that the other person understands what you are saying. Why on earth do people insult the other person by speaking and then saying, “do you understand what I’ve been saying”

The second object of my anger are people who say, when being faced with any situation even slightly out of the ordinary, they parenthasize the phrase. “I’m like – you mean I have to do all this?”. It is a type of exaggerated reportage which involves emphasising your shock or horror or disgust or whatever.  We could try some real genuine English – even going to the extent of a full sentence containing subject, object, and verb and my goodness some prepositions and adverbs as well. I will now take a deep breath and give an example.       “You will not believe this, but when I was given the task I could scarcely imagine why it was given to me and not to someone else”. Unfortunately, this requires the listener concentrating for at least five seconds which these days is asking quite a lot.

The third object of my anger and possibly the most irritating is the use of “sort of”.  I honestly believe it’s part of the Political Correctness movement when you apologise for absolutely everything.
“Shall we sort of go out now”. Either we go out or do we not. Does sort of going out involve walking like a crab or going out a little bit, coming back and then going out again?
At a lecture by an architect – “Sort of 39 homes were built on this estate”. Are you telling me you are not sure? Does sort of 39 mean 41 or 37 or are you telling me just don’t know.
“I was sort of puzzled when he said this”. If you say I was puzzled we will understand. Are you saying that being sort of puzzled was actually  something different in which case why not find another word such as confused or do you mean that you were embarrassed about being puzzled or was it a small puzzlement hardly worth of attention.

In public, please be careful how you apologise for something. For example, someone is giving a lecture and they didn’t bother to check if the projector was working properly and they spent the first 5 min fiddling around. Please do not say, “sorry about that”. Instead, make sure the wretched thing is working then you won’t have to give this fake apology.

I was called one Saturday evening by someone who said “sorry I’m calling you on a Saturday evening”. I think it was one of the people who had a plot or wanted a plot on my allotment. I felt like telling her that if she was that sorry she wouldn’t have called. Straightaway she lost 10 brownie points and I dealt with her briefly  but politely.

I have complained before about the receptionist who says in response to my query, I will just double check something when she hasn’t even checked it in the first place and people who say ‘sorry excuse me’ when they bump into you. Here is one of my soundcloud audios if you want to hear the the full sordid tale. It will be painful to listen to, so if you are a compulsive apologise listen with caution.

When I hear the use of the word “just” in connection with price I never trust the person. People are trying to kid you that the item they are selling is good value. Just £50 Sir and if you are mug enough to pay that money you are mug enough to do anything. We are selling these at just £20 for three items (because we want to get rid of them and they’re not selling). You will never get a Rolls-Royce salesman saying something like that. This is a cheap and nasty trick.

George Orwell talked about newspeak where all descriptive and rich overtones of the English language were to be destroyed or marginalised. This is happening all too quickly. One of these days when I have a lot of energy I will talk about the dreadful effect of Political Correctness on the minds of students the so-called leaders of tomorrow we are robbing all the ability to think. Long live Frank Furedi, one of the few college professors who has the courage to speak out against what is going on. If you want a real tonic, go to Amazon and order some of his books.

I think the use of the F word is another abuse of the language. Another psychic friend of mine told me that the vibration of the word is chaotic. In other words you can degrade your vibration and your ability to think at a higher level by the use of certain words. If you want the alternative to the F word here are some prime examples: dreadful, huge, appalling, humongous, out of this world, staggering, extremely – you get the idea?

I am also intensely irritated by false familiarity in greeting particularly via e-mail or social media. I get spam messages, complete strangers saying ‘hi Brian’ or even worse ‘hey’. It’s a bit like someone trying to attract my attention in the street and really puts my back up. On the other hand, good morning or good afternoon is a bit formal and I find myself saying to people particularly young people ” what’s going on” or ” what’s up” or ” how you doing?” I find this appellation to be moderate and nonoffensive. Excuse me is acceptable provided your tone of voice goes with it. Even say a dozen different things by this brief two word call for attention. You group or stick with the traditional “dear Brian, or dear reader”

It is a mistake to answer the question “how are you” by giving a detailed commentary on your life: physical, mental and emotional not to mention spiritual. I would only do so with someone who I knew genuinely cared about me and even then I would pick and choose. Most people use this as a meaningless pleasantry. I noticed first when I went to the United States. I have been there 41 times believe it or not mostly in the 70s and 80s. People in response to a query would inevitably say that they are “fine”. You have to listen to the way they use that word. It could mean one step away from death in which case they would say “fairly fine”. Your job is to say mindlessly “I’m fine”

The distinction between describing ourselves as well, or good is another area of degradation. ‘Well’ is basically about functionality and ‘good’ is a moral evaluation as in “he’s a good person”. When people say with a grin “I am good” that tells me they are fairly brainless and lazy. How is that for chauvinism. I didn’t get where I am today without being a chauvinist but at least it is more controlled and done with a sense of humour and if people mind then they need to deal with it.

People being offended by something will be the subject of another chapter. It is almost impossible to open your mouth on anything without being accused of giving offense. All I can say is, there are a lot of babies around. If you have muscular or robust speech you will wake people up; lazy and asleep people will take offense. As in the paragraph above I would say “deal with it”.

One of the best videos I have ever seen on self-discipline is by Bob Newhart who performed before most of my readers were born but it is absolutely first class relating to any form of counselling and bad habits. People these days have excuses that everything. For example, I am antisocial because my mother did not love me enough or dropped me on my head when I was two. If you know it then you have the power to stop it.

Why not enjoy this amazing video by a genuis.