Yesterday night manifested a quite horrendous committee meeting, the worst I have experienced in many years. The problem for those who want to hide things is that people are more sensitive than they realise. The speaker can express all the most pleasant and attractive sentiments under the sun and yet if there is an undercurrent of anger or fear or insecurity, this will stand out a mile. Thus it was with the unnamed individual who led the meeting last night. I needed a shower when I got home to get over the effect of the anger. Whose fault it was is not the point; the fact is that during the meeting I became viscerally more and more angry and from subtle insults and implications which were being delivered to individuals. I started out with 100% goodwill. 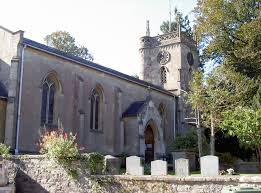 So guess what happens today. I go along to an event at a local church. Every Tuesday morning between 9:30 AM and 11:30 AM they have a coffee morning to which anyone is invited. On entering, I was introduced to a group of men sitting down one end of the social area where coffee and cake is served.  There was the vicar, in mufti, talking to a number of other people about films. This was a down-to-earth, unpretentious, man-to-man chat as opposed to the pretentiousness and ridiculousness of the events the previous evening. I felt immediately at home and was indeed welcomed and introduced to the other people in the group. I introduced myself by talking about the diary that you are reading and said that I would certainly like to come to a service.

Apparently the baptism service which is held on the second Sunday of each month is slightly different from the normal run of services so I have decided to write a piece comparing the two. I found this simple meeting of coffee an enormously healing experience.  It reminded me of the phrase in the Bible “when two or three are gathered together, there am I in the midst of them”. It does not say “when two or three are gathered together talking earnestly about Jesus….” It refers to the universality of the spirit of Jesus, or as some people would call it the Holy Spirit.

Since I arrived in Midsomer Norton five years ago, I have not found a church suitable for my needs and temperament and I’m encouraged to think that this could be part of the solution. I will definitely give it a go anyway.

I was also introduced to a website called “Ship Of Fools” where people go around anonymously and give sermons a rating. It is a splendid ‘don’t take yourself too seriously’ site and I look forward to getting to know it more. “Ship of Fools was first launched in 1977 as a studenty print magazine, but sank in 1983 after ten issues. It was raised again on April Fool’s Day 1998 as a website, and quickly grew into an online community as well as a webzine.
“We’re here for people who prefer their religion disorganized,” says the Ship’s editor and designer, Simon Jenkins. “Our aim is to help Christians be self-critical and honest about the failings of Christianity, as we believe honesty can only strengthen faith.”
Well said that man.

For lunch, and to celebrate the garden job, I went to my favorite high-class bakery, Bread and Beyond, in Chewton Mendip. They do not have a website but relevant Trip Advisor reviews are more than sufficient. Both of us had baked quiche and salad plus the yummiest cakes you would ever imagine. Good food satisfies without filling you up and this was certainly in this category. If anyone is driving this part of the world I suggest you put in BA3 4LJ to your trusty Sat Nav and enjoy a light lunch or cakes or tea. Bread and Beyond is on the A39. You can park right outside. I cannot recommend above 10 out of 10, so 10 will have to do for this place.

A further good bit of news when we were invited unexpectedly to lunch with somebody next Sunday, and then the opening of a very interesting discussion with someone who runs an international peace organisation from South Africa. I was speaking with the UK representative and we were discussing how an organisation depending on essentially voluntary labour could proceed as a coherent whole without political and ego based separators. Many organisations are a mishmash of new and old and this applies both to the attitudes of the personnel involved, and the nature of the design of the various websites created by various people with different levels of expertise and staying power.

In general, we do not treat our organisers with the respect we should do. We expect them to work like pack animals without involving them in without keeping them up to date with what is going on. I once worked for a company that specialised in recording books for the Blind. They were very very cost conscious and although we were volunteers the compensations were pretty much zero. The decision was made from on high that for every hundred books the volunteer recorded they would actually get A FREE BOOK. bearing in mind that each book takes an average of 40 hours to record that offer is really an insult.

My wife who works for age UK is invited once a year to a so-called celebration lunch.The ‘preparation’ consisted of one of the juniors going along to supermarket and buying some mince pies, cakes, biscuits, small sausage rolls, a Christmas cake, cheap cordial and the like, unpacking them and putting them on a table with some plates Plastic glasses. My wife works every Monday without pay from 10 AM till 3 PM which I calculate makes 300 hours making allowances for holidays. If age UK had to pay the going rate or shall we say the minimum wage the compensation would be about £4000. The only time the managers turn up is to check that the rules are being adhered to. Volunteers need TLC just as much as anyone else. In Egypt’s we read that donkeys are worked until they drop. I think we can do better than that.