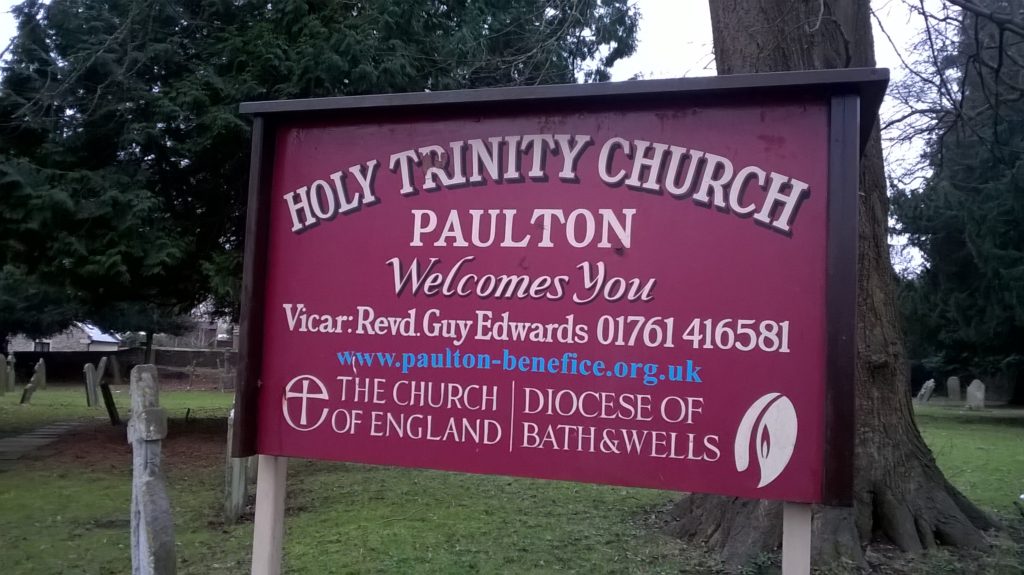 Well, this was indeed a special morning. I have been half-halfheartedly looking around for years for a church which I can actually relate to. I need a decent standard of preaching, not too long or pompous , an informal atmosphere and above all not conventional and – for the cream on the cake – a tad eccentric.

I’m glad to say that at this early stage I seem to have found the place for me. Today’s service was different, it was a baptism but more of that anon. The vicar, Guy Edwards, has a natural informal style and he explained the service as he went along and tried to demystify it as far as he could. There is no way that he tries to convey holiness which is a great relief nor does he try to dominate the proceedings with a military style or false distancing. He started off by giving notices including a local event, a version of Ready Steady Cook which was going to happen on 9 February and which was promised to be a lot of fun.

I was quite happy just to stroll into the church on my own not knowing a single soul but I don’t know how I would have felt if my father had not been a vicar and how for a number years I did attend church. When I entered I was warmly greeted by George the sides man who saw fit to apologise for the lack of heating although the heating had been on since 7 AM whereupon I commented that the heating rises. He joked that the only beneficiaries were the spiders.

Before the service, the congregation was very chatty. There was a group of four ladies at the back who continued chatting until the choir and vicar were established in their seats in the chancel. We had the usual assembly of hymns and prayers but curiously the gospel was read by a lady in the congregation who delivered the holy words from a normal sitting position. There was none of this business of standing and facing the front which is phenomenon I am used to  of old.   In retrospect, I find this rather distancing and belittling of myself as a person in whom the spirit of God dwells as it does with everybody.

And so we come to the baptism of Casey John, the son of Adam and Holly. The bouncing boy made his presence known by whimpering and making expressions of noise at certain times. There was no element of anxiety in his crying and it was quite clear to me that his mother Holly was a very good mum. She seems caring without being smothering and I feel the child was look forward to and loved. The father is just plain proud. The baptism service itself is interesting. A lot of people are involved including the parents and the godparents (the names of the latter I’ve not been communicated to the vicar or perhaps they had and he had forgotten). It made no difference but the point I’m trying to make is that the parents and godparents had to stand in front of everyone and promise to care for the child and help it to take their place within the life and worship of Christ’s church. They had to respond by saying “with the help of God we will”.

I was writing yesterday about being put on the spot and today’s experiences was a case in point. Further to the above, they had to undertake to reject the devil and all rebellion against God, to renounce the deceit and corruption of evil, to repent of the sins that separates us from God and neighbour, to turn to Christ as saviour, to submit to Christ as Lord and to come to Christ the way the truth and the life. They had to respond to everyone in the congregation in the affirmative. If that isn’t putting someone on the spot I don’t know what is but they rose to the occasion.

It was a good and brief sermon talking about the importance of names. I know that what is meant for me will jump out and Guy talked about Christianity helping you to be the best you can be. There is something very self-respecting about this sentiment and I will take it away and adopt it as you see from the fact that I’m writing it down now.

As regards the couple in general, sometimes you look at people and you know they are going to be good parents probably because they already are. I further felt that the father, Adam, was an independent and a rock-like figure who will be reliable and faithful. 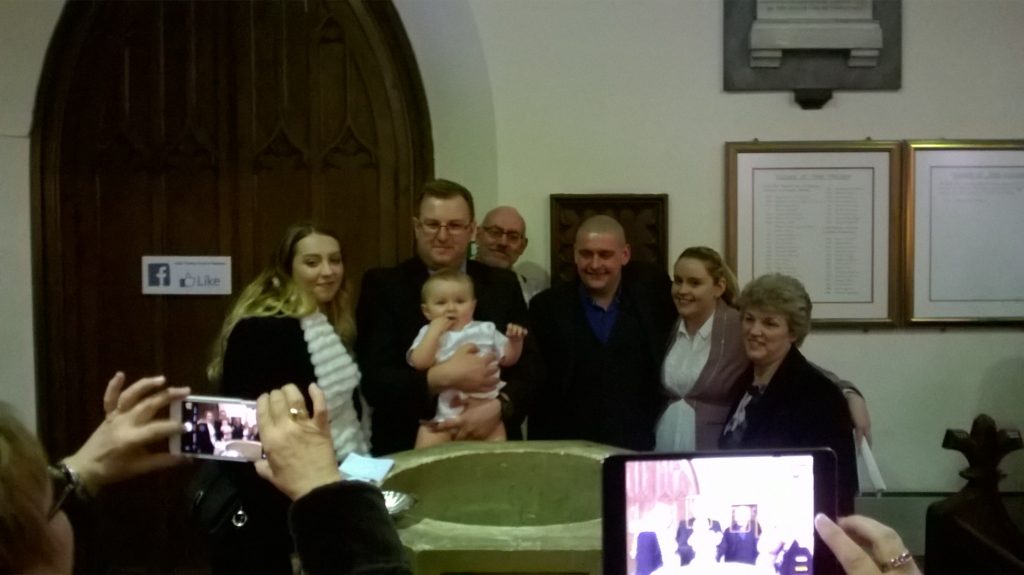 The service ended about 10 minutes to the hour with an informal blessing and I chatted to a few people at the tea and coffee servery that was at the back of the church. The organist by the name of Kevin Kevin was talking to me about the need to raise £30,000 to clean and renew the organ but was saying that it is difficult to find fundraising agencies that give money for organ repair. I commented that the subject matter was not very sexy and glamorous so hopefully the money will be found. They have until 2025 to get it so I think they will achieve their target.

So will I return? Most definitely. As my readers know, I’m what is called a body psychic and I can detect thoughts and atmospheres by a reaction in my body and the high point of the event was the joining with the audience to support the parents and godparents in their efforts to bring up the child. 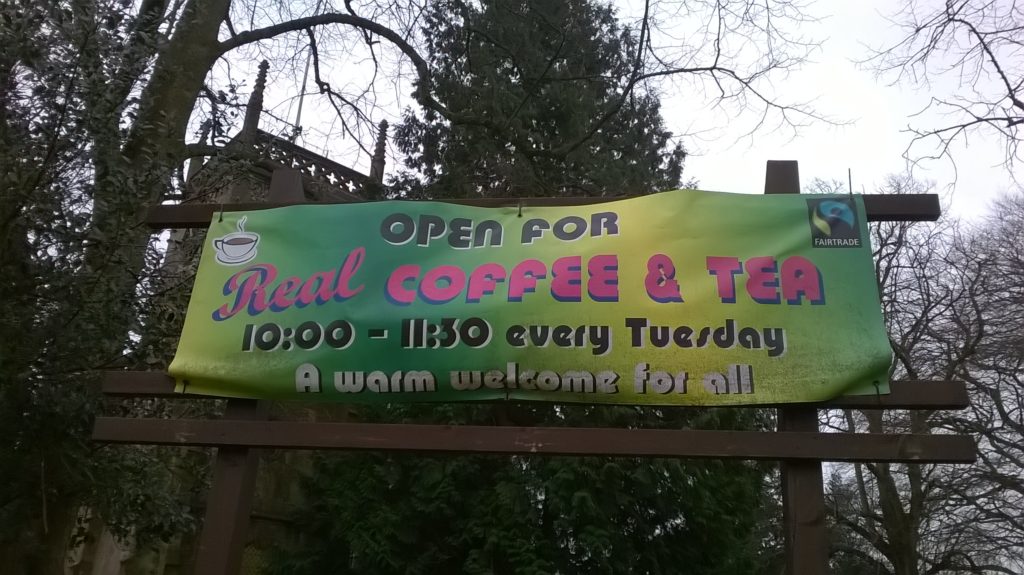 Next week, there is a service where three churches combined, it’s called a Joint Covenant Service and it starts at 10 o’clock so I must set my alarm to be in good time. They do tea and coffee every Tuesday morning as you see from the sign so I might pop along there if I feel like it.

So I do wonder what the average Church of England person would think about this young lady who can demonstrably ‘read’ without using her physical eyes. Would they feel threatened or ignore it? I am wide open to both these people and Jesus who must have been the most psychic person on the planet. I am a total fan of Jesus and believe he has the answer to the mess we are in.