I was reminded again on the subject of loneliness by the “Thought for the Day” on the Radio Four TODAY programme and I thought it was worth a little bit more examination. I have done about 30 years of counselling on and off. I can slightly laugh at myself by saying I can give good advice to others but cannot give such advice to myself. As a general observation, I think we all know more than we realise consciously. It all goes in to our heads somewhere and only when something is demanded of us can we rise to the occasion.

Alone.   First of all, some people love being alone. It is a physically descriptive statement of your condition for example there is no one else present. There is no comment about inadequacy, lack, misery any other quality that you can think it is just a statement. Very often, it’s the way a particular person has always been. It’s the way they like it, the way they can be most creative. I saw a film of a chap who lives on his own close to a lake in Canada and spends his time carving wood and fishing, selling the results to the odd passerby. His wife died a few years ago and he discovers now he is quite happy on his own. This does not apply so much to children who have been left alone and of course the film “Home Alone” is the prime example. I’m talking about adults not vulnerable people where and when entirely different set of implications applies.

Alienation. I am going to cover this one second because I think it is often mistaken for loneliness.  Karl Marx described alienation as “an ends enstrangement of people from aspects of their essence, sometimes as a consequence of living in a society of stratified social classes”. In other words, if you are an artist and you are required to coexist with people who are computer programmers or electricians, you will feel alienated. If you have a particular spiritual belief that you would like to share and everyone else is atheistic you will feel alienated. It is really about the lack of people on your wavelength. Age does not come into it. A spiritual person is a spiritual person, and that spirit has no age.

We can speak about alienating someone by displaying a symptom or symptoms or behaviour patterns which are offensive to them. “He alienated me by his behaviour”. That sort of thing is in the minority but it must still be taken into consideration.

Loneliness – we can say that this is an unpleasant emotional response to being alone. It never feels good to be lonely. The feelgood chemicals can not fire off. The sufferer cannot escape by going sideways or by looking ahead to something better. The sufferer is in a cul-de-sac. Loneliness means that you haven’t found people that make you feel wanted, valued and important. It does not indicate permanency. I feel lonely in the bar, and a friend comes along and recognises me and we have a chat.  Because the mind wants to make up for what it doesn’t get by way of emotional and intellectual responses it plays its own games, which can include elements of self-pity and lack of purpose, even wanting to leave the planet (not recommended)

However, loneliness can happen within a relationship and that can be far worse. You can be physically close to someone and you don’t feel any resonance or sympathy with them. After a time, antipathy builds up. It almost makes it worse to be or have to be physically close to someone for example in bed with whom you have no empathy. Because you may be bound by the mortgage that you spent on a dwelling, this could be akin to a prison sentence.

People who are in a dysfunctional relationship sometimes remain in it although there is no longer any reason to do so and no love. This is because they are afraid that they will feel more lonely when they release themselves from the relationship becoming what we have called above “alone”. In my long experience, I can say that the opposite is true. The person in the unsuitable relationship has adapted themselves more than was good for them to the demands and the nature of the other person and now they find living on their own they can express themselves in their own way, go out, have fun and enjoy themselves.

There are other people who are lonely because of some physical disfigurement, great psychological damage suffered when they were young which they feel they cannot share, or some other mental or physical condition that prevents them from communicating with their fellow people. This is where the many agencies, many of them voluntary, should be sought out for help. There are others who have become single parents and because of the age of the children are not able to get out and about and meet other people. They then, quite understandably, feel lonely.

Last night, I watched a film about young people in South Korea and we were told that 50% of them between the ages of 20 and 30 have considered cosmetic surgery. These were people who both you and I would consider perfectly attractive but as we are not eastern people, some nuances will escape us. Apparently, eyes that are too narrow considered ugly. We were told that when you apply for a job in South Korea, you must include your photograph. I can see that the lack of cosmetic attractiveness, or even the perception of it, could indeed make people alienated, lonely, and alone. On the other hand, if you buy into the system without thinking about it I believe you deserve all you get. Where is the recognition of the human spirit?

I have noticed that some of the most cosmetically attractive people are the most insecure. They are always trying to compete with other people. And yet there are people that I will call ‘Plain Janes’ who are happy and contented and loved by their husbands and friends. I think it is a positive disadvantage to be attractive because you know people are fancying you and are leering at your breasts and so on. it must be degrading.  Intriguingly, the origin of the phrase ‘plain Jane’ may have arisen from the novel Jane Eyre, published in 1847, where the protagonist, Jane, is constantly referred to in the story as plain. 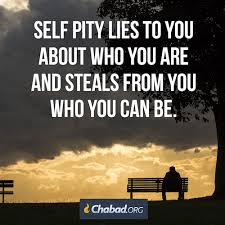 My overall observation is that people are far more critical of themselves that they need be. I respectfully suggest that trying to evaluate yourself from the point of view of how interesting you are or how attractive you are is a complete waste of time and energy. The person who takes a real interest in other people has the Queen, the King and the Ace of cards. The person who sees every other person they meet as an opportunity to encourage and get to know them will never be lonely.

Self-pity is a real pest and can be selfishness in disguise.

There is another way round this whole thing and that is to get a pet. I was reminded of this this evening when we went to the Old Down Inn. There was a chap accompanied by a very bouncy cocker spaniel. He evidently comes in twice a day and has 2 pints at lunchtime and two points in the evening. It would appear that he lives alone because the dog sleeps on his bed every night. I think this is a wonderful compromise because if you have no human being to cuddle up to, an animal is capable of unconditional love like no human being. Not so sure about cats though.

Dogs have masters, cats have staff.