As with most things in life, there is more to this than meets the eye. I see people attacking snow as if it was an enemy and not part of the natural world. I see people racing to finish the job as quickly as possible as if it was some form of competition. As a result, they exhaust themselves. Have we ever seen videos or films of country people scything hay in the fields? Do we not see the rhythm, their unhurried nature and do we not see how much work is achieved. <idea bubble> Why not make the clearing of snow an art form?

Yours truly, having had his regular morning coffee dressed himself appropriately for a cutting east wind and subzero temperatures and started on the task in hand. Plan of action: I decided it was a waste of time to clear the pathways because more people have cars than not. The elderly were not going to come out anyway until the snow has disappeared. I decided to cut two tracks equivalent to the width of a car’s wheels. One of the most difficult things with no reference points is to cut a straight line which when you stand back looks more like a dog’s leg so each area was treated four times to the width of the snow shovel about 18 inches.

I can understand how people get lost in deserts and in the Antarctic and Arctic. There are no reference points. I imagine that it would be easy to walk round in circles thinking you were walking straight line. (makes mental note to take a compass with me when I’m next at these places)

The first journey was just to ruffle the snow and give notice that it was going to be moved; the second journey was in the opposite direction to clear some of the material up. The third and fourth journeys were to progressively remove the more stubborn bits of ice.

Fortunately, the snow was powdery so therefore easy to shift. It is interesting to see how wind compacts snow because although I did 60 m there were no two lengths that were the same. It is either blown sideways, compacted down or somehow melted to the ground probably because some animal had stepped on it during the night and so on. I followed my own advice above and was very gentle with the snow, advising it that it was in the wrong place and inconveniently so. You can certainly tell your physical fitness working in such cold and lifting quite a heavy load of water in the form of ice. 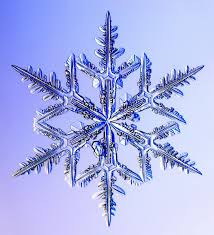 Amazing that no two pieces of snow all the same. This inculcates a certain respect. I do not think I would have had quite that respect had I had to sit in my car on the M62 motorway for 13 hours or in the New Forest or indeed on the 5:15 PM from Waterloo which took a mere 11 hours to travel 35 miles. I had discussions with a couple of friends why these foolhardy travelers didn’t listen to the weather forecast. The consensus was that since the BBC for the purposes of self protection frequently exaggerate a storm or event, this worked against the whole country. We call it “crying wolf”. When it came to it, the public were philosophical and thought to themselves that they would “try” to get home or “thought” they would get to the office. We do live in a post-fact society and maybe this is just one of the features that we can expect. In Germany or Japan people are given orders they followed and without question, slightly less so in Germany I agree.

….A quick whip round of my cleaning efforts before night falls…..

“We are immersed in an inner life of consumerism which is inimical to us, ramped up through an exposure to television and advertising”
Thus spoke a psychiatrist who was talking about the factors contributing to psychopathy. The topic of the film was a young man who strangled a schoolmate of the telling other people he was going to do it. After the event he talked about his childhood. He remembered a time when he had worked especially hard to get a good grade for a piece of schoolwork and actually got 8/10. When he returned home, his mother said that if he had worked harder he would have got more. His father stood up for him whereupon his mother went out, slammed the door, and told his father to get out of the house. You can imagine what effect that had on an eight-year-old.

I have discussed the topic of trauma in my previous diaries and in this film the psychiatrist thought that there need to be three conditions for psychological trauma; abuse, neglect and abandonment. He cited going to nursery at a very early stage as weakening the link between a child and its parents. The whole film was very interesting so take a look if you feel like it.  There is an implied question Are psychopaths born or are they made.  It is called “In the shadow of feeling”  42min 42secs