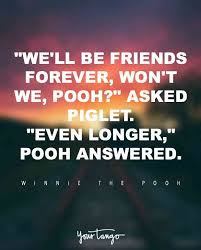 I was brought up on Winnie the Pooh and I enjoyed sitting on my father’s lap enjoying the well-known stories which I knew word for word. It was an innocent world animals with their various personalities, Roo, Tigger, Christopher Robin, and the star of the show Pooh Bear himself.

How times have changed, for better for worse is a matter of discussion but when 10-year-old girls become so self obsessed they want an operation to correct suppose defects in their vagina, I think we can say the trend has mostly been downwards. Facebook has been rearing its ugly head about the integrity of treating the Facebook member as a cash cow and utilizing them for supposed financial benefits. I am continuing my association with it as an experiment and start my day with deleting the half-dozen or so skimpily dressed young ladies who recommend a site of their friend who is probably even more skimpily dressed and prostituting themselves, taking advantage of the loneliness and needs of their opposite sex. I am told that these recommended friends are stunning, humongous, amazing, every word you can think of and now I just read the first word and block.

Through some sort of mysterious algorithm I have accumulated quite a number of friends, 1,384 to be precise as of today Friday, 27 April 2018 at 10:26 AM.  Why am I doing this? I think it is partly the novelty and the intrigue that you might just come across without knowing it a friend of a friend who turns into quite an interesting person. This is actually happened on one or two occasions with good conversations but more interestingly I have befriended and been befriended by people that I knew 30 years ago and still have something to say together.

Are these people friends in the sense that I would like. The answer has to be in the vast majority of cases ‘no’. I was reading an article in our local newspaper, well actually a national newspaper, the ‘i’. Short for independent but that went bust in its printed form anyway. The article was entitled “you can’t put a price – or a time limit – on friendship”. I would thoroughly concur with that sentiment. Mark Twain was realistic. He said “the holy Passion of friendship is so sweet and steady and loyal and enduring nature that it will last a whole lifetime, if not asked to lend money”

It is mildly disappointing when someone befriends you to discover that there was an ulterior motive. Shortly after my move to Somerset a chap who really did have lots in common with me started a series of conversations. However, after three or four meetings he broached the topic of investment in properties with a guaranteed percentage of return, I think it was about 7%. I realised that he had been grooming me as a friend so I would part with some money. Now, the scheme may have been excellent but the subterfuge was not appreciated. 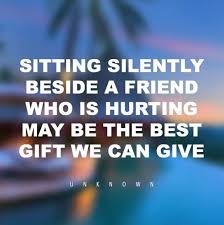 But anyway, back to the article again. I think people have become dissociated in their relationships, I mean their personal relationships. I’m not talking about a work colleague that you befriend for the sake of having a more pleasant time at work I suppose I’m talking about a buddy, a confidante, someone who you talk to without fear of being judged, someone who does not watch from the outside but rather identifies with your inside.

I think it’s asking a bit much to have a friend that completely agrees with you in every aspect of your life. I have friends that I discuss psychic things with, friends that I discuss gardening with, friends and I discuss 9/11 type stuff. If I were to introduce them to each other, they would not necessarily get on very well. When all said and done, it’s all about wavelength. When I went to the men’s group, the Christian men’s group, last evening in Frome there was no dissonance, no awkwardness, none of this ‘getting to know you’ chatter. We all believe in the same thing so there is no need to impress anyone or ask the normal chat up type questions, off you go with your favourite chosen subject..

I don’t think the quality of friendship depends on the amount of time you spend with someone though I think overall you need a certain amount of time to get to know someone. The article referred to above suggests 50 hours to become casual friends or 200 hours to move into the close friends category. However, this research was conducted by the University of Kansas who defines four levels of friendship – acquaintance, casual friend, friend, and close friend to which I would add one category “soulmate”. Soulmate is someone with whom you can sit without the necessity of actually saying something because those of you that believe in the aura and the energy fields and in the power of thought will know that you’re talking to the other person anyway but not using the rather gross method of communication where the brain changes thoughts into sound waves, these are projected through the air via the mouth, they are picked up by the ears of the other person and translated into meaning.

With regard to the research above, if this was conducted exclusively using citizens of the United States as an example I would question its applicability to other parts of the world. The United States is country of extraordinary opposites. We have some of the greatest minds, and yet the majority, the vast majority, have been rendered almost stupid by the continual influence of chemtrails ( do your own research on that one), put fluoride in the water ( used by Adolf Hitler to calm down people in concentration camps), junk food and an unceasing flow of mental from the media. I think you have to work far harder to get friends because if the acuity of the brain is less, probably due to the amount of hours spent on social media, the level of empathy diminishes.

A friend is someone that you can rely upon at all times, who is constant, and who has known you for a minimum amount of time perhaps a couple of years. The Christian would recall the hymn “ what a friend we have in Jesus” and although we cannot see him, his spirit is with this and that’s as good a stabilising thought as I can offer, He is the still small voice admits the passions and the foolishness of mankind. I remember the quote by Ralph Waldo Emerson “keep your friendships in repair” be they utilitarian or personal. To ambitious people I say “be nice to people when you are on the way up because you might meet them again on your way down”.

I find many of the more thoughtful people in my life don’t have many friends, but the friends they do have are good ones. When you come to think about it, a handful of friends is quite a lot.