At about 10:30 PM, we decided to go for another of our famous spontaneous days, with the initial rationale of the need to pick some eggs from our local farm and to pick up my mower from the repair shop in Kilmersdon. I had another expensive repair bill mainly because I use the mower not for mowing lawns but for demolishing rough areas which the mower blade in general is not designed to do. I have learnt my lesson now after the second bill and will use the mower for what it has been designed to do namely mowing lawns. I have a new strimmer of the ‘take no prisoners’ variety so I will use that instead.

We decided to go on impulse to Mells including our favourite outdoor cafe and garden shop combined. On the way we saw this poster and I was intrigued by its originality. It is next Tuesday so I thought I might go. I will certainly get the chance to meet a new lot of people and it will make a refreshing change from my normal routine. 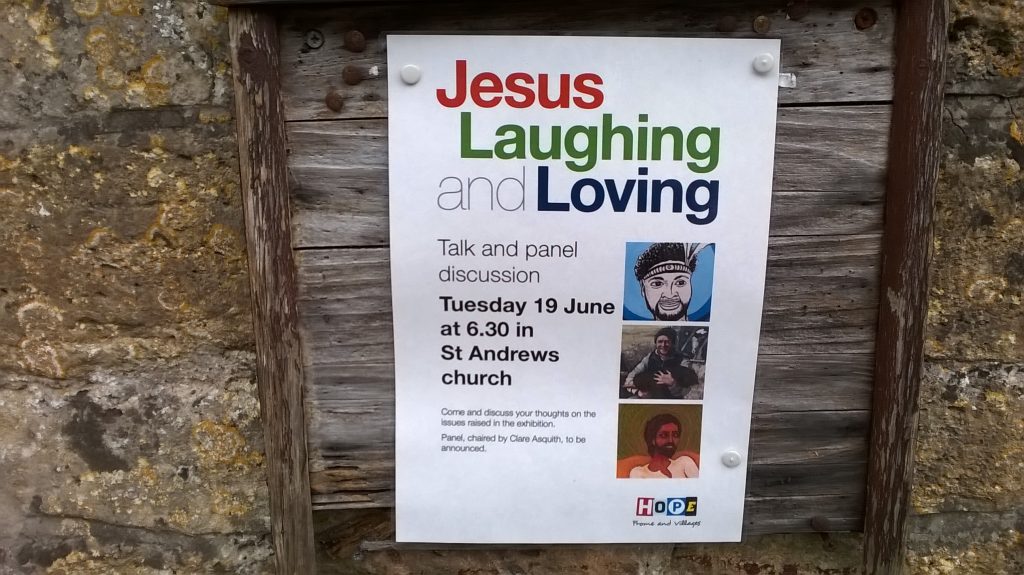 No matter how many times I go to the outdoor cafe and gardens, it is never the same and this time we were treated to rampant growth in what is the highest point of the year as the following pictures will show. 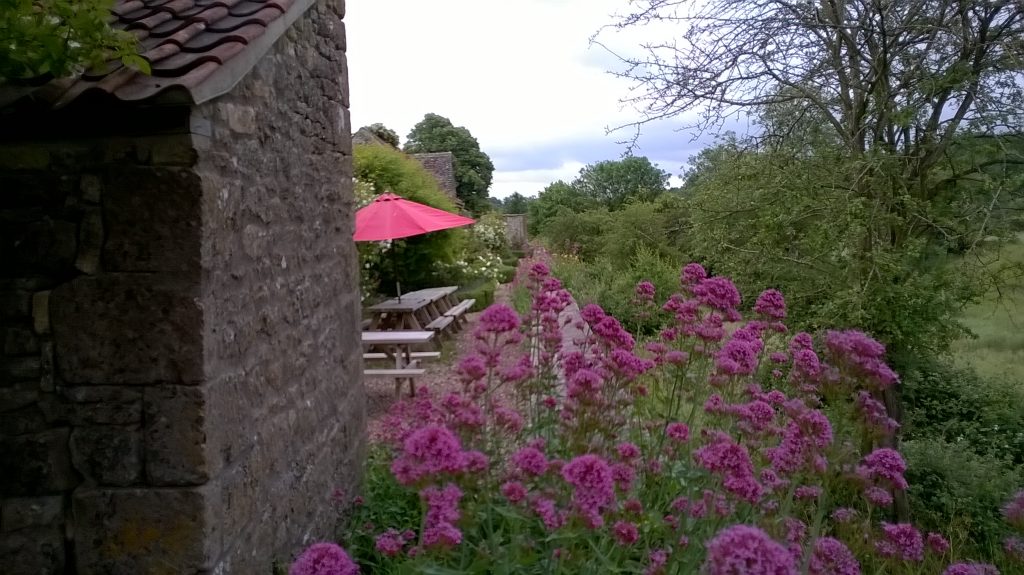 This is an area in front of a wall overlooking a field where you can have tea brought to you if you so wish. 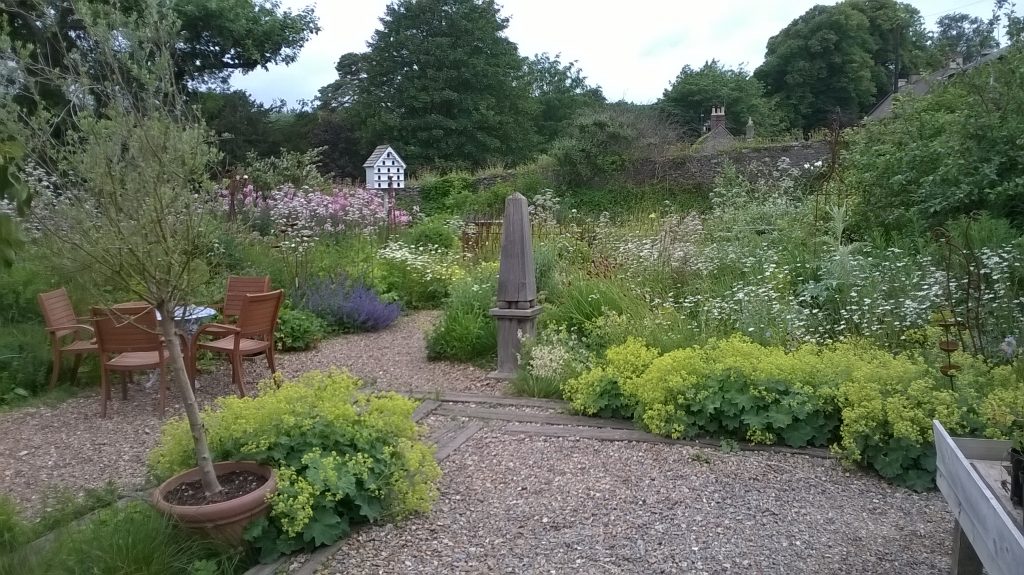 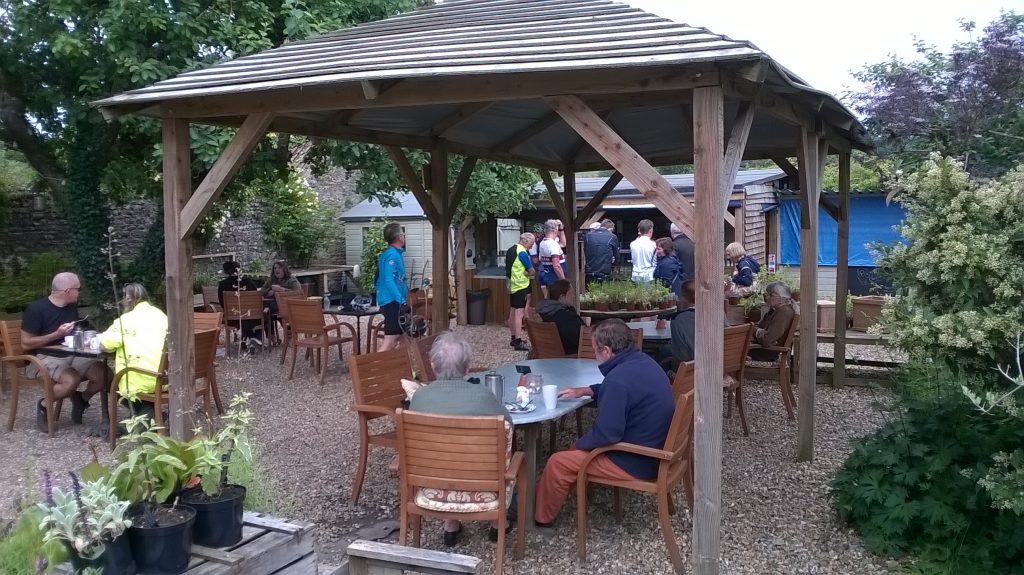 The main serving area, partly covered, much loved by the locals. You need to be well off to live in Mells so don’t ask about the prices.  If I tell you that the average house price is £1,643,985 you will see what I mean. However I suspect that this is inflated by a few very special houses in the historical part. I can recommend Mells to anybody on a fine day as the ultimate relaxant. There is only one street so you can’t get lost. Park by the Post Office and walk up the hill. 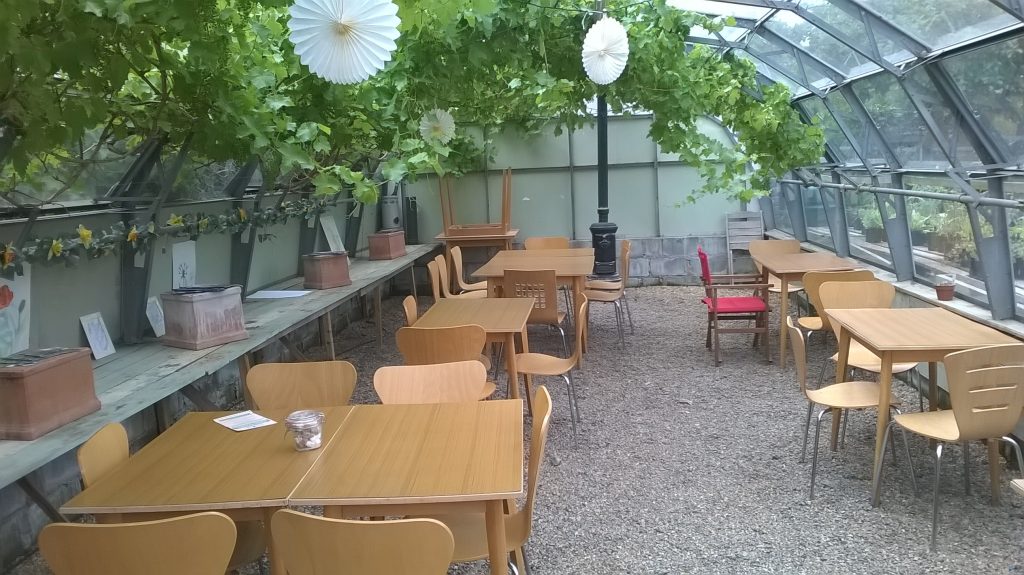 An eating area that can be used in case of rain. This was previously a second-hand shop but I don’t think it was making any money so everything was cleared out. 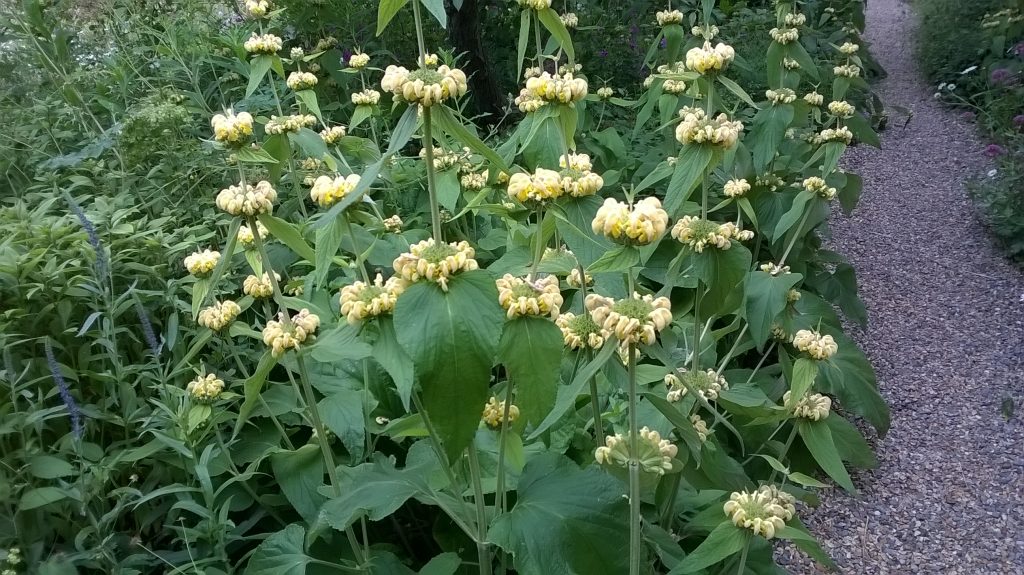 I have no idea which variety these flowers these are but they were most attractive. What next?

In the Mells Post Office I saw an advertisement for a Summer Fair so we thought ‘why not’? 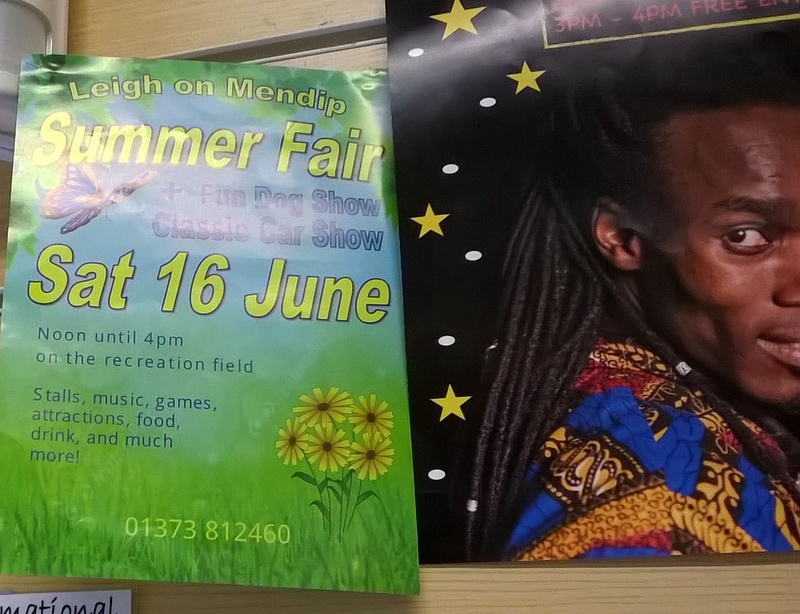 The weather was indifferent but we decided to go anyway. The local Radstock museum had a very clear banner, simply laid out, which I found very attractive. I liked the text and layout and even the font because it was not too busy and did not try to say too much. People only have a few seconds to take things in.. 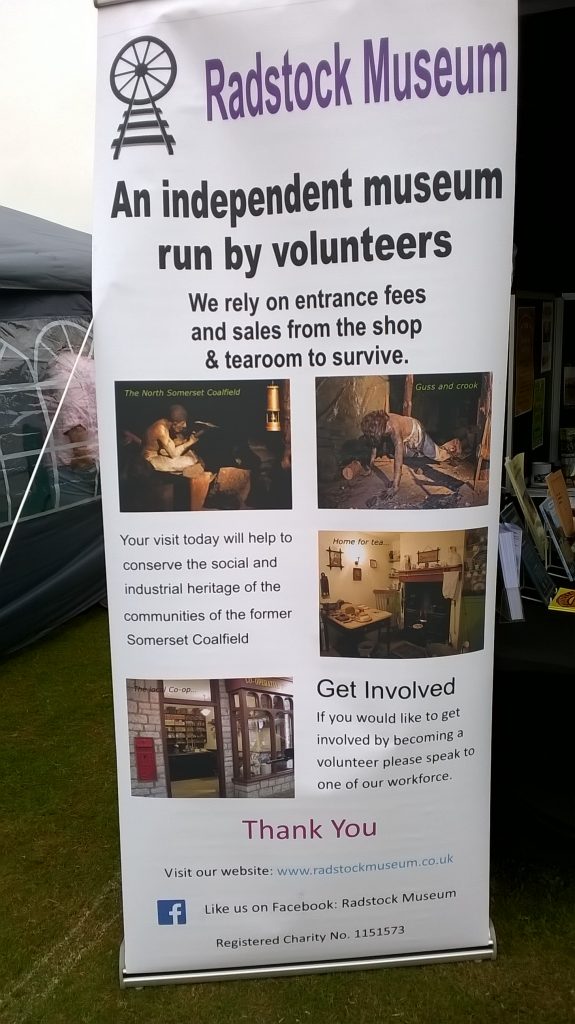 There was a very original stall about snake rescue. the couple who ran it knew everything about snakes and said that the only poisonous snake in the UK is an adder, all the rest just want to escape from people if they can lead a quiet life. They were encouraging people to touch and hold the snakes. 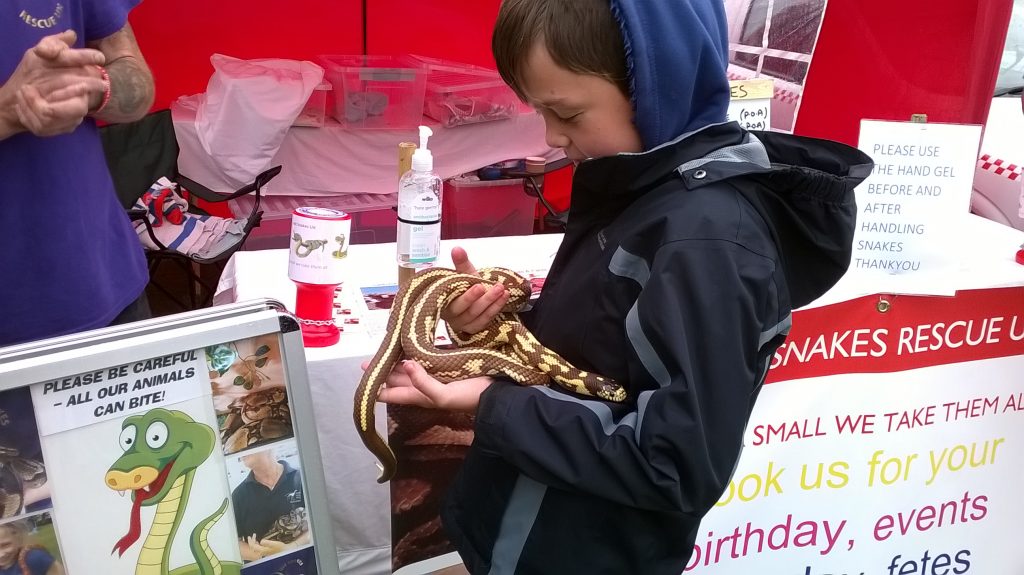 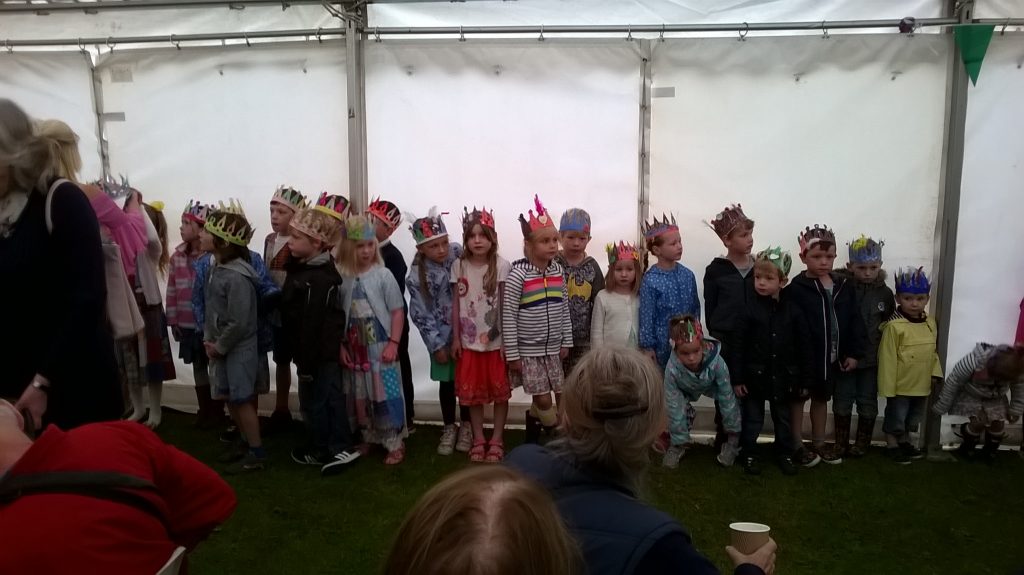 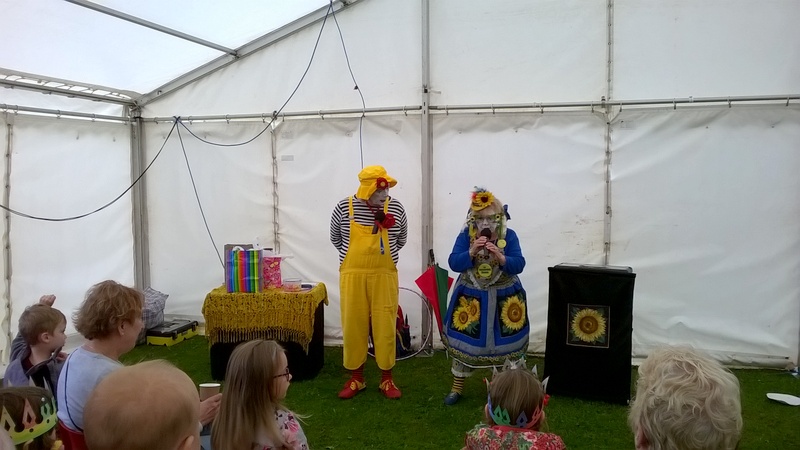 The local clown and clowness telling funny stories. If you can hold the attention of the children, then the parents will love you.

After having a pint of cider, speckled hen no less, and enjoying every last drop of it I noticed that the local quarry were running trips. You would be amazed how many stone quarries there are in Somerset. They are vast, and typically hidden by woods so you don’t see how big they are.

For years I have been curious to see what one looks like from the inside but you can’t just walk in because during the working week they are a security area. This one run by Tarmac, close to Leigh on Mendip,  was 1000 metres in length and 500 m in width. It had been active for about 30 years and they had just applied to go down another five layers or steps as I think they are called. 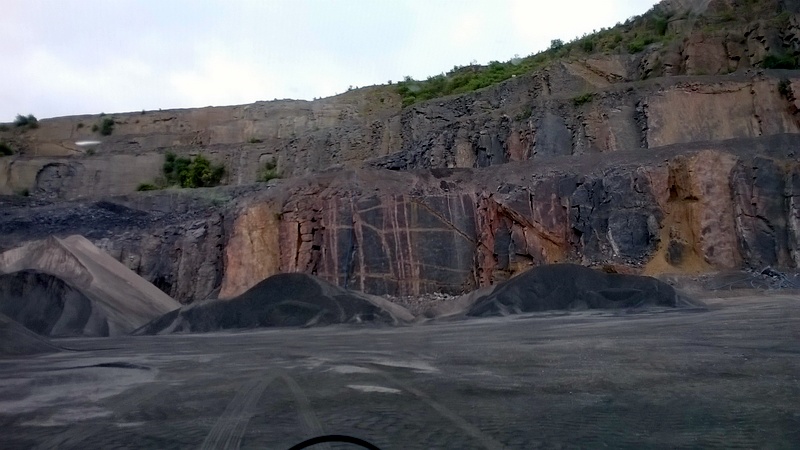 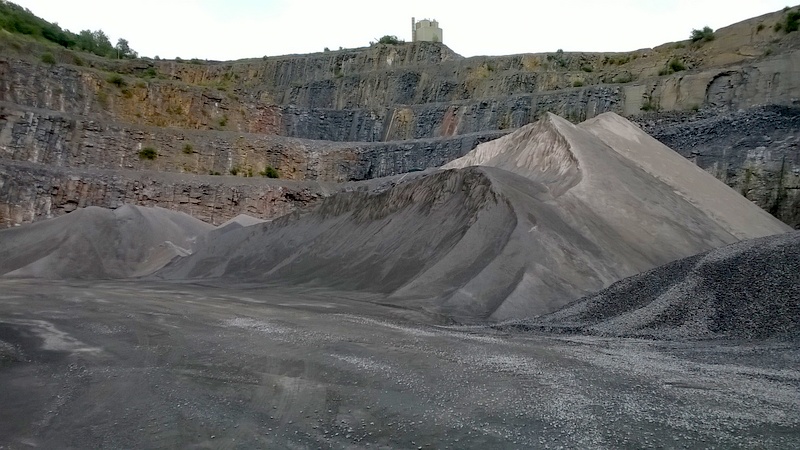 I was very interested to learn how many grades of stone there were. The crusher is set accordingly. It can start at 20 mm in diameter and go down to little larger than dust size.

The limestone on which we were standing to look round was formed well before dinosaurs came on the earth which makes it quite a few hundred million years old. There are layers of clay which are unsuitable; the company find  the occasional fossil but the rest is hard usable rock. 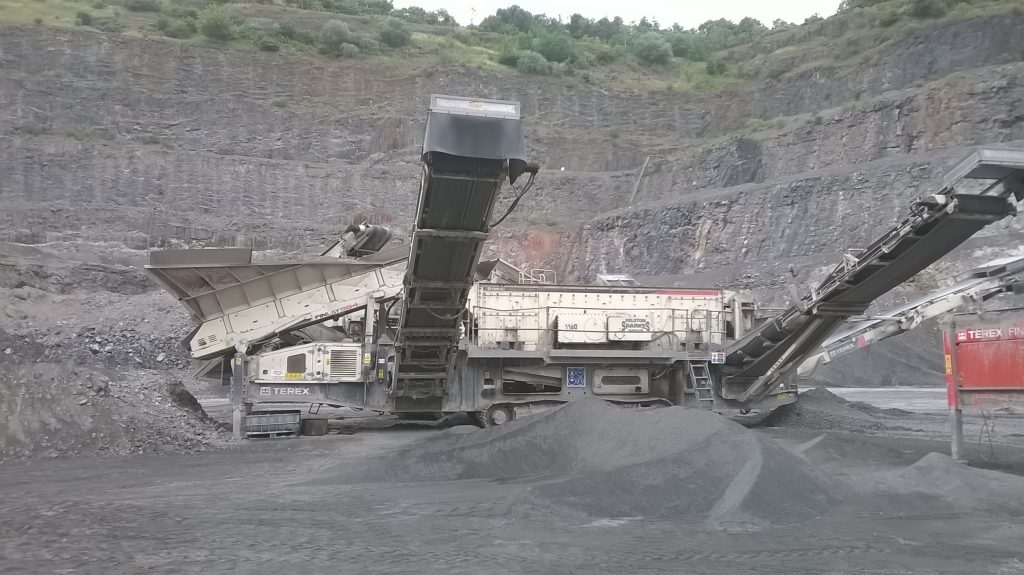 Here are some of the machines used to do the loading onto lorries. I did not photograph the crusher machine which is many times as large.

This is an example of when we just go somewhere without any preconceived plans, we end up by having a far better and more interesting time. I would never have dream that I would have the chance to go and visit a real live quarry but there it was, right in front of us, so we jumped at the chance without any hesitation even though we didn’t have the right footwear and  the weather was not very good. We thought to ourselves, when Will we have another chance?

To a private view, 6-8pm,  at the Andelli Art Gallery situated in a private house near Wells. Good wine and a small amount of nibbles. I amaze myself. On the way a little voice said to me that I was going to buy a work of art. We turned up to find quite a goodly crowd of people there and blow me down, there was the art work staring me in the face, calling me to buy it. It is vulgar to talk about price if but it was a useful amount. I will show it in my diary later on in July when it is delivered but it’s about a work of art of asking a question and in this case several questions.

I met several delightful people, one of whom had traveled down from Richmond in London and another of whom had worked at the Royal College of Art also in London. I realised how important art is as a therapy and as a statement and down from now on to take care of myself in this respect.

To the Old Down Inn  and we ordered a whitebait and a couple of drinks. In the corner was sitting very well built gentleman and his wife were turned out to be the grandfather of no less than nine children. Evidently, regularly, he takes the grandchildren into his house for a sleepover at weekends on a regular basis. I said to him that I would never do such a task but he said that they will look after each other and behave well. I was most impressed by the fact that they do not allow iPads or any form of mobile telephony. Any child who brings them as to give them in. As a result, they play, talk, share, experiment, in the way that children should do.

The grandparents said that if the children complained, then they didn’t have to come and the choice was theirs. , well I was enormously encouraged by the moral stance of these people and on leaving the bar I wish them all the best and told them to keep up what they were doing.

it is necessary to greet the parrot who is at the entrance to the pub just inside the front door. He says hello to you anyway even though you don’t respond but I always say hello in parrot language. 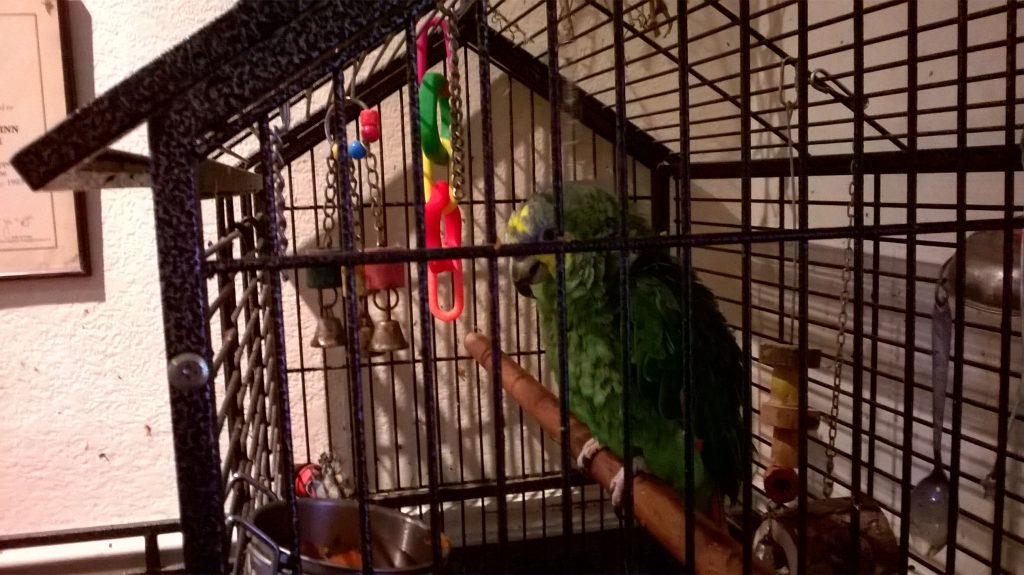 All in all, a thoroughly good day. Getting away from the office, mental stimulation, doing something new, meeting complete strangers, and encountering a work of art that wanted me to be the owner. Looking at the leaflet below I have a feeling what tomorrow is going to bring. 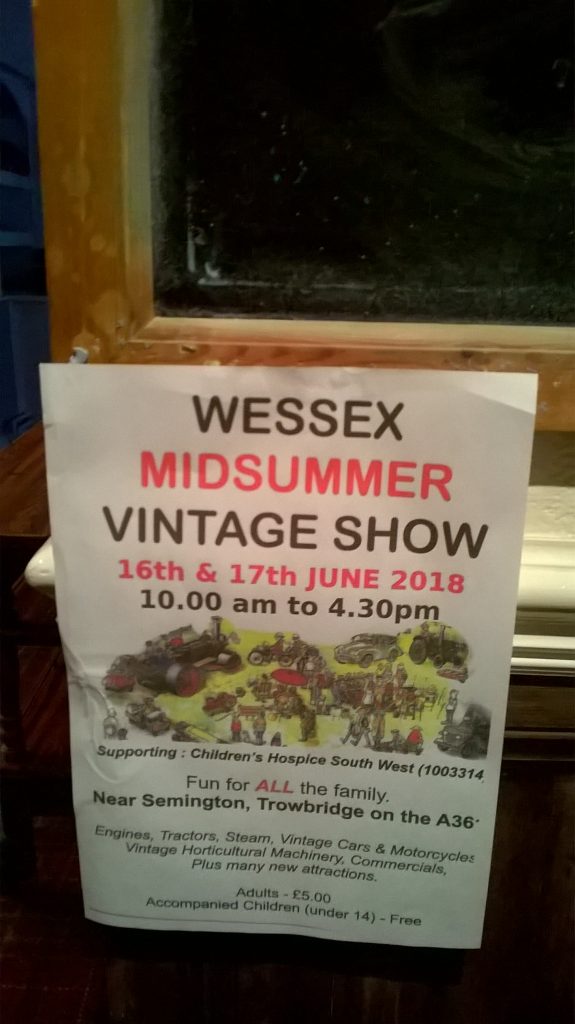