Oh dear oh dear such good intentions but what a mess. 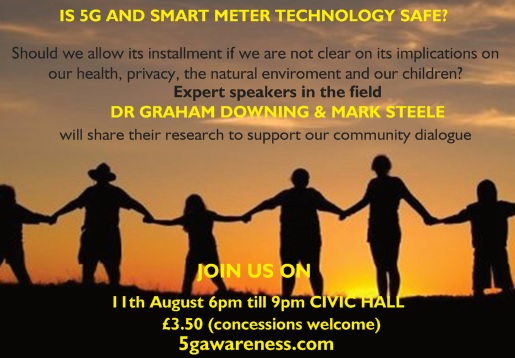 As my regular readers will have gathered, I am very involved in smart meters and 5G So when I heard there was a talk in Totnes, Devon, I was delighted but when I saw the leaflet I realized it’d been hastily created and ill thought out and unless there is a large and stable group of existing fans the chance of this leaflet pulling people is small.

Let this be a warning to anyone designing anything.

Please take some time to look at it. First of all, when you design a leaflet you think who it is for. There is a rule of thumb out there that if you try to appeal to everyone you appeal to no-one. The wording of the leaflet makes certain assumptions that those outside the field are not aware of so clearly the talk is biased.

The wording was clearly written by an insider who takes public knowledge for granted. To the average member of the public “should we allow its installment” means absolutely nothing. What is to be installed?

I know that Dr. Graham Downing is excellent and Mark steel is a firebrand pursuing his course in true Geordie fashion for which he must be admired but if you are not in the field the names mean nothing.

We are asked to come along and join “us” in the Civic Hall. If you are not from the area where is that supposed to be. Address? Town or City? Who knows.

Oh, and looking at their website, two of the pages are blank and the others barely respectable. First impressions do count, and so do second third and fourth impressions.

£3.50 (concessions welcome) could be read in many ways. Why not try general admittance £4 (50p’s are a nuisance) concessions £3.

Normally a telephone number for enquiries is good. The website is a reiteration of the leaflet and commands no authority.

The most ambiguous element is the imgaery. What has the setting sun – presumably it is the setting sun – got to do with anybody and why are people holding hands. It could mean anything – the end of the world – a pop festival. Why not a picture of a smart meter or an antenna to give some clue to people what it’s all about.

Look, we have all got to start somewhere and I don’t want to dampen anyone’s enthusiasm but in this day and age you have to be up there otherwise your utterance will be dismissed if people don’t ‘get it’ in the first few seconds.

Oh, and you normally print an A5 leaflet portrait not landscape because it’s much more convenient to pin it up to a notice board if it is portrait.

The golden rule is when you have designed your leaflet, show it to people who don’t know anything about the subject and ask them what they think. Would they come. Asking friends is a waste of time because they know you and they will say nice things. The public is a hard nut to crack especially with such controversial subjects. 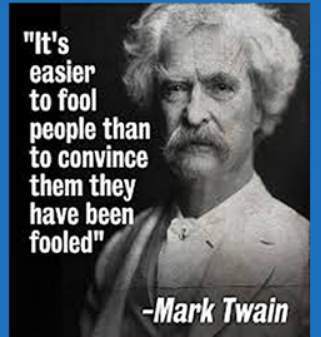 I don’t think I have seen a leaflet that has made so many fundamental errors which is such a shame since the evening could be good.

Do I make the journey down there? 200 mile return trip and an overnight? Mmmmm.

Also the publicity was started just a couple of weeks before the event so unless miracles occur this is going to suffer from too little attention.

comment – one of 612 comments – The California fires were started with directed energy weapons from the Military Industrial Complex. They even burn the homes of some of their own people to avoid becoming suspect. CA is in serious debt and lost priority aid from the FED gov due to sanctuary status (illegal)? They started the fires in order to Declare State of Emergency and requires billions from FED. There were black SUV’s all over California lighting flairs and throwing them at houses to start these fires in addition to the directed energy weapons used.