I get so frustrated sometimes looking at the clock, seeing that it is 5:30 in the evening and wondering whether time went so I’m going to use this bank holiday as a model for writing down exactly what I do. I’m basically a 24/7 person and do not like doing nothing. The closest I could doing nothing is when I have a bonfire or do gardening work where I can relax. Gardening is my great therapy.

So, this morning I answered routine correspondence, checked my page viewing statistics for my 5G / Corona site. I had 853 page reads and the time is 11:23 AM so as it speeds up as the day goes on it’s probably going to hit the 2000 mark. This is very low for a site that has been going on for so long but I trust that a higher proportion of people will stay with me and be meaningful viewers. For example, today, I’ve had 69 repeat visitors which is about 20% of the unique visitors so that’s not bad.

I’ve decided to spend some time learning how to use Zoom who have seen a tenfold increase since the lockdown. It seems to be the video communication mode of choice leaving Skype far behind. It seems that Skype don’t bother to develop themselves and have grown lazy and have been overaken. Serves them right.

I watched a couple of videos this morning, one was by Eckhart Tolle called “confidence and the source of true satisfaction” when he says you have to get away from the mind that works on an already existing habits where there is a limited permutation and combination as opposed to the preformatted mind, the universal mind, where the possibilities are unlimited.

I also watched a video of very expensive properties in Los Angeles. There was a 12 1/2 million dollar home that overlooked the entire downtown area of that city which had unrivaled views, six bedrooms, absolutely huge living rooms, kitchens that are as big as most people’s apartments, but I feel that this is designed for show rather than comfort. Even if you have a number of people living in a large family, you could easily get lost in the house and I think it would cause more problems than it creates except if you have that happy combination of an extrovert nature, and unlimited appetite for guests and unlimited resources.

I continue to search for someone to get me the assistance I need on Facebook. I use People Per Hour and in spite of saying that I want someone from the UK I keep on getting people from India or Pakistan. Frankly I think they reply to any advert, telling me how wonderful they are, but seldom read what is actually required so I almost have to have a standard format letter telling them to please read the brief.  I almost think it’s better to do the learning myself and look at the numerous videos that are available from the ever willing public who are happy to share what knowledge they have.

Today, the wind blows sharply from the east and the temperatures are at least 10° lower than yesterday. I have a particularly boring though well-paid weeding job that I’m going to do on Thursday and am developing a new method of dealing with it. The lady who wants the job requires the earth (or ‘dirt’ in USA speak) to be left as it is – in other words uncultivated.  I’m thinking of using a scarifier, normally used to remove moss from grass, and remove the small weeds make it look nice. I spent some time cleaning it up and making sure it worked plus putting out some tools to change the blade if I needed to.

I have finally managed to sign up for Bitchute which is a file storage service as an alternative to Youtube. As I have said before, Youtube think nothing of taking off videos with which they disagree and my subjects are let us face it controversial. By ‘controversial’ I mean it will stir people up to think. So I now have a lot of storage capacity to put the videos which I think will be deleted from Youtube. I had previously tried to sign up but no matter how hard I tried it ignored my clicking on the red box at the end of the process. I now discover that this was due to sloppy software behind-the-scenes. I was in fact already a member, I signed up a number of years ago, and they should have been a flag to say that they already had a record of my name so I have to go on and on until I got the answer myself. If anyone else finds this problem just click on the e-mail you think you used and then click “forgotten password”.

I’m writing to a few local doctors telling them what I think about the nonsense of the coronavirus now it’s being used to help Bill Gates vaccinate everybody on the planet. He seems to think that this is his divine mission, but I’ve got news for him, a lot of people disagree. The problem with writing to doctors is that they are so overwhelmed with paperwork that I got to spend as much energy trying to attract their attention and giving them a reason to read something that to the actual content itself.

I get the impression that the lockdown situation UK is being more and more ignored. I had an e-mail from someone in West London who said that people were walking around as normal and the police were trying to threaten people with £60 fines but no one was taking them seriously. She also sent me a link to a long film about how the CIA controls Hollywood, the extent of paedophilia in the USA, mental programming through Hollywood and films, quite heady stuff but I enjoyed it more than I should. It is called Out of Shadows. 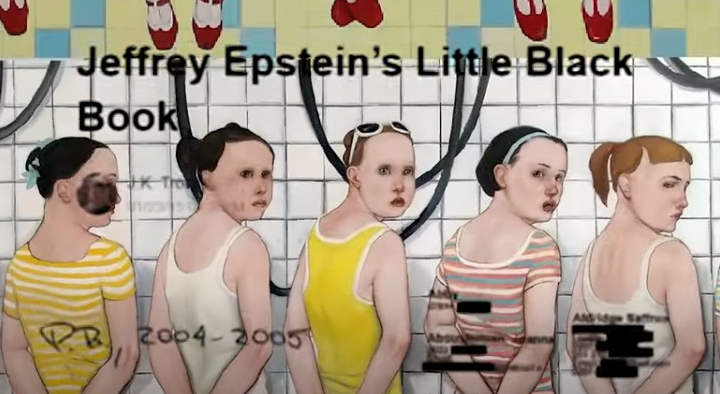 My goodness the temperature is going down to 1°C, at least it well at 5 AM tomorrow Tuesday so still a bit early to put out sensitive plants. Well, its 7:36 PM and I am going to switch off my computer temporarily now.  I will just have a little peek later on but that’s basically it for the day.