(Lord’s day). Lay long in bed. Went not to church, but staid at home to examine my last night’s accounts, which I find right, and that I am 908l. creditor in the world, the same I was last month.

Nice to know that these now famous people have a day off, relatively speaking. Interestingly, Pepys did not see himself as famous. He just liked keeping a diary and only stopped when he was fearful for his eyesight. The fame came because in retrospect people now see the keeping of the diary as a unique record of the time, most commonly associated with the record of the Fire of London.

Anyway about today’s entry,  Pepys took his wife on the Thames and met some friends at a Halfway House, 3 miles from London Bridge at which they dined and conversed. No telephones in those days. You had to sit down and actually talk to someone my goodness whatever next.

Today I feel a need to move forward in my dealings with the hospital. Last week I made a proposal to them about a certain matter which must be private for the moment. In any large organisation there is the immediate reaction of the people present at the meeting to be considered,and then as a totally different matter their obligation to fit in with the terms and conditions of the management of the institution concerned whatever it is.

Any new scheme needs to be scrutinised and although a pessimistic view should not be taken, investigations have to be made to ensure that the integrity of the scheme is whiter than white. It is a good idea never to have to rely on one person. No one is indispensable.

Any proposal for anything needs to have not only an idea, but relevant experience i.e. a track record and an understanding of the particular section of society to which they are addressing themselves. I have tried to put myself in the position of the receiver of the idea to see what problems they could spot down the line. This is partly because I tend to be a victim of my own enthusiasm, or fail to see, or want to see, the potential flaws and weaknesses (not quite the same meanings by the way).

I did a revised piece over the weekend, as a follow-up to the meeting I have put in a proposal as a consequence of
1.  what was said by the other parties at the meeting
2.  how it was said
3.  what was not said
4. No own thoughts since the meeting

That is why time should elapse, preferably overnight, before we decide how to respond to anything. The phrase “make haste slowly” comes to mind otherwise known as festina lente or “more haste less speed’. The Emperor Augustus used this as his motto. 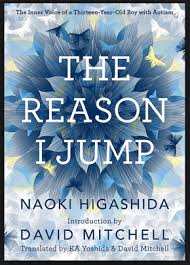 I’m enjoying reading the book that I mentioned previously “The Reason I Jump” dictated by an autistic young man. It should be compulsory reading for everybody with a child with such a condition. It is very easy read with each chapter consisting of about two pages if that. One of these chapters I like very much so here is a quote therefrom.

Q – Why do you enjoy going out for walks so much?
A – “…The reason is that when we look at nature, we receive a sort of permission to be alive in the world, and our entire bodies get recharged. However often were ignored and pushed away by other people, nature will always give us a good big hug, here inside our hearts…. Green is life, and that’s the reason we love to go out for walks.”

So, the image of these people being stupid is completely erroneous. They just can’t get the thoughts out into the outside world like the rest of us do.

So, I have sent my magic letter off to the NHS and compressed the points down to one side of A4 and now all I can do is sit and wait. 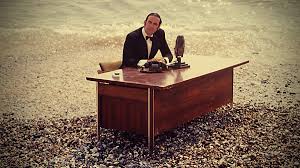 “and now for something completely different”

I have a friend who shall be nameless who is in a lot of financial and job difficulty. She knows all this but her pride prevents her from accepting help never mind sympathy. it’s difficult to ring up and say brightly, “well how are you then” when I will probably be snapped at  for my troubles. I think sometimes people have to be left to sort themselves out on their own.

They know what they have done and they know the consequences of it and it is very corny to say “well, I’m here if you need me” but that’s what I want to say. Maybe I send a card or an e-mail or even a text. I’m reluctant to do any of those and I think all I can do is to just bear them in mind and hope that I have the sort of vibe that will encourage them to call if they have such a need.  A helpful thing that I have just thought of is that I’m not the only friend or contact of the person and if they don’t feel comfortable talking to me then maybe there is someone else who has far more experience and rapport than I do who can help them just fine.

To lunch at the Old Down Inn. As ever, the one and only Maxine, the owner, looks after us all in her own way. I recall a Pub in Cape Town, South Africa, which was run by a person of great character who looked after individuals like he’s known them for ages. The time came to sell and he sold to someone who looked at the figures and found them good but what were not contained in the figures was the fact that the original owners’ popularity was what kept the place going. Without him, trade eventually disappeared and the new buyer sold at a loss. People do not come to pubs just to drink but for the atmosphere and the friendly nature of the landlord. I think someone with the right personality could resurrect a pub from the dead but it’s not something you learn, it’s either something you have got or you haven’t. You either like people or you don’t.

Maxine has it, by the spade full.