Up by 4 o’clock and by water to Woolwich, where did some business and walked to Greenwich, good discourse with Mr. Deane best part of the way; there met by appointment Commissioner Pett, and with him to Deptford, where did also some business, and so home to my office, and at noon Mrs. Hunt and her cozens child and mayd came and dined with me. My wife sick … in bed. I was troubled with it, but, however, could not help it, but attended them till after dinner, and then to the office and there sat all the afternoon, and by a letter to me this afternoon from Mr. Coventry I saw the first appearance of a warr with Holland. So home; and betimes to bed because of rising to-morrow.

I can understand the desire to get up early. If you are awake and your mind is buzzing, why bother to stay in bed? All these blogs are written first thing in the morning typically starting at 6 AM. I find that come 9 AM I’ve pretty much done half a day’s work, I’ve done my daily financial ‘due diligence’, answered e-mails, and written about 1000 words which comprise these blogs. Meanwhile my wife is sleeping peacefully. She does not sleep very well at night and her best sleep seems to be in the early morning. She however is lively as a cricket at night while I want to go to bed.

Last evening we went to Burdall’s yard in Bath to hear the last of the music department of the University’s jazz events for the spring. The next one is on October 6 to which I shall go. Ollie Howell may not be known to those of you outside the jazz field but he has a fascinating history which I shall write about on another blog. If anything his drum sounds were to big  for a small hall in but would have been perfect for a concert Hall. He told us how he met Quincy Jones and how they hit it off straight away so much so that Quincy has been mentoring him for a couple of years now. He was in a residency in Dubai for three months as they were opening a new jazz club.

I spoke to him afterwards and told him that I wanted to write a blog. It was clear that he was the complete opposite of an exhibitionist almost shy in fact expressing himself through his drums. When I got back I had a look at the hundreds of pictures of him in Google images and it is quite clear that this chap hates being photographed. This is one such example.  I have made arrangements to talk to him the week after next and do a little interview. 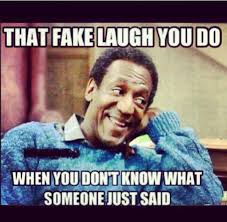 This morning I went off to join my men’s group which was addressed by an ex-Methodist minister. We discussed listening. Although it is possible to hold a perfectly good conversation with people, do we give people time and space to just be themselves and say what they are thinking or do we panic and try and fill in the seconds of silence with verbiage. I believe that if I were to lose all my talents except one, I would choose the ability to listen. Our presence, which is the sum total of our past present and probably future is what communicates. The speaker said that Jesus spent some time with the ladies of the night and other people regarded as unworthy but did not preach to them but just joined in with them in their everyday conversation. That is one cool character. 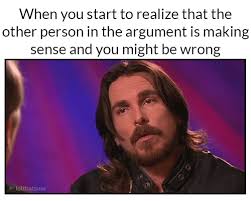 We agreed that there is nothing worse than faking interest in someone by doing what I call a ‘nodding donkey’ when your mind is miles away. To be a natural listener, you not only have to shut up but more importantly be genuinely interested in what other people have to say plus a certain security in yourself which means that you don’t have to jump in to make your point every five seconds or indeed to compete. Very few people have enough peace of mind in themselves to actually listen – and society is the poorer for it.