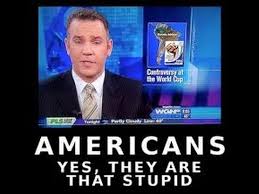 We took the 2 PM coach from Victoria to Bath. There were 22 passengers so everyone had plenty of room next to them. We had a very pleasant driver. Most of the National Express drivers are very pleasant and accommodating. I always make a point of greeting them and appreciating the work that they do. Driving up and down motorways every day for a living doesn’t strike me as an easy thing to do. However, on with the story

Two Americans had joined the coach and were sitting in the row behind me. They were in their 60s. I’m going to describe them in some detail because it sums up all that I find profoundly irritating about the American mindset.  The man had a cane and dark glasses. He was led by the woman as if he were blind. After a time I saw him looking around like everybody else.  I was using my Galaxy to track the route and I decided to keep them in touch with progress since they wanted to get off at Chippenham. Without thinking, I showed the tablet to them and I noticed that he could quite easily read the small print. Why the show of the cane and the dark glasses? OK I do know the difference between peripheral vision and the ability to read print but he seemed to be aware of everything around him. I have macular degeneration in my left eye and it is not possible to read if you have this condition.

The woman announced loudly enough for everyone to hear that she enjoyed reading Vanity fair magazine and read everything about Donald Trump. There was no feeling of talking to someone but at somebody.

Three times they explained to me they had to get off at Chippenham and there were a choice of two places. Three times I told them to look out for the people that were picking them up and then get off. The man asked me when we were going to pass Swindon and I said that was not even on the route. The woman had the phone number of their contacts but did not want to call if it included the prefix 0044 as she thought she would have to pay more. I said this was part of the protocol and would not affect the price of the call.

The woman acted as if I had not spoken. The reason she did not act was that the information did not figure with what she had previously understood and there was no way she was going to trust a stranger. In general I find that although Americans will ask advice, they will do exactly what they planned to do in the first place and that an attempt at any form of advice giving is simply a waste of time. Anyone with a contrary view about what I have just said I would love to hear from you.

The man asked me where I was from and I said I was from Midsomer Norton, South of Bath. He said he had been living in Cologne and said, “I bet you have never heard of that place”. I was able to respond rather sarcastically, well actually I lived there for six months. Americans are famous for not knowing where other countries were. I saw a college student, and I use that word in its broadest sense, mark France as Australia on a blank world map. I have noticed that the focus points of the average American are very narrow indeed and consist entirely of features that are of benefit to their own comfort zone and to which they can relate.

The ability to think out of their box is – putting it mildly – impaired. In a way I do not blame them. The sheer battering from hours and hours of TV, Main Stream Media controlled by corporations, the enormous amount of advertising for drugs, chemicals in junk food, the dependency on pills and pharmaceutical products, political correctness would dumb down anyone but the most determined. If you think it’s bad in the UK try the USA. It’s amazing anyone can still think. Most of them have given up. So if you believe that the average American can put themselves in your shoes and empathise without reference to their own world view you are going to wait a long time. It is the ultimate self-centred society and alas shows no signs of changing.

You may say that you know some wonderful American people and I have to agree. I could give you a list of philosophers, social change agents, courageous people who stand up for the truth, people imprisoned and beaten up for their beliefs, people with a sparkling fast mind, but these are the exceptions not the rule. South Africa is described as the rainbow nation except that with President Zuma around there isn’t much rainbow left. We can describe America, politely, as a country of contrasts. I wish the best of good fortune to anyone who can still think particularly in America but also in this country where thinking is going out of fashion.

Anyway back to the couple. They got off at the first stop in Chippenham without any sight of the people who were supposed to be greeting them. Someone came forward and took their baggage. It appears that they knew all the time that the person was going to be there and were just getting hysterical and panicky. These people are so easy to manipulate it’s embarrassing to see but then with the talk of fear and terror in the media every day I suppose this degeneration of their psychologies is inevitable.