Continued from Bath Film Festival 2 – We had some time to kill between the end of the first showing 19.30 and the start of the next film 21.00 so we went for  wander, camera in hand. We walked across town (10 minutes is all it takes) and photographed along the way. It was full moon and a clear sky. It was Sunday night so very few people were out in contrast to the crowds on the balmy night before. We may not get the perfect photograph with a common or garden mobile phone but the atmosphere is definitely caught.

…Waked very betimes and lay long awake, my mind being so full of business.… 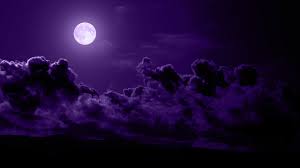 How to stop worrying about things at night? The injunction ‘put it out of your mind’ is easier said than done. Maybe to read a good book or listen to some soothing music will divert the time. I reckon that trying not to think of something is doomed to failure. Eating or drinking before going to bed does not help the system to close down.  I cheat by listening to Radio5Live until I fall asleep.

Inspection of allotments today. We have five people who although they have paid their rental have not maintained their plots with the result that seeds get blown over everyone and germinate, as seeds do. We will have to read the riot act in a nice way, probably by giving a months notice unless something is done. However we phrase it, we will annoy them. If we do nothing, we will annoy the other tenants who maintain their plots to good standard. You cannot win but rules is rules. If I worried about making people feel uncomfortable I would never do anything with anyone. 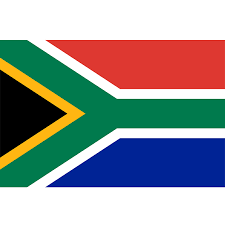 This morning we prepared for a visit of a good friend from South Africa who was transferring her sales base from a high street art gallery in Bath to a virtual art gallery. We provided fresh pea soup with freshly baked bread, organic sausages and mash with home grown red cabbage, and a scrumptious orange pudding with double cream followed by buffalo cheese. She contributed a couple of fine bottles of rose wine and being South African I would have expected nothing less from her.

She talked about her new web site. I being me wanted to assist and see if I could spot any factor that would be inhibiting sales. I spotted a few points straight away to do with basic architecture and functionality or lack of it of links. As a web builder your job is to make it as easy as possible to go from casual glancing to purchase. Even one missing link means abandonment, a very expensive mistake for those hoping for sales.  I went through each page and made some ‘end user’ comments i.e. imagining if I was using the site how would I find it.  There was no stat counter so how could she know how many hits she was getting. I use statcounter.com which tells you pretty much everything you need to know about the origin and habits of your visitors. Google Analytics does the job but I don’t find it so friendly.

If you want to comment one someone else’s work only do so if your offer is accepted. Give your qualifications for doing so and don’t over claim. Say it is just your impression but had they thought of ……. Alas many professional web builders function in a semi-robotic manner and do not enter in the the spirit of the site. As a result it does not ‘buzz’.  Image quality is very important especially if selling fine art or promoting design. This bad habit is particularly common when the client knows little or nothing about web sites. The site needs to walk your talk and reflect the skill and understanding of the designer.

Off to Bath with no need to use park and ride as the parking is easier Sundays. Two films that I am looking forward to in particular.

Mountain is ‘one of the most visceral essay films ever made’ – The Hollywood Reporter. After the BAFTA-nominated film Sherpa, director Jennifer Peedom and specialist high-altitude cinematographer Renan Ozturk collaborate again. It takes a certain type to climb mountains – as the film observes – ‘half in love with themselves, half in love with oblivion.’ For the rest of us, Peedom’s documentary presents a unique chance to experience these majestic places. Composer Richard Tognetti (Master and Commander) conducts music written specially for the film, alongside works by Beethoven, Grieg and others. A granite-voiced and poetic Willem Dafoe narrates. 76 mins.

My review: seldom have I seen so many awesome images of mountain ranges, spectacular sun sets, individuals clinging to sheer rock faces with no support, lines of people being marshaled in order to ascend Everest. Extreme bike riders plunging off mountain tops only to be slowed by their parachutes.  There was a particularly stunning piece – a speeded up film of lava spewing out of a volcano and solidifying in a rolling tide-like formation.  Everyone was silent the whole way through.  The string quartet music was a trifle loud so I had to block my ears at one point.

This ‘is a movie about itself: the subjects are so warm and wonderful it’s a wise move’ – The Guardian. The amazing (almost 90-year-old) Agnès Varda has been an icon of French cinema for over 60 years. For this enchanting documentary she has teamed up with 34-year-old artist JR. This odd couple traverse rural France in a van resembling a giant camera, taking pictures of people and pasting giant prints onto local buildings. ‘A lovely addition to the long line of personal documentaries about French life at ground level that Agnès Varda has been making throughout her entire career’ – The Hollywood Reporter.  89 mins.

We saw this in Cinema 2, an intimate venue with about 8 rows of seats and a large screen.  I love being with arty people. It makes an atmosphere were everyone can talk to each other. There is an appreciation of the abstract and the existential which is like a breath of fresh air. 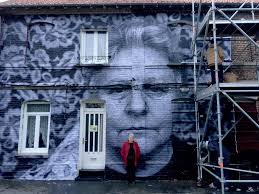 My review: a delightful and vivacious 84 year old puts us all to shame who complain about ‘getting older’ I don’t know how to do justice to this film. Imagine you are living in a nondescript part of France and your block of houses is condemned. You refuse to move out. Among comes a stranger and offers to make a photo of

you. Then they make an enormous images of is and plaster it to the wall of your house. All the neighbours come round and admire it. The photograph has a huge power over the psychology. The woman is moved to tears (see image below). 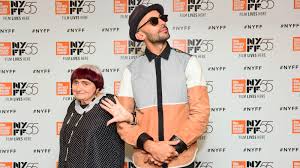 They crisscross the French countryside, finding unlikely subjects and places. They are a most unusual working partnership couple  but seem to get on very well and be united in creativity. The only tiff they had was when JP (Jean-Paul Beaujon) refused to take off his dark glasses when she wanted to see his eyes.

On the way out I talked to the executive director of the Festival. She said that each seat cost £25 with an average seat price to the public of £8. That is why sponsorship was required.  They give half the receipts to the Odeon plus and office plus staff of one but still staff plus publicity (the brochure cost £3,500) plus getting the films. I was glad to have spent £140 for the two of us and was thinking of offering my services in some way. I am quite good at being a sounding board and asking the right questions.  To end here is a picture of a farmer on the wall of his building taken bootleg fashion whilst watching the film. 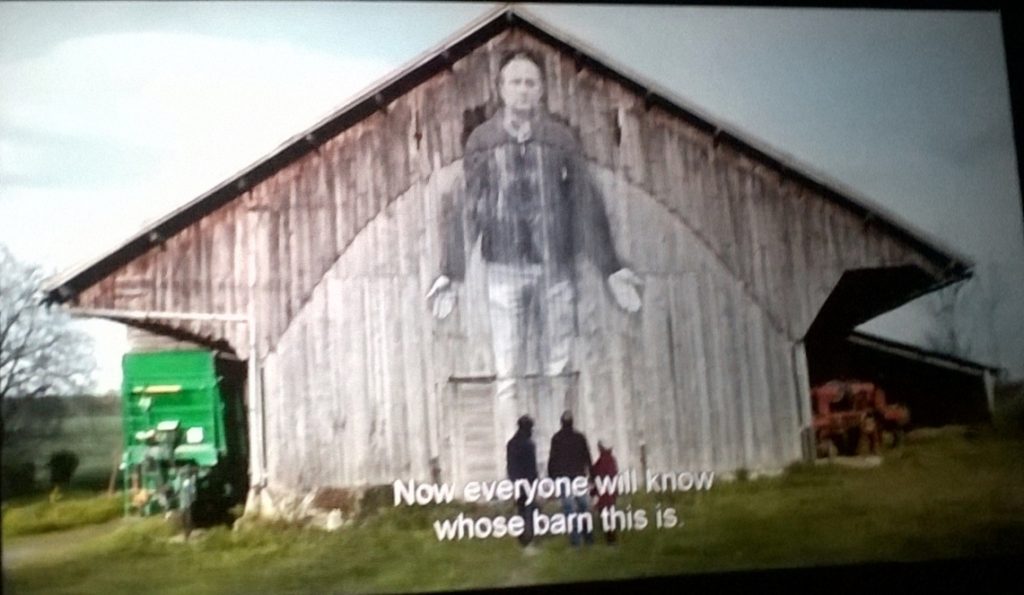