In the normal course of my day, I hear something on the radio or read something which seems to state the truth definitively and it jumps out of the page at me. I always have an urge to write such things down – as I have done here.

Generally, I admit a FAULT.  I spend time thinking what could go wrong based on my previous experiences. This is particularly true in the case of new situations where I have not met the individuals concerned. When you think about it, such visualisations are a complete waste of effort and needlessly program the mind with ifs and buts. I will now (late New Year’s resolution) envisage that my meeting with strangers will be a blessing to all as we add to each other’s experience and knowledge.

Today we were planning to go after Swindon to see a colleague about a new piece of electronic apparatus I was thinking of buying. However, one mile down the road, the car started spluttering and jumping so we turned round came home again. Fortunately, the RAC man who came previously worked for Volvo and was able to get quite easily into the problem which turned out to be a conflict between one of the five computers in the car. It still does not quite compute, if you will excuse the pun, that there are actual computers in my car like in my PC that control what everything does.

My original plans having been blown we decided to commiserate by going to one of the up-and-coming cafe restaurants in the area, Hartley’s Kitchen in Binegar. We were greeted by the host who recognised us even though the last time we had been there was about a year ago. We ordered a meal and I was reminded how important it is to play the food in an attractive manner. I decided that I would do better at home even though we don’t do fancy food. 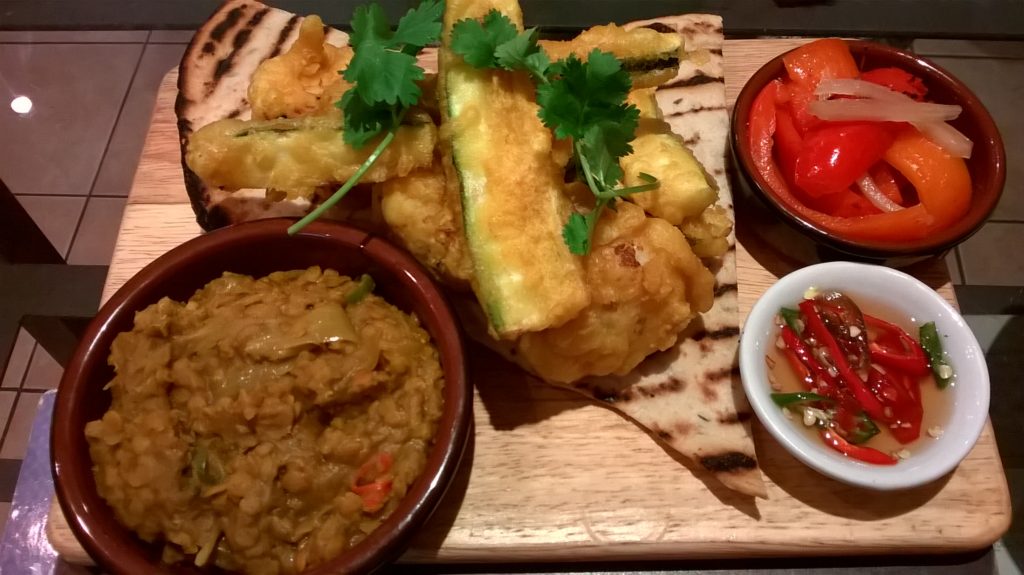 The restaurant was almost full including a group using the front-room for a business presentation. We were told by the staff that yesterday the place was nearly empty but today the sun is out so everyone apparently feels in a lunch mood. How difficult it must be to plan food cooking so you don’t waste too much. I suppose you can put everything in the freezer, but then freezing and unfreezing doesn’t do a lot for the taste. We finished our meal with an amazing treacle tart with ice cream and custard. 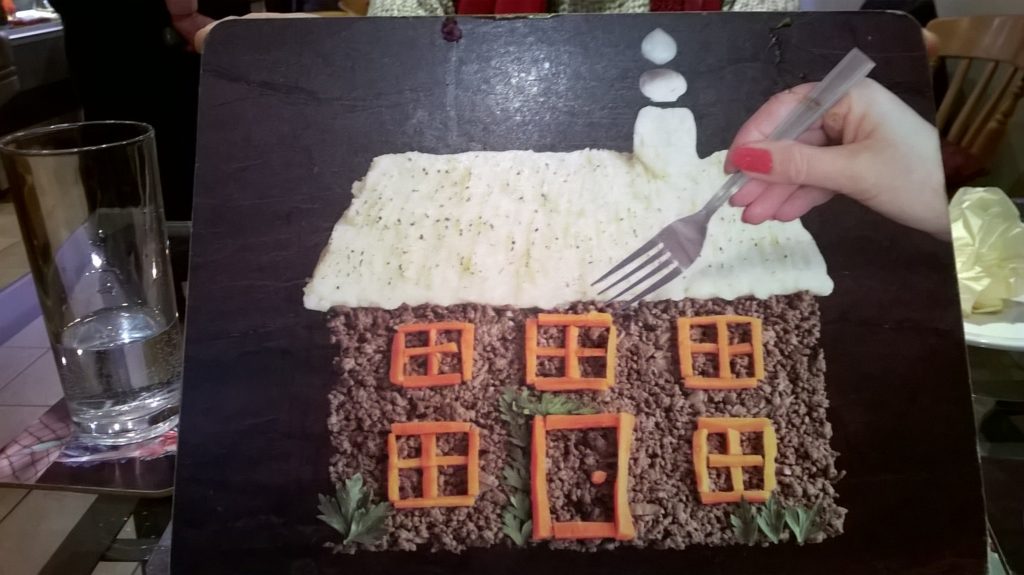 This, believe it or not, is a placemat. It looks like a nut roast with carrot windows and a potato roof. Why not say I?

We moved on to Rocky Mountain garden centre, our regular refuge when we are even thinking of buying plants. I came across the best poster I’ve ever seen for various types of potatoes. One of the things I do expect is that people on the staff really know their stuff and I can trust their recommendations. Normally, I am not disappointed. 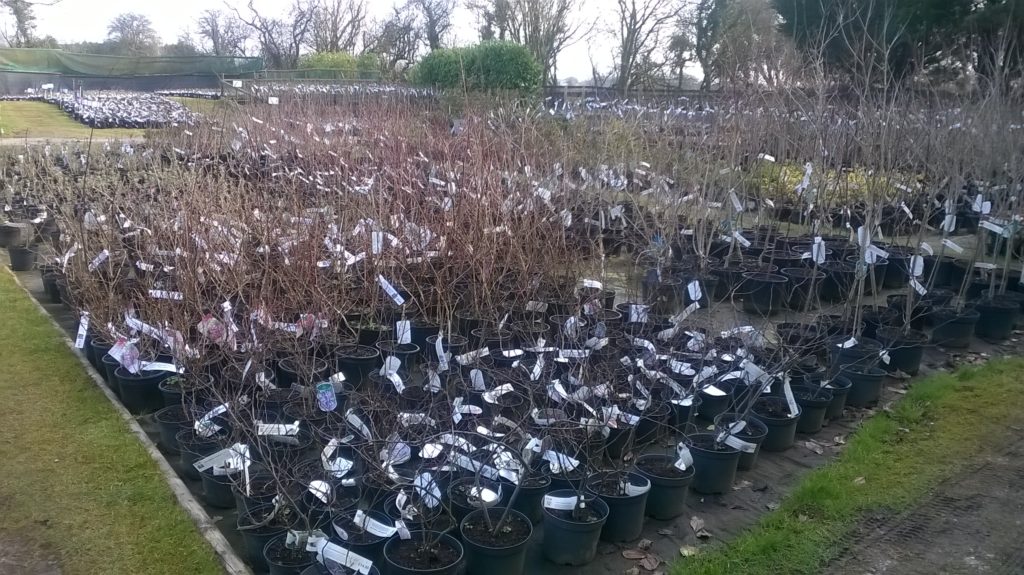 Young trees and shrubs all neatly labelled and waiting for customers. 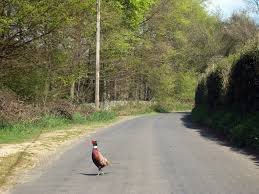 On the way home we drove along a road and we saw a pheasant standing stock still on the road facing away from us. My wife hates killing anything of any sort whereas I’m more philosophical and assume that as we approach, the pheasant would  move out of the way. My wife tooted the horn just to be on the safe side but that had no effect. Us and our mighty car had to drive round it. So sorry to inconvenience you Mr. Pheasant but we did actually want to drive along the road. When we passed, the pheasant was still standing in the same position right in the middle of the road. I hope it has a long and happy life.

Who knows why our car stuttered at that particular time because since that event the car has performed flawlessly. Perhaps the powers that be saw that we were going to get involved in an accident, that we were going to be in the wrong place at the wrong time. I always believe that there is a reason for ‘things going wrong’ even if there is inconvenience attached.

The sun sets on another perfect day.