The word idiot implies ‘stupid’ to most of us but we might benefit from thinking more deeply. The definition of the word idiot goes all the way back to its ancient Greek roots. It means “one who is under the illusion of being separate from the Whole, from the Universe”. The consciousness of Zen Buddhism and that of people such as Jesus Christ who had an ability to have an overview of the human condition, I would not call idiotic.

Most of Western society is idiotic. We live as separate and divided individuals, nurturing our intellects which we somehow optimistically equate to wisdom. I would have thought that an essential constituent of wisdom is impartiality, neutrality, and an overview both with ourselves and the environment in which we interact of necessity .

Neutrality is an important element of wisdom.  Excessive campaigning and obsession with certain issues such as 9/11, or Syria or chemtrails, or some domestic or relationship matter means that it absorb us in its own energies and we become more like them or tuned in to them. It is said that individuals become like those they hate. I very much like the colourful analogy of St Matthew in the 10th chapter of his Gospel where Jesus is giving advice to his followers on what must have been one of the most dangerous Public Relations efforts on record.

Behold, I am sending you out as sheep in the midst of wolves, so be wise as serpents and innocent as doves. Beware of men, for they will deliver you over to courts and flog you in their synagogues, and you will be dragged before governors and kings for my sake, to bear witness before them and the Gentiles.
This is certainly spelling it out in no uncertain terms. The use of the word ‘behold’ is notable. In modern parlance this would be ‘listen up’ or ‘look at the situation as it is’.

In connection with neutrality and overview,  I like the quote by Martin Luther King Jr. “Darkness cannot drive out darkness: only light can do that. Hate cannot drive out hate: only love can do that“.
I’m reminded of the quote in St. Paul’s letter to the Romans chapter 12 verse 5 and repeated elsewhere. “Just as each of us has one body with many members, and not all members have the same function, so in Christ we are one body and each member belongs to one another. We have different gifts according to the grace given us. If someone is gifted in prophecy, let him use it in proportion to his faith“. These were the days before the Internet and since St Paul could not be everywhere all the time he had to write letters. The book ‘Romans’  was a communication with Christians in Rome who were as a young and alternative community living dangerously. If they were found out they would surely be executed by the charming Emperors who ran Rome at the time.

You can understand the above text by seeing that we are all in the same boat. St Paul found the best way of explaining how people should work together is the analogy of the human body. The brilliant psychology behind this is that each person is a valued part of the community which is all the richer for the participation of the individual. The importance of community is gas in balance with the importance of the individual. How inspired is that?

There is an important implication here. We’re not supposed to be good at everything. It’s quite all right to say that you don’t have a natural aptitude for something because someone else will come along who has that very skill that you need and can from. 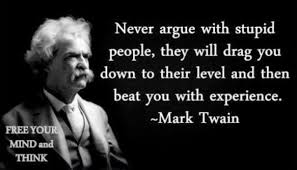 I hope the above give some indication of why idiots are idiots. If we try and conflate ourselves compared with other people we are going to become distorted in our view of ourselves and indeed the way the whole universe of people is constructed. We are nothing without others and they are nothing without us. A person who is an idiot will not seriously counter outside input. A person who does not wish to be an idiot needs to recognise that other people are capable of making a contribution to his or her learning. It’s little to do with being humble, more about being realistic.

During the times I cannot sleep, I often listen to the World Service of the BBC. There is going to be a mass protest on 24 March from schoolchildren about gun control arising from the Florida school shooting. This protest is a left wing inspired attempt to get rid of the Second Amendment namely the right to bear arms. I really cannot believe what passes for fact these days. We heard a father of one of the supposed victims saying that his son had been shot nine times. This is quite a feat of marksmanship for a supposedly deranged 19-year-old to perform. In such unstable and violent circumstances, knowing the police are coming, keeping your gun steadily on the same person is almost impossible. A police marksman would have difficulty in doing this.

This is all about getting at Donald Trump who if you look beyond the insults doled out by the mainstream media is doing a lot of things right. He disputes global warming as a concept. In actual fact, the main source of warming remains as it has been throughout the millennia. Wait for it, it’s THE SUN. check out David Icke’s full documentary.  I’m a fan of Lord Monckton who although sometimes irritating in his delivery steadfastly disputes the filtered mainstream media nonsense that hides a huge money making project for selling carbon credits. 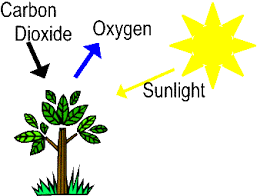 If I ruled the world, I would have a ‘carbon dioxide appreciation day’ because this vital gas, nature’s fertiliser, makes the difference between life and death. Trees, the lungs of the planet, need it. No carbon dioxide, no trees. In case you were wondering, trees like other green plants use photosynthesis to convert carbon dioxide into sugar, cellulose and other carbon containing carbohydrates that they use for food and growth. You could say that trees breathe in and out.