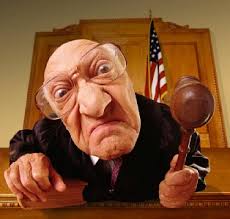 98% of lawyers give the other 2% a bad reputation.
Q – what is the difference between an accountant and a lawyer?
A – Accountants know they are boring
Q – How many lawyers does it take to screw in a lightbulb?
A – Three, one to climb the ladder, one to shake it, and one to sue the ladder company

These rather bad jokes were inspired by a visit by a legal executive from a county council who came to talk to our monthly Men’s Group which met this morning. We start off with a good cooked breakfast which no one seems to object to and then the speaker speaks for about 40 minutes and there may or may not be time for questions. I’m always the first one to jump up because I like the English language and I like being stimulated. I reminded the gathering of the apparent contradiction between the words priceless, and worthless which mean exactly the opposite.

He was discussing his need to get guidance from God from who he seeks wisdom especially in view of the number of difficult meetings he has to endure, sometimes he asks God and silence is the response. I gave to the group the analogy of a GPS. It is silent when you’re driving along a straight road because you’re going in the right direction so there is no point in saying anything. It’s only at junctions or where you take a wrong turning that it springs into action. I don’t see why God should give us a continual running commentary on everything we do. We are supposed to be grown-ups after all. We established, humorously,  that his real source of his inspiration was his rescue dog whom he frequently took for walks. He became inspired during these walks so I suggested he should have bought the dog along to the meeting.

Anyway, to the topic of wisdom. Let’s have fun dissecting this one. We need to look at the opposite of wisdom which is normally considered the foolishness. What is a fool? Feste the clown was a fool in Shakespeare’s Twelfth Night but he was a good fool.  A fool it is a person who lacks good sense or judgement. They can function with varying degrees of silliness, stubbornness or stupidity. The most absent feature is wisdom. In this case, the speaker was alluding to the Wisdom from God that is beyond all understanding” but lets look at the conventional interpretation.

A large part of wisdom is flexibility, attention, and relational thinking. The lessons on one topic can be applied to another. Example, I have an accident involving a ladder. On the next occasion I make sure that the ladder is anchored but I also make sure that when I’m around, the ladders of my friends are anchored. You then extend this to think about anchoring in general and help before we move on a new path we make sure our foundations are stable. Wisdom makes sure that no experience is wasted even though it is a so-called bad experience. Anything is grist to the mill.

Any event, even no event, can be used as a lesson. Is wisdom inherited. I can only think that it is but in the most general way. If our parents are wise and show you how to use your brain, then that will rub off on the children. I learnt a lesson from my father. When asked a question he would not answer immediately but told me that he would ‘think about it and talk to me tomorrow’.  This gave me time to clear my head as well from various emotions that young boys have. Socrates in his usual manner has a great point here. We jump into a conversation without setting the basis for it.

What is the purpose of the conversation? Should we not have an introductory sentence to say why we are gathered together ? If we don’t do that, we stand a very good chance that what we are earnestly discussing is simply not understood by the listeners because they are not on the same page. “we are here because I’m not happy about the way you absent your self from work without explanation”. ” I would like to discuss my fear of being haunted by the past”.  It will save an awful lot of time if you come to the point without too much pussyfooting around. 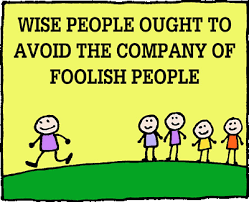 I think we should all spend maximum possible time with people who are wise and bright. There is a tendency for the Lower Common Denominator to prevail and this doesn’t get anyone anywhere. I know memories are a part of life but why focus on the past because the past is past and the future is the future.

Back to our speaker this morning for a moment. He told me that he did not often do this sort of talk and let’s face it we are a niche market, Christian men. He prepared a 40 min talk, one might say over prepared. I detected that there was enough material for at least half a day workshop. I tried to get the message across as I do to so many people that you don’t have to fill every single second with verbal wisdom and profundity. Most of us under estimate the catalytic effect of our words on the listener.

Sometimes it’s a good thing to say something, pause a moment – the sky will not fall in if you remain silent for five seconds – and see if any reaction comes from the floor. Speakers should realise that an uttered word from the audience could be the most valuable thing that has happened to them. For the first time in their life, they had articulated  something which they did not realise the enormous importance of until they open their mouth. It could be that as a result of what they said, they finally might have given themselves the confidence to take an action that they’d been putting off for some time.

That is why coaching is such an important skill. Life Coaches are exposed to keep quiet and let their patients figure out what to do. I’m not very good at this I must admit because ideas come into my mind so fast that I want to share them on the spot otherwise I will forget them. Meanwhile, the client waits to speak. On some occasions I can control myself and the results are there to see.