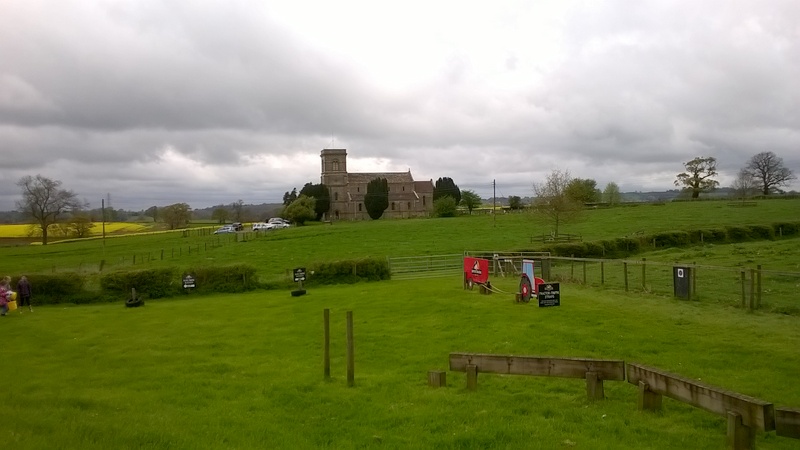 This morning at 10 o’clock there was a combined service with Farringdon which is an adjacent village to Paulton. I would like to tell you that it was necessary to walk across the field to the church and that would have been so romantic. The fact is that there is a single track path that leads to an extremely small car park where we fitted in only with the greatest amount of goodwill.

There were about 30 of us and on this occasion we were treated to the sounds from a makeshift band including guitar, harmonium and I think an electric piano.

The sermon was a trifle long, but Guy was particularly inspired on this occasion and discussed how Jesus used symbols and pictures to get the truth across. Jesus was stating his place in the universe which was the “true vine”, God being the husbandmen or the vinedresser. If you  listen to the words in John chapter 15 which are quite strong.

We could say that Jesus is really labouring the point without actually repeating himself mechanically. It is clearly very important. Perhaps it was a hot day when he said these words and his disciples were losing concentration, who knows. Without me you can do nothing? That is strong language indeed. I will have to think about that one.

The word ‘abide’, an old-fashioned word, means to dwell in me in other words in Jesus or to be joined with me. What I drew from the sermon was Guy’s comment that we don’t have to have goals in the way that normal people think because if we are joined to the vine growth will happen automatically and our lives will be fruitful. People in those times had no Internet, and no technical communications so the choice of an image of the vine must have struck very deep. It certainly did with me, particularly the idea about not having goals- in other words something ‘out there’, when we’ve got it all in ourselves. Heaven is not somewhere out there beyond our reach; we can create the circumstances of heaven while we are still in the body though that suit of ‘clothes of light’ may not fit very well. We can but aspire.

It’s funny that Jesus mentioned pruning and it may be that the so-called crises in our lives are where extraneous material is removed so we can see things much clearer. I know this happens during funerals where people’s own fear of death is revealed and they often go through a crises. In a way, this is given in order that someone may grow.

Full steam ahead to prepare for the AV9 conference starting on Friday. I have to prepare a leaflet to reasonable professional standard. I use People per hour.com where you can find people willing to work straight away. I found a person who I will give a try to from India no less and will see what he comes up with. The problem is that although people can speak English they cannot think English so you don’t get the nuances that are really required. I have a great benefit that the web host that I rely on I have known for 20 years.  I can ring him up at any reasonable time for some small thing where I’m stuck and he is glad to oblige. Try that with a large company let alone a company in America. There’s a lot to be said for the phrase “it’s not who you know it’s what you know”.