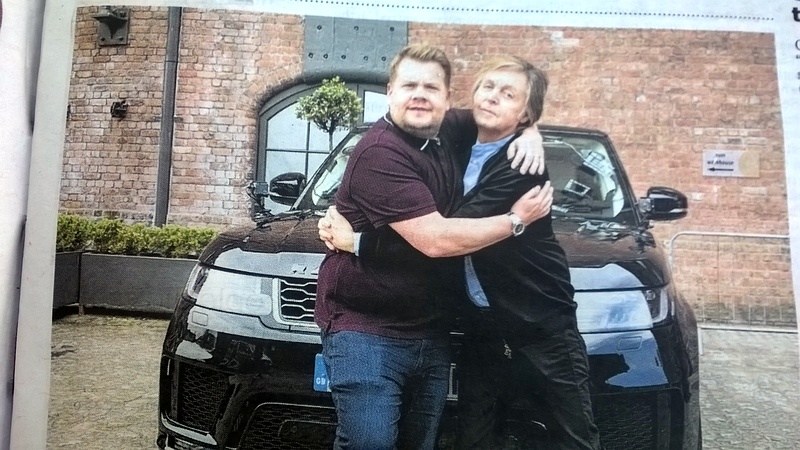 Gosh this is such an awkward picture. Anyone can read the body language here. Poor old Paul. I think women can have a good embrace and cuddle easier than men.When I see men trying to embrace, it reminds me of two robots crashing into each other. I wonder why. I think it is because in our youth we had little or no example of men expressing affection for each other so perhaps it is a skill that has to be learned. Sometimes, people go too far the other way and crush the life of the hand that shakes them. I remember at a funeral in France I was embraced by – it must have been 20 men – but they all did it naturally and without a shade of embarrassment. I guess us Brits have a thing or two to learn.

Its a big question whether we shake hands or not. I prefer not to, giving a nod instead.  Shaking hands goes back to the time when you needed to show that you did not have a hidden sword. I find that outside a formal business situation and especially with women, hand shaking is regarded as redundant. Sometimes, to avoid any confusion, I stand with hands behind my back and ‘the moment ‘ of introduction seems to pass without any embarrassment.