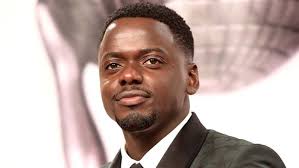 I have just been listening to the profile of Black Panther star Daniel Kaluuya (pictured) on Radio Four. At the age of 16 he took a job as runner for a film company. One of his tasks was to bring everybody tea and coffee. In spite of this lowly position, he always wore a suit. In other words, he made the best of his position. I admire that enormously but I don’t think I have emulated that in my life. Anyway, one of the film directors who worked with him said that when Daniel comes in to read a script he first of all intuitively grasps the rhythm and then the words follow.  This is one of the statements is so obvious when you hear it but when I heard it it knocked me for six. We could translate it slightly differently, to ‘grasp the spirit’. It may be the spirit of an idea, or of another person, or another group or another audience but until you can pick up the spirit within a group and fully tune into it and interact with it, you are not going to achieve the desired effect either in the private or the public realm. We call it “natural chemistry”.

I watched a biography of Judi Dench last night which talked about her ability to completely identify with the part and thus draw the audience into her as a thoroughly believable character. Mother Theresa was a very ‘bad’ public speaker but the spirit worked through her words and she convinced people with the power of them. Alas, after her death, a different story arose about a rather fundamentalist attitudes.

I remember Billy Graham speaking in the mid-1950s in a big tent on Streatham Common London and although I cannot recall anything he said I do remember the complete silence among the audience captivated by his words. I think the meeting was about two hours in length but it seemed like 15 minutes. You could almost say that time disappeared.

Referring to our themes of the last couple of days about integrating someone, there is no point just mouthing the words. You have to walk the talk and be the part. That is why when I am awake, which is most of the time due to my rather minimal sleep requirements, I’m always at attention or on the ball. You never know when a challenge may come and your full attentiveness will be required.  Today, I tried to speak to someone who was doing a good job of digging on my allotment. I greeted him but realised that he was plugged-in to music via his headphones and was completely unaware of what was going on round and about him. I needed to speak to him so it took two goes of shouting and a vigourous wave of the hand before I got his attention. That may be the style of some people but it is certainly not be my style.

Church this morning was a delightfully informal and spontaneous affair. First of all the person who was running the service damaged the microphone by pulling a wire out so he had to raise his voice. Since we could hear him anyway it didn’t matter. Secondly a lot of the hymns and songs that we sang were unfamiliar so we were struggling both with the words and with the music but the choir valiantly led us through. Thirdly, the sermon, not given by the vicar, was given at stentorian volume and style with perfect articulation without any feeling of the subject matter. It is possible to over rehearse and over practice an address or sermon and this was the case this morning. Because the rhythm was not present it was very difficult to make out what his points were.

It is crucial to pause and not run at 60 miles an hour. Pausing allows time for reflection especially if you are speaking about the words of Jesus which require time for them to sinking and a respectful interval before and afterwards. I should add that there is not a word of criticism for the giver of the sermon who is second to none for his enthusiasm and loyalty to the church.

Finally, the officiant forgot to mention that the collection was retiring which means that there is a receptacle placed at the back of the church for people to put their offering in.   In spite of all this it was a cheery occasion. I tried to get to know one or two new people but there really wasn’t much synergy. I must remember that although I do things instantly and thrive on meeting strangers, I have only been going to that particular church for a month or so plus the effect of my London accent (slightly different from Somerset) which stamped me as a foreigner. However, I am being accepted and known by name by about half a dozen people which is not bad. I shall continue to attend.

The vicar has made a mistake which I must make a note to correct him on. There is a new website which contains a picture of him. There is a golden rule or probably more than one but this one in particular. You never allow a photograph of yourself to be published wearing dark glasses. This gives the subliminal message that someone wants to be private and secretive. As I said yesterday you only have one chance to make a first impression in this first impression is not good. People want to see your face and particularly your eyes. Some people look through their eyes and some people stare out of them and I know which category I trust most.

And so, another Olympics draws to a close. I take great notice of how competitors act in defeat. I forget her name now but I was impressed by the lady who lost in all three categories of speedskating in two successive games and still is encouraged to go on. It may be that some people are just overwhelmed by the occasion. They can get it right hundreds of times in practice but when it comes to the real thing they falter. I remember one of the members of the four men bobsleigh team saying that he was just a normal boy from Manchester and all you can do is your best. If you fail ten times you still pick yourself up and go on. I do not agree with him on every aspect of that but if you can come up with that a few hours after the race then his spirit is strong indeed.

I also heard that North Korea wanted to start talking with America. The USA had the cheek to say that we will only start talking if you get rid of your nuclear weapons when they are one of the main suppliers of nuclear weapons in the world. I prophesy that there will be no peace talks because the economy of the United States of America. It depends upon three things; the supply of armaments for wars, pharmaceutical drugs and the interest from debt. With the latter it is about giving loans to countries but you find that those countries are ever indebted to the United States. I think that before long, the so-called economy of the United States or should it be disunited states will collapse.

You can only go on printing money for so long. I believe that 85% of the trading on Wall Street is in derivatives in other words you’re not trading in anything other than the expectations that shares will go up and down. It is no reflection of actual wealth. The USA also have a black budget bigger than the total expenditure of most countries but you can look that up at your leisure. I don’t recommend that for bedtime reading.

I also watched a film on RealEcon TV about the black budget of the Army of the United States. In 2016, it had a budget of $122 billion. The unaccountable transactions amounted  to 6 1/2 trillion dollars. That is trillion not billion. This could not be accounted for. Just thought I’d mention it. If you think I’m exaggerating, watch this video. 33m32s. I recall that the day before 9/11, Donald Rumsfeld announced that they could not account for $2.3 trillion. It looks like the American people are being robbed.