Every week I get a journal called “The Week” which is a summary of the interesting news happenings  in the media particularly the newspapers. There is a regular column that I always turn to first. It is entitled “It must be true – I read it in the tabloids”. There are normally three stories and this is the shortest one in today’s edition. “Three years ago, Dylan McWilliams was bitten by a rattlesnake while hiking in Utah. Last July, he was mauled by a bear while camping in his home state of Colorado. Last week, he completed an unlikely trilogy by surviving a shark attack while bodyboarding in Hawaii. The fish, thought to be a tiger shark, left teeth marks that needed seven stitches. McWilliams, 20, thinks he just has a tendency to be in the wrong place at the wrong time, adding: “I don’t blame the shark, I don’t blame the bear and I don’t blame the rattlesnake“.  How’s that for a laid-back attitude?

A rainy day for the most part. More psychic readings to do in the morning, one for someone in Spain, another one for a confused student in Germany. People don’t seem to believe that I require no information from them. All I need is a first name of the person as an identifier and then a question. That is all that is needed to establish the contact and off we go. Without any trace of modesty the German person that I did the reading for just said “you are amazing”.  I like hearing things like that because it means you’re not wasting people’s time.

Francoise came back from her painting class in Timsbury and we decided to go off to Bread and Beyond, my favourite ‘go to’ place for teas and self indulgence, Chewton Mendip, BA34LJ. If you want a really first-class light lunch with splendid meat pies and cakes to die for not to mention home-cooked bread this is the place to go to. Alice, the grande dame in charge, gets up at 2:30 AM to start baking. No wonder she looks tired at closing time at about 4:30 PM but bless her she goes on.

On the table were some cards advertising an art exhibition featuring the use of various types of paper, called “Art on Paper”. We decided on impulse to go for this reason. GPS is very useful when you are not very knowledgeable about whether the place is and tells you how long it will take you to get there. The Andelli Art Gallery is a converted house and has been so for four and a half years, owned by a delightful and vivacious couple who decamped from Crouch End, no less, in London. It was a delight to speak with people who were on our wavelength and the conversation was fast and furious.

First we met Andy from Wales. By coincidence, Alice, who runs Bread and Beyond is also from Wales, knows him, and she lives close by. The couple go quite frequently and partake of the splendid meat pies. Ellie his wife then arrived and we had 20 further minutes non-stop high speed conversation about a dozen different things. It is lovely to speak with people who can think on many levels and I do miss this in Midsomer. Its like you have to wake people up first.  They as refugees from London could not bear the thought of going back but instead visit as tourists and we do the same. The gallery has frequent visiting artists. They decided not to have a gallery in Wells because that would have cost between £20,000 and £30,000 per year in rent and who wants the pressure from that. Their home is more than sufficient to display 50 or 60 paintings.   I was enchanted by the whole, and immediately signed up for the next private viewing and said we looked forward to seeing them in a couple of months.

Most of my readers will be familiar with the so-called chemical attack where Assad for some mad reason apparently decided to attack his own people. Russia Today revealed that witnesses saw no evidence of an attack, no victims, no chemical weapons. In other words the whole thing was a complete lie. The Douma (that’s the town)  witnesses testified to the Organisation for the Prohibition of Chemical Weapons in The Hague, Netherlands. Multiple witnesses and participants in yet anaother fake White Helmets video testified at this obviously staged gas attack in the Syrian town as well as how the online video productions supplied to Western governments and media were part of the same “provocation” that Moscow had warned about in advance. 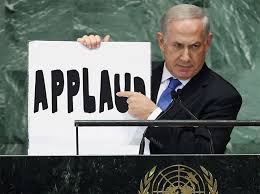 What did the BBC do about this? Did they report it? Not on your life. The BBC are as about as independent as a dog on a lead. They are controlled by, in order, Israel, who if you criticize their war antics in even a minor way they will complain that you are being anti-Semitic. My goodness, they keep on playing the Holocaust card time after time and people still fall for it. Secondly, we have the mighty American hypocrisy machine followed by the interests of large corporations of all colours, and finally the British government of the day. All political so-called facts announced by BBC News are skewed by the need to under no circumstances upset the mighty, the wonderful, the great controller of America, Israel.

You think I’m exaggerating? I wish I was. Try becoming a senator in the USA without swearing allegiance to Netanyahu. Look at the way his last appearance in Congress was preceded by 15 min of applause. They didn’t dare not applaud him but did so in a Psychophantic manner.

BBC produces propaganda, and the alternative press and people like Russia Today and Press TV present the news. Simple as.

On the other hand, the Young Musician for the Year is now playing on BBC Four. A few years ago would have been on BBC2 so BBC four is now the only bastion of quality left.  We sat in front of the fire watching the TV and it’s nearly the end of April. I hope somehow sometime this weather will actually warm up.