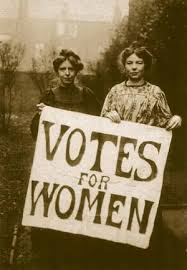 The anniversary of the suffragette movement has caused a great number of articles to be written about women and women’s empowerment so to speak. There is something threatening about this and I don’t mean threatening to me as a male I mean threatening to the stability of the family unit and our relationships in society in general. First off, I am not knocking the suffragette movement which was an absolutely necessary visceral protest about the assumed superiority of men to qualify to vote and the lack of women’s rights in general.

However, in recent years we have the rise of the dreaded Political Correctness which is neither political nor correct by the way but that’s another story. This blog is about anger. A future blog will be about the anger of men towards women so watch out for that.

Those of you that read my diaries regularly will be aware of my regular visits to Chalice Well, Glastonbury which is one of the main centres for the celebration of the goddess, the feminine attribute of the universe, the being possessing supernatural powers or attributes.  The many women who come to the pagan celebrations for the passing of the year (see my entry of 1 February) happily mix with us males before, during and after the ceremony of blessing. They do so partly because they don’t see people as primarily male and female but as a being that carries the light of the universe. In my view, the “bits” that we come into this world with are not so significant because we all have male and female within us. Anyway, I digress.

At the end of the ceremony, everybody holds hands and sends a blessing to the world. Some people linger at the well head, others stand talking and others process down to take a drink at the water tap. The water is reported to have healing powers. This is my little bit of heaven which I am fortunate enough to experience a few times a year. The idea is that you carry it away with you to daily life.

One of the delightful attributes of these occasions is that you can talk to anybody. I open up conversations with women that I have never met and do not know and always receive a pleasant response. I do not think these women see themselves as empowered but just as women that the universe intended them to be. I want to invent a word now and that is not empowered but ’embitched’. Let’s face it, there are a lot of women around who have been hurt. Some of the time it has been by their father or by a boyfriend. In the case of the former, there was not much they can do about it. In the case of the latter, I wonder in how many cases they ignored their intuition and let their hearts rule their head and thus got themselves into trouble. That is a talk for another day and I’m not saying there frustration and hurt is unjustified, but they do bring problems on their own heads, a bit like us males. The problems start when you blame others and don’t take responsibility.

The problem escalates when this frustration and hurt is turned into anger and indeed hatred. It is comparatively easy for one angry person to meet another angry person because they are on the same wavelength. It is also easy to politicise this and form a pro feminist or anti-men group of which there are many. I use the analogy of a swarm of wasps. The common denominator of these people, these men haters, is that they lack one thing. Peace of mind. Instead of facing their issues and seeking therapy of one form or another they externalise their problem and in the most ridiculous manifestation of generalisation, blame men as a genre. Wounded people, as they are, are characterised by a complete lack of a sense of humour, fun, joy because their state of mind controls them.

Because hatred and anger are the basis of this, no good will come of it. In fact, no good ever comes from starting anything, a movement, a talk, a workshop if your heart is full of hatred. The only constructive basis is to see a vision of what things could be like. Do these women haters require the removal of men? Do they want a female only planet? What are the logical conclusions of their hatred? If a stance does not stand up in the long-term, it does not stand up at all.

Going back to my own stance as a practitioner of old, I used to do dowsing on the human energy field using a pendulum in fact I still do. Everyone who comes into this life has a balance between male and female energies, you could say between the yin and the yang. here is one quote to clarify that.

“The Pentacle – The ancients envisioned their world in two halves – masculine and feminine. Their gods and goddesses worked to keep a balance of power. Yin and Yang. When male and female were balanced, there was harmony in the world. When they were unbalanced there was chaos.”
― Dan Brown, The Da Vinci Code

The whole point about being a balanced person is that your male and female is balanced within your own psyche. Again I quote

When we practice sacred sexuality we are working with cosmologically rooted principles, balancing the heavenly yang (male energy) of the universe with the all-knowing, life-giving yin (feminine energy) of the earth within ourselves.”
― John Maxwell Taylor, Eros Ascending: The Life-Transforming Power of Sacred Sexuality

What I found with women in particular who had problems with their father, their ratio of male to female was artificially high in terms of the male so let us say they came into this life with a ratio of female to male 70-30. I do have the ability to go back in time and do readings on the pre-birth situation or condition of the soul shall we say. I then compare this reading with the current situation and I find that the ratio has flipped the other way. The male element has been artificially increased for purposes of self protection, as a pre-emptive strike against being further damaged and hurt. In this state, they cannot be at one with themselves because it is artificial. Accepting what I have just written assumes a certain espousal of the idea of energy work and I do understand that this will be too much for some of my readers. So be it. I’m just telling you what I found and found consistently over many years.

Would you understand that this situation is very uncomfortable for women, as indeed it is for men who have been emasculated by for example a dominant mother. In cases such as this, all I can do is to point it out bearing in mind that deep rooted situations can take a long time to change. In some cases I am stared at like a rabbit caught in headlights, and in other cases my words are received gratefully and an era of new understanding dawns.

The fact that these angry women have a habit of gathering together in politicised groups does not strengthen  their case. They makea pretend functional entity by ridiculing men as a group and bullying them. Sensitive man doesn’t have a chance. With anger and hatred as a basis, I can guarantee that not one single useful result emerges because diversity and divisiveness are a cul-de-sac and only the desire for unity, a higher common purpose if you like, can bring us forward either as individuals or as members of society.

I see women behaving the most disgusting way, flaunting their bodies, cheating and lying their way for their own advantage but I do not condemn women for this reason. I condemn the ‘sin’ or restriction or ignorance of one particular person or circumstance. When I associate with what I call ‘real woman’ I regard it as a privilege to be in a complementary situation (opposites are complementary) and enjoy the conversation. I do not feel threatened. They do not feel threatened because they have <fanfare of trumpets> PEACE OF MIND.  I do not feel I have to justify myself. I enjoy the diversity of human consciousness.

So, angry ladies, the problem lies in yourselves and your inability to forgive those who have hurt you. Anger and hatred result in a loss of personal dignity whatever the reason. Bear in mind that the people who have hurt you were not necessarily aware of what they were doing because they themselves were acting defensively and sometimes attack is the best form of defence. I am not praising men at the expense of women.  I’m pointing out a flaw in human nature which is applicable to any situation. We should all deal with our anger but not splurge it around the place. Anger consumes. 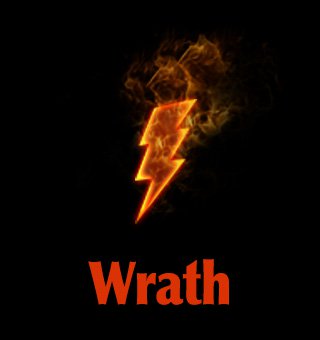 To finish on a biblical note, from the gospel of the Ephesians “do not let the sun go down on your wrath,  nor give place to the devil” . Wrath or good old-fashioned anger is one of the so-called seven deadly sins. They are called deadly because they kill. deadly = death = kill. geddit? This is clearly not so much about the body but about the spirit. As you sow, so you will reap. This is a universally applicable principle, an inexorable cause-and-effect situation which has been around since time immemorial. Maybe better take some notice?