For me, Sunday wouldn’t be Sunday without some type of religious worship and I won’t let the fear mongers beat me. The Church of England has been enterprising enough to produce a church online website where we can join them for weekly virtual services, screened each Sunday with streaming at other times.

It’s easy enough to operate, a few clicks and you are there. I visited All Souls Langham Place to find a children’s service, apparently, going on but I ended up at the Church of St Peter and St Paul, Doulting which is near Shepton Mallet. The preacher sat at his desk and exhorted us to have faith and a positive attitude.  A lady sang hymns accompanied in various locations  by someone playing the violin and also a pianist.  It was comforting. 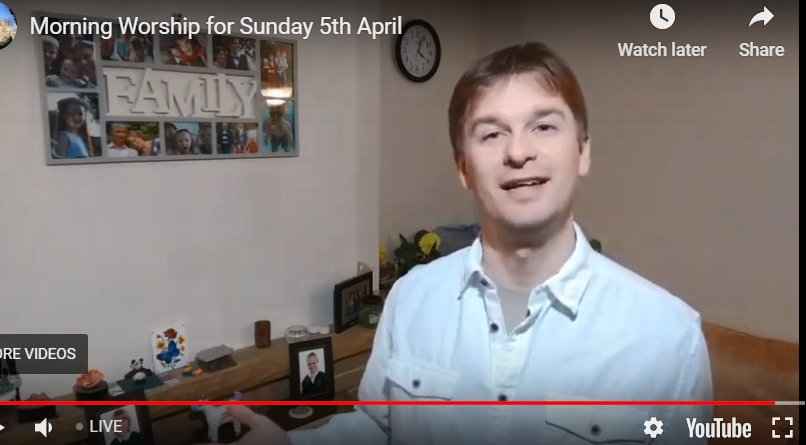 Clive de Carle who sells high-quality vitamins has been told that from tomorrow, the UK government will not allow him to promote or sell items of this nature.  It’s amazing how they are bringing legislation in quietly while everyone is at home.  Anyone who thinks all this is just coincidence really needs to start thinking.

Strange, they allow us to keep off-licences opening yet close garden centres, the very thing people need to do for health is to be in contact with nature.  Garden centres are normally bigger than establishments for selling food so if you still believe that you need to stay 2 m apart from somebody, that would be even less of a problem.  I think all logic has gone out of the window, in fact I know it has.

Jim Corbett of the Corbett Report thinks that this is the beginning of a world reset where as from now nothing will be as it was before.  I spoke to a friend in Germany who says that they are not in lock down, people are allowed to go out so long as they maintain distance between them so people play sport and so on.  This has been going now for about two weeks. My friend is in a senior position at work and is trying to maintain the morale and the optimism of her staff.

She does not feel worried about the future and feels that they will go back to work in due course and that there will be a job to go to. I could not say this of Spain or Italy.   The Germans are a disciplined lot and will do what they’re told much better than the anarchy and laid-back attitude of many of us Brits. My friends said that in Germany the police were not in evidence as they did not need to be.  I believe that in Northern Ireland if you disobey the rules and go out without a good excuse you will get fined huge numbers of euros.