I love words, in case you hadn’t gathered.  It irritates me when I hear a word that I do not understand and I write it down and check it as soon as possible. 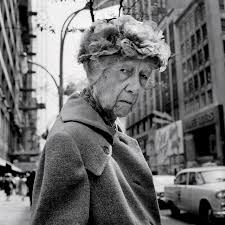 Gerontophobia. Gerontophobia is the fear of age-related self-degeneration (similar to Gerascophobia), or a hatred or fear of the elderly due to memento mori. The term comes from the Greek γέρων – gerōn, “old man” and φόβος – phobos, “fear“.  questioned – in the UK are we becoming more gerontophobic?   I can’t say I’ve noticed but maybe Young people have stereotypes of older people who live in houses, larger than they need, and live of their pensions when in fact they should vacate their large properties and make them available to those more in need.

It’s related word is Gerascophobia  which is a clinical phobia generally classified under specific phobias, fears of a single specific panic trigger. Gerascophobia may be based on anxieties of being left alone, without resources and incapable of caring for oneself due to age-caused weakness. 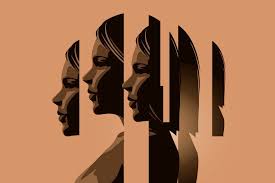 Yesterday I was introduced to the word ‘liminal‘ by the director of the Scientific and Medical Network.

This relates to a transitional or initial stage of a process, (equivalent to nascent hydrogen in chemistry?).  It can also mean occupying a position on both sides of a boundary or threshold.

Liminality In anthropology is the quality of ambiguity or disorientation that occurs in the middle stage of a rite of passage, when participants no longer hold their pre-ritual status but have not yet begun the transition to the status they will hold when the rite is complete. I think some of the youngsters today are in a perpetual liminal state. We suffer deeply in the UK because of lack of ‘rites of passage’ and as a result youngsters have to prove themselves by such bizarre activities as stabbing someone in order to get approval of a group.

We had plenty of words today, four hours to be precise,  at the second and final day of my Zoom conference. I’m getting to like Zoom more each time I use it. Again, there were 80 of us and we were listening to Dr. Larry Dossey discussing the nature of consciousness and the infinite mind. After his talk, I had a moment of inspiration. I went to my library of books and pulled out three of his.

To my absolute amazement I discovered a note that I wrote to  Larry in 1998 telling him that I had bought his book in Singapore and was reading it to my wife on Christmas Day in Penang. I so much enjoyed telling him and everyone. With Zoom, if you want to talk, click little hand by your name on the list and that’s like putting your hand up.  They can also see in which order the hands were put up. I must say they’ve thought of everything.

A thoroughly transforming day. Eternity,  and unlimited consciousness is a state of mind which I will try to dwell in more often. Being co-existential with the universe is really cool and is the ultimate security.